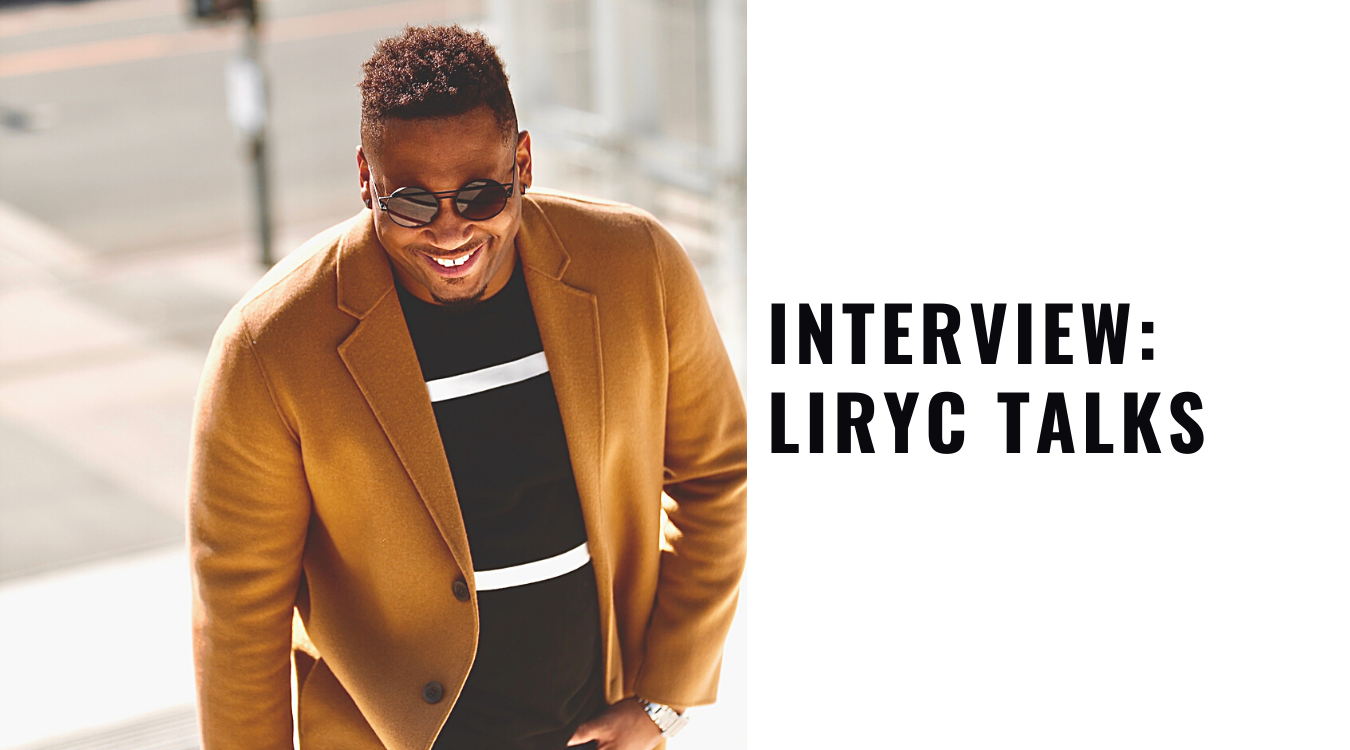 Reviews & Dunn – Growing up was there a particular performance you can recall seeing that made you want to pursue a career in music.

Liryc – Believe it or not, KIDS, Incorporated, that show on Disney with kids my age performing hits of the day (practically the 1st version of KidzBop) had me thinking, and I could do it also! (One time for finding out the black boy was Rashaan Patterson and “Get to Where You Are” lives rent-free in my playlist!)

Reviews & Dunn – What was the first R&B album you can recall purchasing with your own money?

Liryc – Wow! I was BLESSED to discover BMG cd club! 12 discs for a penny! I. signed. All The way, up!  That batch was life altering! Brian McKnight (Back at One), Monica (Miss Thang), TLC (Crazy. Sexy. Cool), 112 (Self-Titled), Toni     Braxton (Secrets), Aaliyah (One In A Million), Mint Condition (Diary of a Mad band), Total (Self-Titled), SWV (New Beginning), Mariah Carey (Butterfly), The Braxtons (So Many Ways) and funny enough, I can’t recall the last one!  I was a sponge!

Reviews & Dunn – How do you feel music has changed in the age of COVID?

Liryc – With Covid, there has been a lot of time on consumer’s hands to discover. The two instances that come to mind are the teenagers discovering “In the air tonight” by Phil Collins on YouTube and the TikTok nation discovering “Dreams” by Fleetwood Mack because of the cool ass skateboarder! There is NOTHING better than feeling THAT feeling of hearing something you love for the first time! I know that it drives me. Music is in a sort of renaissance kind of, like when we were coming up, commercials were introducing us to music from the past 30 years and it is happening again

Reviews & Dunn – What was the inspiration behind the title of your new project Doors.

Liryc – The title song itself hit me with that feeling I was talking about earlier. The first time I heard the mix, I got those proverbial chills and that sense of wonder! “Did I make this?” It remained a favorite and ABSOLUTE standard for the rest of the project over the years. I believed in that song to the point that I tried to submit it for a few projects and everyone passed on it. (I secretly celebrated) Some songs are just that personal and it has remained so close to my heart. Lately, “Doors” refers to walking through any obstacle to get the project done and when one door closes, another one opens!

Liryc – “Hold On” is one of my favorites on the album. How long did it take you to write that one? Hold on is so real to me. The instrumental was actually for Chris Joel Higgins (heard in the intro with his encouraging self because that is just who he was). My “brother from another mother” was the dopest singer and best friend who NEVER had to ask for tracks from me! However, it was never recorded due to different circumstances .When he passed April 8, 2019, I was devastated. Music became therapy and his [first] verse and b-sec was a freestyle from the heart. It just flowed and I could NOT get a second verse to “bring it back around”. Then tragedy struck again. June 24, 2020, Garry Linwood Bates, Jr. (speaking at the end) who had moved to L.A. with me in the initial trenches of Hollywood after cutting our teeth at Old Navy with dreams back in Boston together. I have never met a better person. Two best friends in a year and half. I was in no shape to do anything. Fast forward to vacation at Hard Rock Cabo. I am booked for an hour in the studio and no particular song ready to go but I had brought a few tracks. “Hold On” was one of them and Garry’s verse and the bridge came flying out the pen. I bellowed the chorus through tears.  When I found their voicemails/recordings, the very last session, here at home, it was too much. It ached. I miss them daily and I am certain they are now my guides.

Reviews & Dunn – If you had the ability to time travel, would you rather see The Jacksons Victory Tour or Prince’s Purple Rain tour?

Liryc – **Sings** “Purple Rain! Puuurlpe Raiiiiiin!”  I live for Michael and the Jacksons but I DIE 4 Prince! He was and is the ultimate. With his passing, I mourned the fact that my very standard had gone. There was NOTHING he could not do! Jazz, Funk, Blues, Gospel, Rock, Soul, Country, Pop, whatever! IN ADDITION, he could play it all! My dude GAVE away hits because they were so plentiful. He was even writing under aliases. It’s just mind numbing how much of the G.O.A.T. he was!

Reviews & Dunn – You get a phone call from Donald Glover and Tyler Perry both want to use “Witness Protection” on their respective shows. Who would you license the song to first?

Liryc – How dope would it be that EITHER would make my hometown Atlanta proud! (I am receiving it!) I have to go with Donald on this one! The song is intentionally sparse like a lonely, cold corner right before sunrise and I would be SUPER curious to see the visual it could be partnered with! Probably a dope slow motion montage involved! Now I am getting New York Undercover vibes! *laughs*

Reviews & Dunn – What advice can you offer to aspiring singers?

Liryc – Listen to EVERYTHING (Even Dolly Parton got dope runs, don’t sleep!) and become a student to the craft. The more you hear, the more you learn. Figure out WHY you love your favorite singer and learn to trust your ear!

Reviews & Dunn – When it comes to snacking, Cheeze-Its or Goldfish?

Liryc – Come on! EXTRA CHEESY Cheez-Its! I can only find them regularly at my local Ralphs so it’s ALWAYS 2 in the cart when I roll up!

Reviews & Dunn – Is there anything you would like to add?  Where can fans find you on social media?

Liryc – I am really blessed to put out another album. Like REALLY blessed. Atlanta and Berklee College of Music are always with me (Pedigree) and I am grateful that God chose me as a vessel to create! I am totally addicted to Instagram (@Liryc_), just got on TikTok (@LirycWroteIt) and pop up on facebook.com/LirycWroteIt!

One and DUNN!! Thank you for the opportunity!