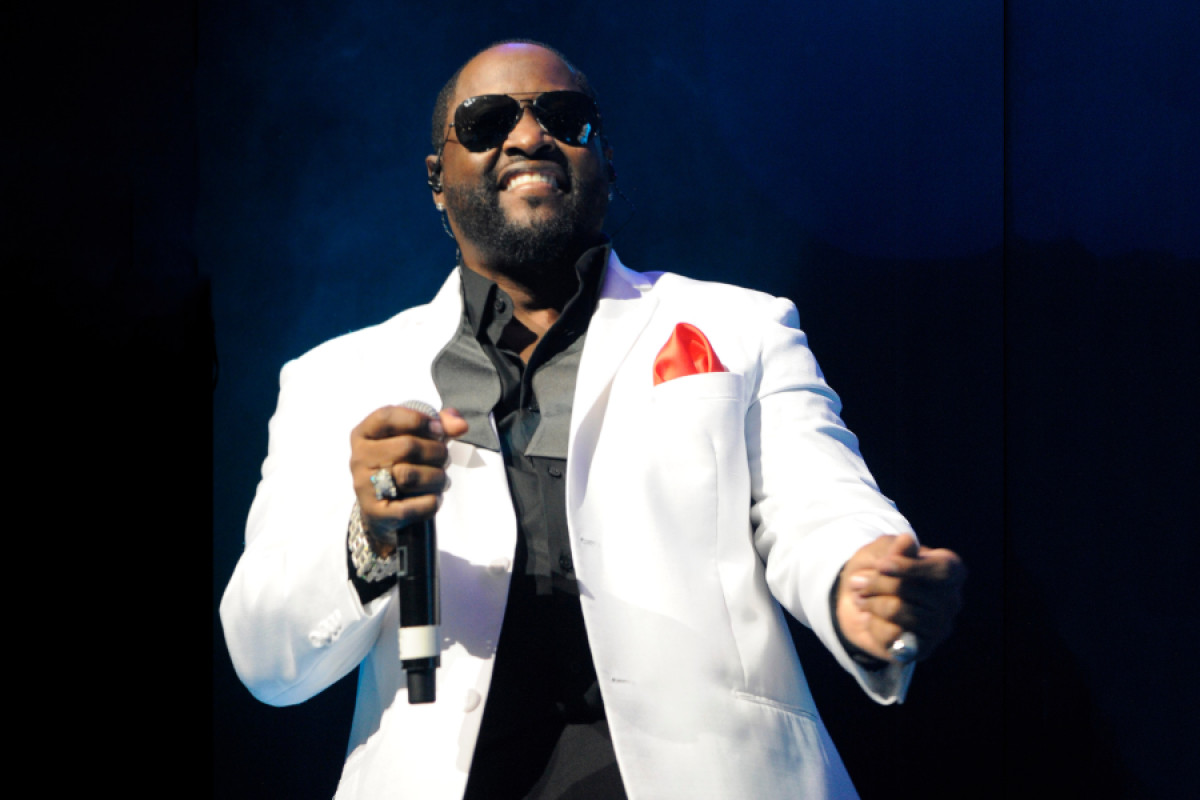 The Birchmere Music Hall in Alexandria, VA, enjoyed the soulful sounds of Johnny Gill on July 27. Washington D.C. native, Gill, entertained the audience for ninety minutes through a hit-filled set. “Fairweather Friend” from Gill’s 1990 album opened the show, which was refreshing as I thought Gill would begin the show with a ballad.

I was also surprised to see Gill’s talent as a musician. While I knew that Gill could play the guitar, I had no idea he could also play conga drums. Watching Gill transition from a 2-step dance to playing instruments was a sight to see.  Gill continued to work his way through set focusing on the up-tempo material, which included a funky rendition of Maze’s “Before I Let You Go.”

Now that the venue was warmed up, it was time for Gill to transition into his slower material. Gill began the ballad section of his show, with the trio of “This One’s For Me & You,” “Game Changer,” and 5000 Miles from his 2014 release Game Changer. Gill then transitioned into one of my favorite songs from his catalog, “It Would Be You.” One of the best things about “It Would Be You” is the simplicity of the song.

Gill allowed audience members to showcase their singing talent, which was shocking and humorous as you never know which type of voice someone has. However, when Gill’s brother Randy made a surprise appearance to showcase his voice during the song, the audience erupted with applause.

Gill continued to work his way through his set, and my night was made when he sang two of my all favorite songs. Every music fan knows that Gill is also a member of New Edition, so the night wouldn’t be completed without hearing “Can You Stand The Rain.” Gill also performed his 1992 hit, “There U Go,” which I haven’t seen him sing live since 1997.

As the night winded down Gill, paid homage to his friend, the late Gerald LeVert, by covering one of Gerald’s signature songs “Baby I’m Ready” and speaking on his friendship with LeVert. Gill also performed “My Body” from the LSG project he did with Keith Sweat & Gerald LeVert. Gill closed the night out with his two signature songs, “My My My” and “Rub You The Right Way.”

Johnny Gill showcased immaculate vocal control during his debut Birchmere appearance. As one of the best balladeers of his generation, Gill continues to keep the love song alive. While I continue to wait for a New Edition tour, a Johnny Gill solo performance fits the bill just fine.