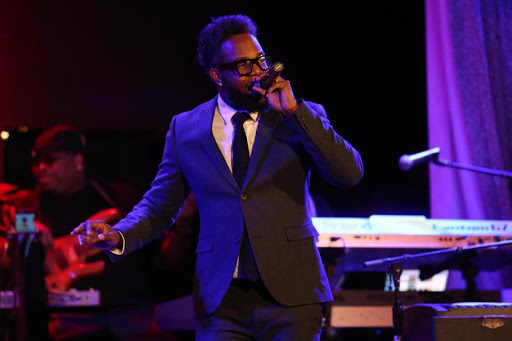 Detroit soul singer Dwele returned to Washington D.C.’s City Winery for two sold-out back to back shows on February 15th, 2020. While Dwele, may be known as the hook singer for numerous Midwest hip- hop artists (he’s worked with Kanye West, Slum Village, and PRhyme), Dwele is a vastly talented musician with an impressive catalog.

Dwele opened the ninety-minute show with the jazzy hip hop flavor of “Workin’ On It” from his 2008 album, Sketches of a Man, before making a smooth transition to “Holla” from his 2005 release Some Kinda. At forty-two years of age, Dwele commands the stage like a seasoned professional, and it’s clear that he has a vast appreciation for the art of live performing. What I enjoy most about Dwele’s shows is that he caters to his base and not just the mainstream audience. Dwele’s setlist was a mixture of hit songs such as “Find A Way” and “I Think I Love You” as well as album tracks, including “A Few Reasons.”

One of the signature themes of the Dwele live concert is his ability to take a song and remix the into a different genre live on stage the song choice for this performance was Washington D.C. native

William Devaughn’s 1974 classic “Be Thankful for What You Got.” Dwele remixed the song with aspects of hip hop, reggae, salsa, and of course, go-go.

Dwele also took the time out while on stage to showcase his own musicianship by playing the piano and trumpet. While I’ve been a fan of Dwele since 2004, I didn’t know he could also play instruments until seeing him live for the first time last year. I generally enjoy all of Dwele’s music; however, I’m more partial to his slower material. As it was Valentine’s Day, Dwele took the time to bring a couple on stage for a performance of his slow jam “Obey.”

With six albums throughout his twenty-year career, Dwele has no plans on slowing down. Dwele’s live show is a testament to my opinion that to truly experience a singer’s talent, you must see them live. When he returns to the City Winery this summer, I highly recommend you check him out if you’re in the D.C. area.

“WHAT’S NOT TO LOVE“ 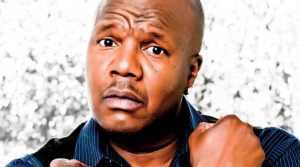 Earthquake provides the Arlington Cinema & Drafthouse with a night of laughs

D.C. Native and comedian Earthquake graced the stage of the Arlington Cinema and Drafthouse on Thursday, March 20th, 2021, for a night of laughs. It had been a few years since I had the chance to see Earthquake live, so when I found out he was in the DMV, I decided it would make for the perfect date night with my wife.. 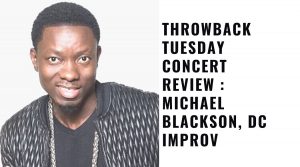 The man dubbed The African King of Comedy; Michael Blackson brought his hilarious comedy style to the DC IMPROV on Thursday, May 25 2017. The show was the first of his eleven sold-out shows over the Memorial Day weekend. 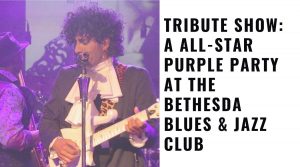 June 7, 2017, marked what would have been the fifty-eighth birthday for one of the world’s most iconic music figures, Prince. A year after his passing, many of his fans are still in mourning. However, on Wednesday night, the spirit of Prince was alive & well with The Prince Tribute Show: A All-Star Purple Party at the Bethesda Blues & Jazz Club.