4U – A Symphonic Celebration of Prince

4U – A Symphonic Celebration of Prince made a stop at Wolf Trap in Vienna, Virginia, on Saturday, September 8th. The essence of Prince was alive and well throughout the night as an Orchestra paid tribute to the artist and his legendary catalog.

Curated by Questlove (drummer for the legendary hip-hop band, “The Roots”), 4U – A Symphonic Celebration of Prince features musicians who played with Prince throughout his legendary career. Upon announcement of the show, fans might have been a bit skeptical of the show, as Prince’s music is as close to perfection as you can get, and it is often hard to duplicate.

However, knowing that Prince’s estate approved the show, as well as Questlove’s music knowledge and love for musicianship, I didn’t have any fears. Before the show began, Questlove let the audience know that the show contains two parts. The first portion of the show would focus on the album tracks and lesser-known material, while the second half of the show would feature the hits.

As a music fanatic, I would have been happy to only hear the hits. However, as a Prince fan, I was elated to know that I would get a chance to listen to rarities from Prince’s catalog. Brent Fischer, who has worked with Prince in the past, is the show’s arranger and served as the conductor.   The first half of the show opened with “Controversy” from Prince’s same-titled 1981 album. “Something In The Water Does Not Compute” and “Automatic,” from Prince’s fifth album, 1999, were also performed.

I must say the lovely arrangement of one of my favorite songs, “Venus DeMilo,” from 1986’s Parade album was my favorite of the night. The first half of the show closed out with a rousing rendition of “1999”, which had the entire venue on their feet.

After a brief intermission, the musicians returned to the stage to perform the more popular songs in Prince’s catalog. It would not be a Prince Tribute show without hearing “Little Red Corvette” or songs from the iconic Purple Rain soundtrack. “Let’s Go Crazy,” “The Beautiful Ones,” and my personal favorite “Baby I’m A Star” were a part of the setlist.  My favorite performance of the night had to be “Baby I’m A Star,” which I didn’t think could sound funky with an orchestra arrangement.

It has been two years since we lost Prince, but the music lives on. Questlove and Prince’s estate have created a show that both casual Prince Fans and fanatics can enjoy. While the show does not feature any singing, I was so impressed with the orchestral arrangement, and it did not matter. I highly recommend checking out 4U – A Symphonic Celebration of Prince. 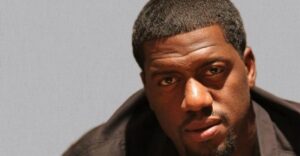 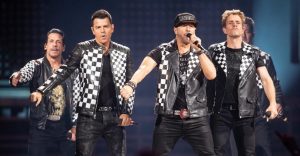 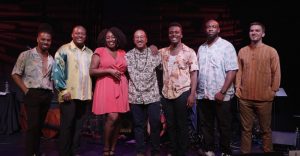