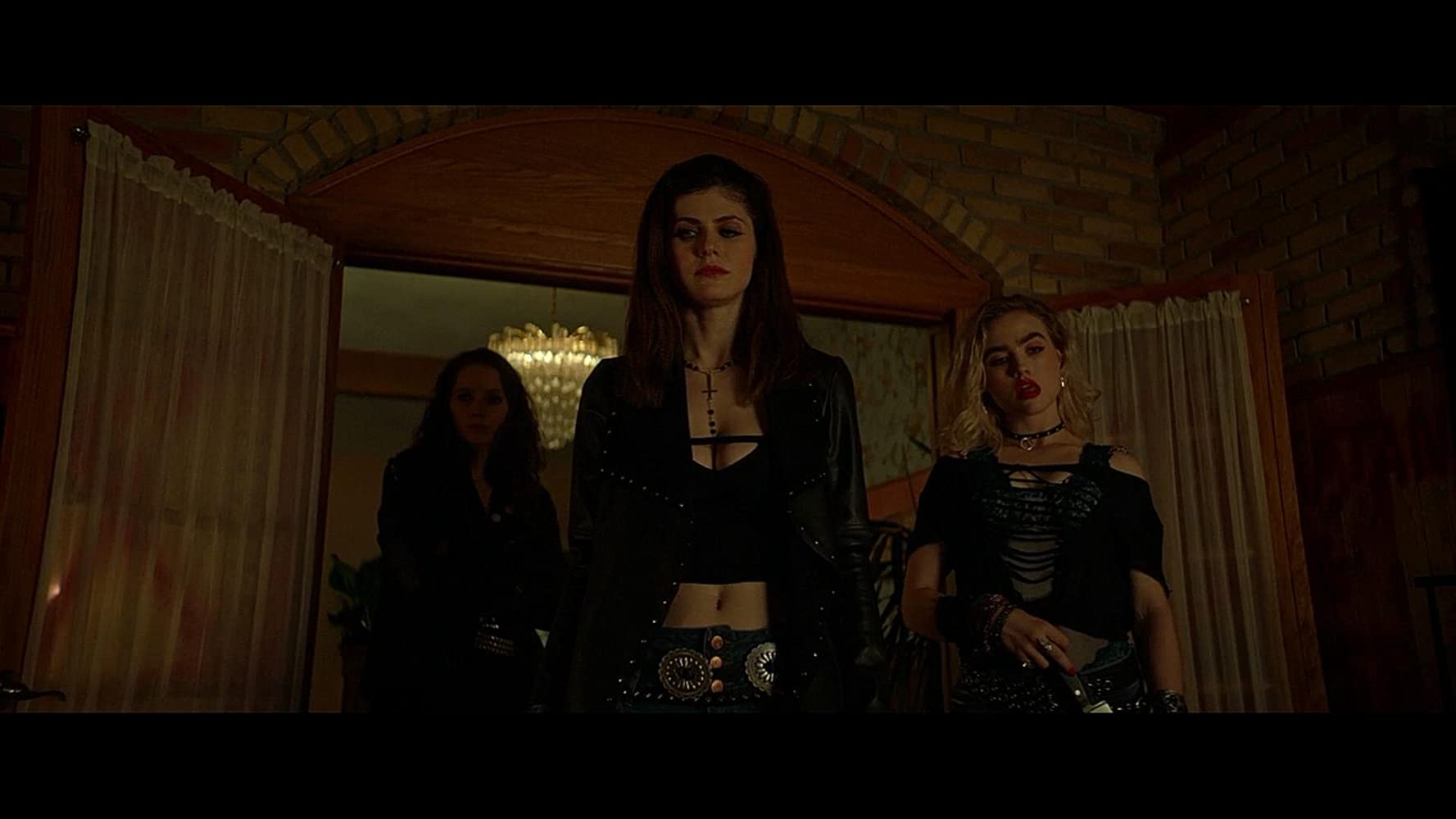 Horror fans deserve better than We Summon the Darkness

Director Marc Meyers transports moviegoers back to the eighties in the horror flick. We Summon the Darkness from Saban Entertainment. Alexis Butler (Alexandra Daddario) and her friends Val (Maddie Hasson) and Bev (Amy Forsyth) are on their way to a heavy metal concert. While traveling, the girls nearly get into an accident after a blue van hurls a milkshake at the girl’s jeep window.

When the girls arrive at the concert, they notice the blue van and pull a prank to get their revenge. The occupants of the van are three friends Ivan (Austin Swift), Mark (Keean Johnson), and Kovacs (Logan Miller). The girls and boys hit it off, and after the concert, everyone heads off to Alexis’s country home for an after-party.

What the boys don’t know is that the girls are actually a part of The Daughters of the Dawn. A church that has murdered eighteen other people to create fear and send more people to their religion. Upon learning their drinks were spiked, it’s a classic battle of boys vs. girls for survival.

I walked into We Summon the Darkness, not knowing what the film was about. Based on the trailer, I expected something in the vein of Ten Little Indians; instead, I got a slow-moving film with a mediocre plot. Alexandra Daddario does what she can as our lead, but Alan Trezza’s script should’ve given her more. The rest of the cast appears to be on autopilot, and there wasn’t one character that I had to desire to root for.

In obvious stunt casting, Johnny Knoxville shows up in the last ½ hour of the movie and is terribly miscast. Also, the film is only ninety-one minutes, yet the pacing is so slow that it will feel almost two hours. Not to mention for a slasher film, the kills are pretty tame.

The initial plot for We Summon the Darkness is a good one, but director Marc Meyers never fulfills the film’s promise. Recommended only for die-hard horror fans.