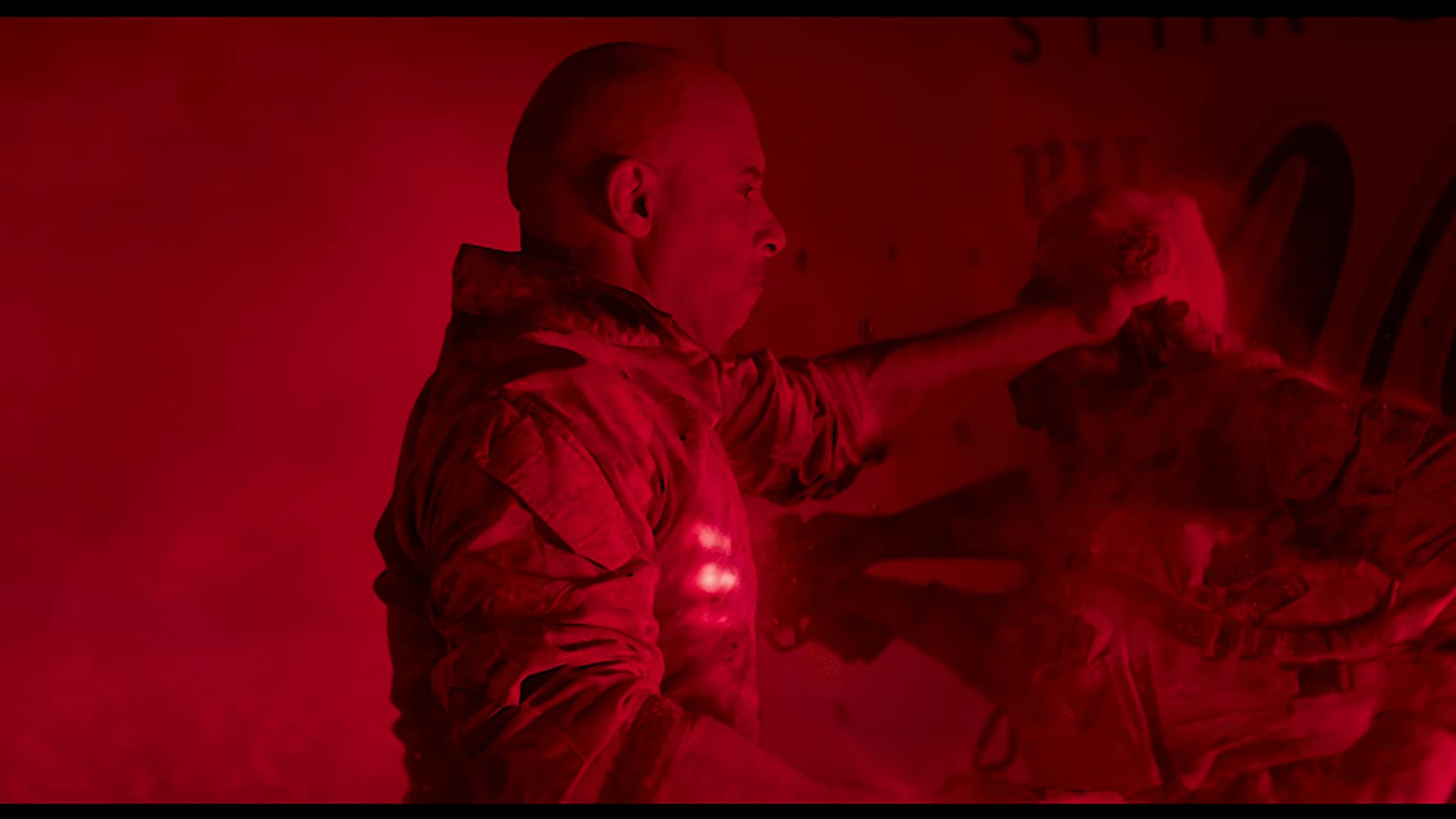 Dr. Harting (Guy Pearce) brings Ray back to life and enhances his body with nanotechnology, which turns Ray into a killing machine. Deciding to seek revenge for his murder as well as his wives, Ray teams up with up KT (Elza González), a fellow super solider. Soon Ray learns from hacker Wilfred Wigans (Lamone Morris) that there’s a big conspiracy afoot.

Growing up as an avid reader of Wizard magazine, I can recall seeing advertisements for Valiant Comics and one of the signature characters, “Bloodshot.” However, I never got around to reading the comic. Based on the design of the character and I always thought Bloodshot was a Yakuza assassin or a mask less ninja.

Walking into the film, I was hoping to leave the theater with a desire to read the comic; sadly, the movie did little to provide this motivation. On the one hand, I didn’t walk into Bloodshot, expecting a superhero film on par with the Marvel and DC cinematic universe. All I wanted was some decent fight scenes, quotable one-liners, and great looking special effects. Now while Bloodshot has all of these aforementioned things, the execution is sloppy. Diesel is ok in the role, but there’s nothing we haven’t seen him do before. In hindsight, if you strip away the comic book connection, Bloodshot could easily be another entry in the Xander Cage franchise.

Guy Pearce phones in another performance that screams, “I’m only here for a paycheck.” It’s hard to believe that Pearce is now doing work that’s beneath his caliber as an actor. Even his hired goons don’t have much of a personality.

It’s a similar sentiment with Elza González’s performance as KT. Fresh off her star-making performances in Baby Driver and Hobbs & Shaw, the actress gets one fight scene to shine, but the rest of the time, she’s just eye candy. The only saving performance of note is Lamone Morris, who provides comic relief as Wilfred Wigans. Now while I did enjoy Lamone’s performance, I wish they didn’t give his character a British accent since fans of the actor’s work know he isn’t British.

The script by Jeff Wadlow and Eric Heisserer is predictable and may remind viewers of numerous different ninety’s films. While director David S.F. Wilson, who has a background in video games, gives the film that type of look in terms of cinematography. Perhaps if Bloodshot had gone direct to the home market (i.e., Netflix) or even the anime route, the result would be better.

Bloodshot isn’t a bad movie, but a mediocre one. With a PG-13 rating, over usage of CGI and paper-thin performances, it’s one comic book adaptation that you can skip.