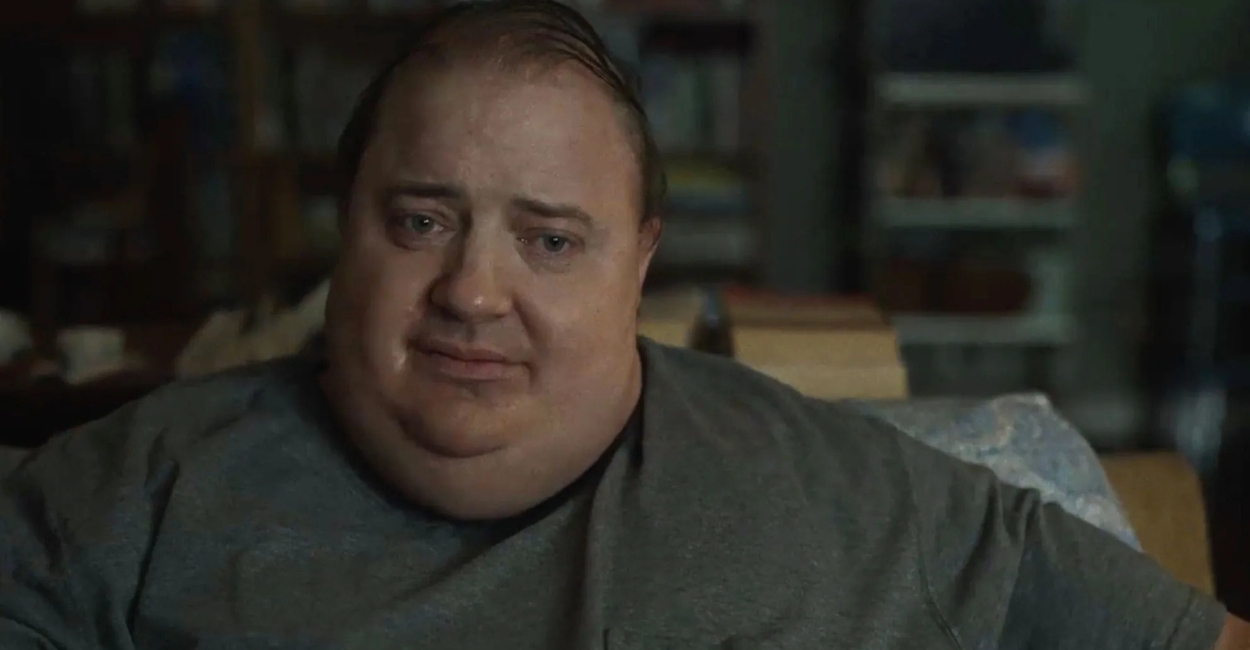 Brendan Fraser delivers a career best performance in The Whale

Love him or hate him, filmmaker Darren Aronofsky teams with comeback kid Brendan Fraser for his eighth feature film, The Whale from A24. Playwright Samuel D. Hunter pens the screenplay as an adaption of his same-titled play.

On the outskirts of Mormon Country, Idaho, Charlie ( Fraser ), a six-hundred-pound recluse with a penchant for eating himself to death, hides away in his apartment. Charlie is a remote English teacher who spends much of his time engrossed in gluttony when he is not working on educating college students. As far as Charlie is concerned, his only real connection to the outside world is his friend Liz (Hong Chau). Then one day, Charlie makes contact with a local youth missionary, Thomas (Ty Simpkins), whom Liz has an aversion to and wants to avoid at all costs.

With the knowledge that he has little time left, Charlie reaches out to his long-estranged daughter Ellie (Sadie Sink), to provide closure to his long-term estrangement. In a desperate attempt to reestablish a relationship, he reaches out to her and finds a viciously sharp-tongued, troubled, and wildly unhappy teenager. It is a story that unravels over a few days as a man’s last chance for redemption plays out in front of our eyes. There is also a story that tells of the surprising place where beauty can be found that you might not have expected.

The opening moments of The Whale may instantly turn off some viewers; however, if you know the style of Darren Aronofsky, then you already know what to expect. Aronofsky has spent the last decade trying to bring the film to the screen, and the movie primarily only has five significant parts. So in that regard, I won’t let viewers know by no means is this a commercial film.

In hindsight, this is a depressing film, carefully choreographed by a sure-fire Academy Award nomination from Fraser. Aronofsky sets the bulk of the movie in Charlie’s home. As Brendan Fraser eats, chokes crawls, fights, sobs, and moves through scenes, he becomes completely immersed in the environment. As the story progresses, we learn why Charlie did this to himself. When the reveal occurs, the audience fully comprehends why he did it and why he thought it would be a clever idea.

The film is primarily about Fraser, but there are moments in the script when Hong Chau and Simpkins can shine while their arcs are developed. If this year were less crowded, Sadie Sink would also be a topic of Oscar discussion. Sink’s ability to capture the emotion of Ellie’s visit to her father, whom she demonizes and wishes were dead, is truly exemplary. As a result of Charlie’s offer to help her proofread an essay about Walt Whitman’s poem “Song of Myself,” she decides that it’s worth a try to give him a chance.

Like most Aronofsky films, I doubt I’ll ever watch, The Whale again. However, one thing is for sure, Brendan Fraser needs to dust off his Oscar tuxedo.

The Whale is in theaters now.