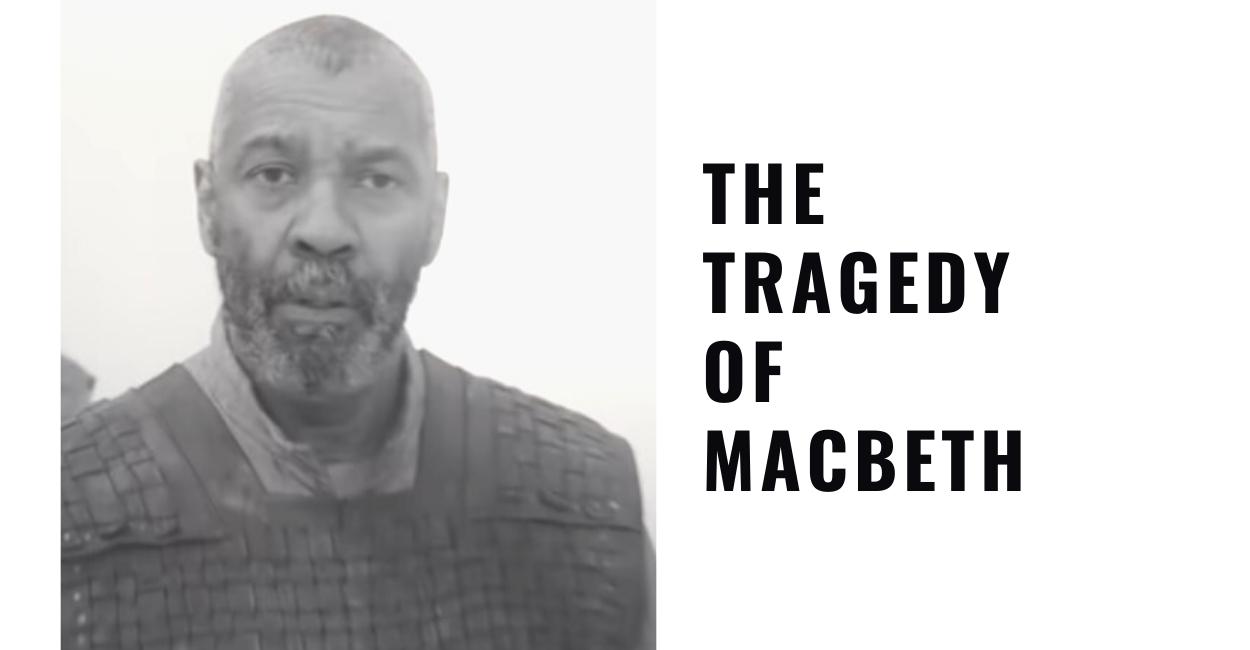 The Tragedy of Macbeth is a faithful adaptation

A trio of Academy Award-winning talent collaborates for a Shakespearian adaptation in The Tragedy of Macbeth from A24. Joel Coen helms and scripts the film while Denzel Washington and Frances McDormand step into the roles of Lord and Lady Macbeth.  The story hasn’t changed and still centers on power-hungry Macbeth (Denzel Washington) who sets his sights on the Scottish throne after receiving a prophecy from three witches.

Before the opening credits appear on screen, Coen introduces us to Macbeth, who is visually exhausted from war. Thus, the promise of success and riches is appeasing for Macbeth. Naturally, Macbeth’s wife is impatient and encourages her spouse not to waste any time, setting him on a violent downward spiral.

One of the first things you will notice about the film is the glorious black & white and the Aspect ratio. This overall look gives the film the vibe of a stage play which makes sense as Coen shot the movie on soundstages. Coen and his cinematographer Bruno Delbonell have crafted a lush cinematic experience. In addition, if you are familiar with the source material, you know that our leads are noticeably older than the source material. However, as our lead actress puts it, this decision puts pressure on their ambition to have the crown. The most crucial distinction is that it is their last chance for glory.

I think this choice works well and Washington and McDormand avoid the lustful angle that fills the play and instead portray the characters as business partners. Regarding the acting, it’s top-notch. Washington is no stranger to Shakespeare, having previously portrayed the titular character in the 2005 Broadway revival of Julius Caesar. Washington continues to show why he’s one of the best actors working today with something simple as the way he glances at another character.

Similarly, McDormand walks through her roles with ease, and like Washington, she could do this role in her sleep. It will be pretty surprising if both actors aren’t the recipients of Nominations this awards season. The supporting cast includes Kathryn Hunter as the witches, Sean Patrick Thomas as Monteith, and in a scene-stealing performance by Corey Hawkins as Macduff.

Hawkins’s face-off with Washington’s Macbeth in the film’s climax is worth the price of admission alone.  I will point out that Coen chooses to use the original English dialogue in the movie, so this may turn off some audiences. However, I wasn’t bothered by this choice at all.

Primarily an acting showcase, The Tragedy of Macbeth is highly recommended for cast fans and as an introduction to Shakespeare for middle schoolers.

The Tragedy of Macbeth opens in limited theaters on December 25th and will be available to stream on Apple TV in January 2022.