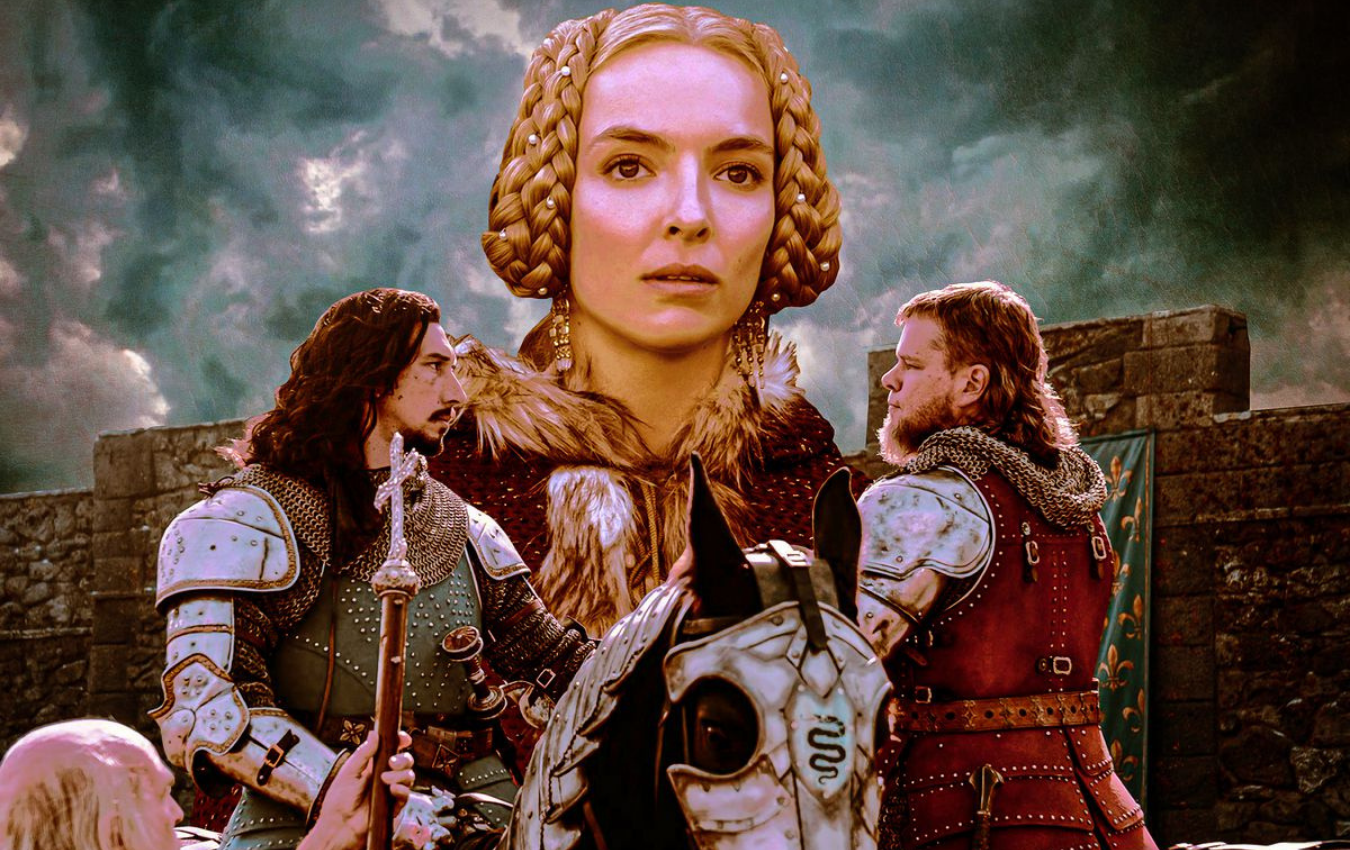 Matt Damon and Adam Drive face off in The Last Duel

Academy Award-nominated director Ridley Scott guides Matt Damon and Adam Driver to a battle for the ages in 20TH Century Studios, The Last Duel.  Nicole Holofcener, Ben Affleck, and Matt Damon pen the script, adapting author Eric Jager’s same-titled novel. The film is a cinematic and thought-provoking drama set amid the Hundred Years War that explores the ubiquitous power of men, the frailty of justice, and the strength and courage of one woman willing to stand alone in the service of truth.

Le Gris is a Norman squire whose intelligence and eloquence make him one of the most admired nobles in the court. When Le Gris, a charge he denies, viciously assaults Carrouges’ wife, Marguerite (Jodie Comer), she refuses to stay silent and steps forward to accuse her attacker. An act of bravery and defiance that puts her life in jeopardy. The ensuing trial by combat, a grueling duel to the death, places the fate of all three in God’s hands.

Ridley Scott is no stranger to the historical epic. Throughout his four decades, he has helmed six films focusing on history. While he has had a few misses (notably Exodus: Gods and Kings and 1492: Conquest of Paradise), for the most part, he’s on the money, which is evident in Gladiator, Kingdom Of Heaven, and Robin Hood. The Last Duel follows into the category of his better historical epic.

Scott’s handling of the action sequences is impressive as ever, and the duel between our two leads is worth the price of admission alone. The Last Duel’s narrative follows the Rashomon effect, which means various characters providing subjective, alternative, and contradictory versions of the same incident.

In this case, Jean de Carrouges (Matt Damon), Jacques Le Gris (Adam Driver), and Marguerite (Jodie Comer) all tell versions of the story that lead up to the duel between our two leading men. Walking into the film, my wife and I had no idea the film would take this route.

Kudos to the screenwriting trio of Nicole Holofcener, Ben Affleck, and Matt Damon for the angle they take the story. What I enjoyed most about the film’s narrative is that it paints a picture of a character’s motivation in one version of the story, only to strip it away in the next version. This narrative gives all of the actors a chance to tap into different emotions.

In the role of Jean de Carrouges, Matt Damon goes a few places I have not seen him dip into in a while, so it was great to see him strip away the golden boy persona. In addition, I make it no secret that I did not take notice of Adam Driver until he portrayed Kylo Ren in the latest Star Wars trilogy.

Since then, Driver has continually impressed me with his acting choices, continuing the trend as Jacques Le Gris.

Jodie Comer is impressive as our female lead and unrecognizable from her last film, Free Guy. Comer gives life to a character who refuses to allow toxic masculinity and misogyny to affect her life. Quite honestly, the film would not have its meat without Comer’s performance.

I must also make mention of co-writer Ben Affleck who has a small, vital role as Count Pierre d’Alençon. Affleck unleashes all of his frat boy attributes of yesteryear and appears to be having the time of his life.

It would not surprise me if, in a few years, his character becomes the subject of memes.  With solid action sequences and quality acting, The Last Duel is an excellent return to historical epics for Ridley Scott.