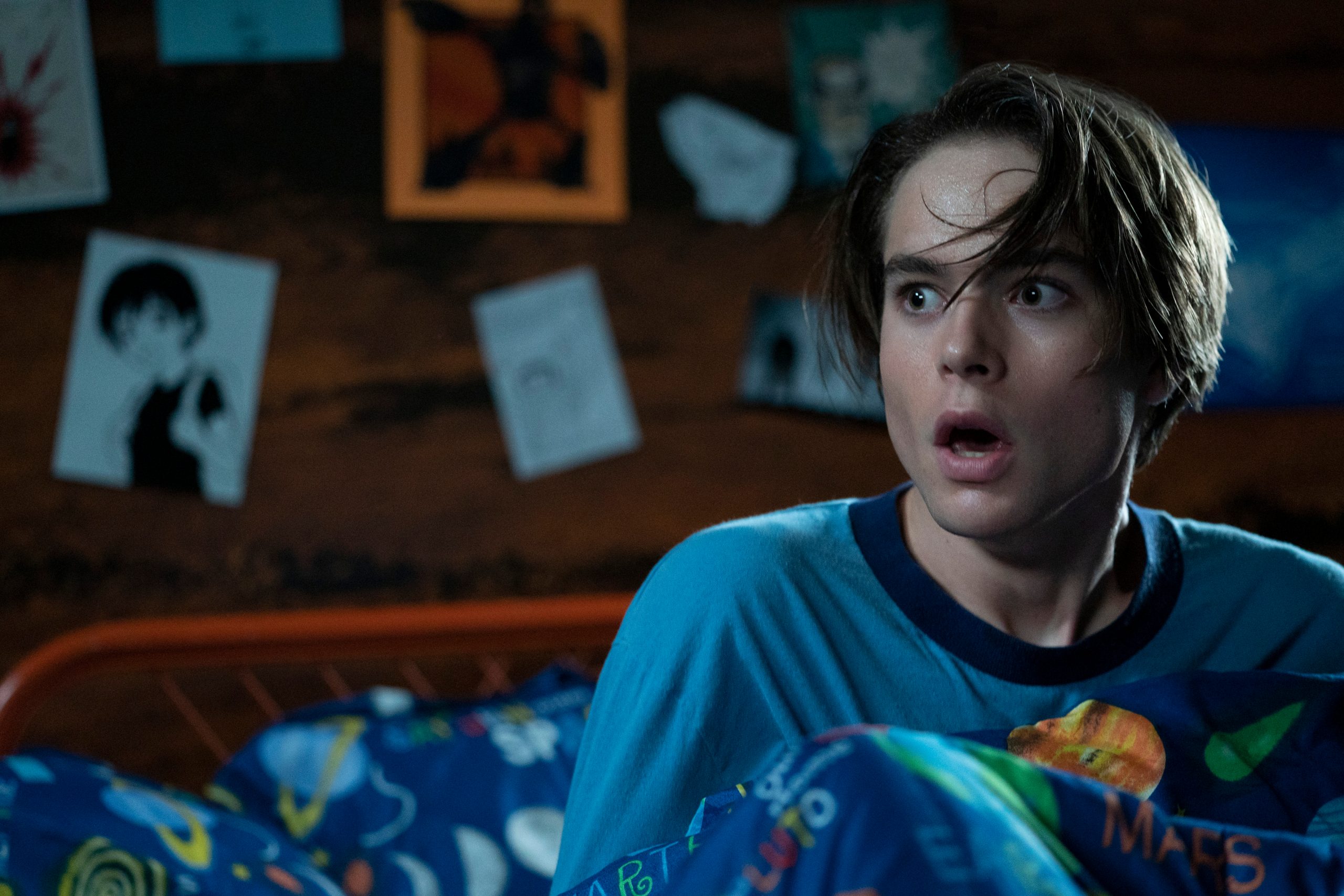 Director McG reunites with Netflix for The Babysitter: Killer Queen, a sequel to the network’s 2017 hit, The Babysitter. Two years ago, Cole Johnson (Judah Lewis) successfully defeated his babysitter Bee and her satanic cult. As luck would have it, Cole has become a laughing stock in the town and seen as the boy who cried wolf, given that Bee and all of her minions disappeared. The lad’s parents (Ken Marino and Leslie Bibb) even have him in therapy and want to send him away to a mental institution.

Cole’s shrink thinks the answer to his problem is getting laid. When his friend Melanie (Emily Alyn Lind) invites him to a lake party with some other kids from the school, Cole hesitantly tags along. However, before long, four of the cult members Sonya (Hana Mae Lee), Max (Robbie Amell), Allison (Bella Throne), and John (Andrew Bachelor), mysteriously return from the dead to enact revenge. Once again, Cole realizes that he will need all of his wits to outsmart the evil forces, score with his dream girl, and survive the night.

2017’s The Babysitter was a lot more fun than films in its genre. McG direction style mixed with Brian Duffield’s script and great performances from its cast juggled horror and comedy with ease.  Surprisingly Duffield doesn’t return for the sequel and passes over writing duties to the film’s director and television scribe Dan Lagana. Rest-assured that McG & co-writer Lagana stayed true to the original film’s vibe while adding a few surprises.

Our quadrant of returning villains is clearly having a great time playing evil. Sonya (Hana Mae Lee), Max (Robbie Amell), Allison (Bella Throne), and John (Andrew Bachelor) all stay true to their character tropes. Which provides plenty of laughs, which fans of the first film are sure to appreciate. Since his King Bach days, Andrew Bachelor has come a long way, and his comic timing is as sharp as ever. His interactions with Bella Throne’s Allison are comedy gold, and I would love to see them in their own project.

Young actor Judah Lewis is also great as Cole. There was never a moment where I wasn’t rooting for Cole throughout the numerous shenanigans he finds himself in. Lewis brings realism to Cole, and I’m sure anyone who felt invisible in high school can relate. The writers never Cole give plot armor; instead, we see that Cole is still weak physically but strong mentally.

Emily Alyn Lind also returns for the sequel as Melanie Cole’s best friend/next-door-neighbor in an expanded role. The young actress impressed me late last year with her work in Doctor Sleep, so it was great to see her in another horror film. Ken Marino and Leslie Bibb also return to the movie as Cole’s parents. Bibb was a bit wasted, in my opinion, as she doesn’t have much to do as Marino has the meatier role. Truth be told, the script could’ve written Bibb’s character as being out of town on business or visiting a relative, and the film wouldn’t change.

The only new cast member with a substantial role is Jenna Ortega, Phoebe, a new classmate in Cole’s school who finds herself thrust in the madness. Known primarily for her television work, Ortega was enjoyable in her role and had great chemistry with her cast mates. I look forward to seeing her in Scream 5 in 2022.

Filled with one-liners, Meta references, and gory kills, The Babysitter: Killer Queen is a fun sequel that keeps the previous film’s vibe. If you enjoy horror-comedies, check this one out.

The Babysitter: Killer Queen is streaming at www.netflix.com/TheBabysitterkillerqueen