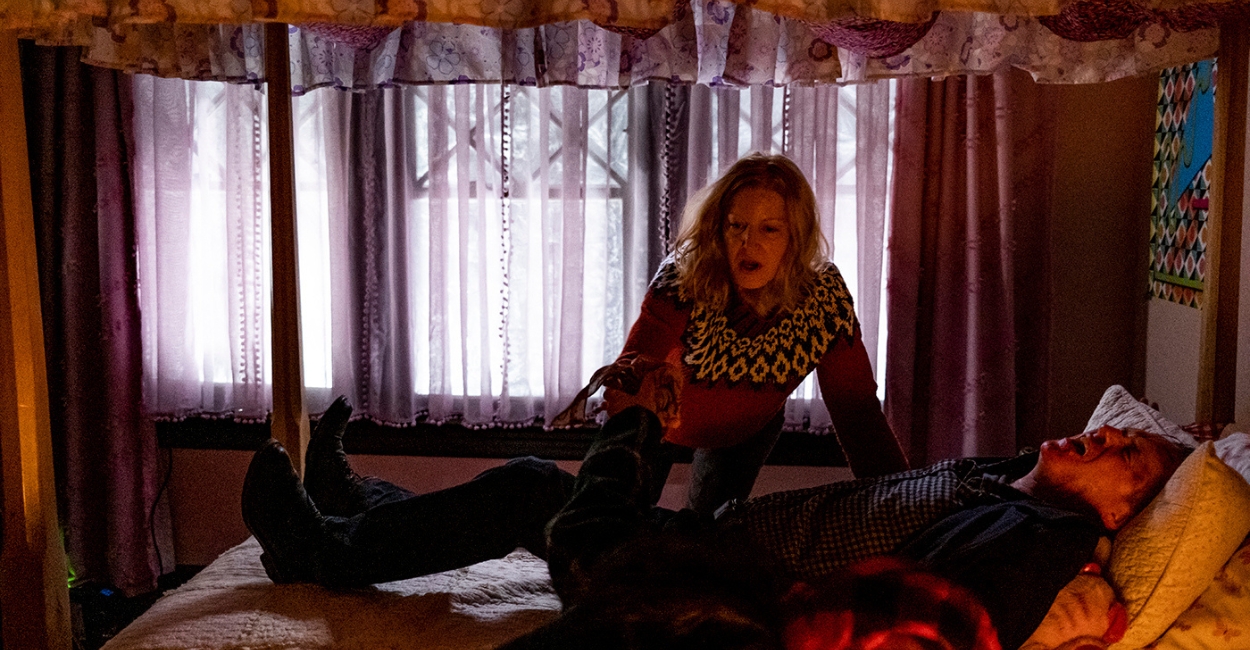 Anna Gunna is out for revenge in The Apology

Filmmaker Alison Star Locke teams up with Emmy Award Winner Anna Gunn for her writing/directorial debut in The Apology from RLJE Films. In the aftermath of the disappearance of her daughter Sally twenty years earlier, recovering alcoholic Darlene Hagen (Anna Gunn) is preparing to host her family’s Christmas celebration with her best friend Gretchen (Janeane Garofalo).

In the late hours of Christmas Eve, Darlene’s estranged ex-brother-in-law Jack (Linus Roche) comes to her home unannounced, bearing a heavy secret and nostalgic gifts as well as an unexpected visit. Within a short period, Darlene finds herself between ruthless instinct and reason. A wit battle between Darlene and Jack, encircled by a dangerous storm, turns into a brutal revenge game due to their being trapped together.

Suspense films involving two characters in a single location rely on the strength of the talent. Thankfully first-time director Alison Star Locke has gifted thespians at her disposal. Anna Gunn first caught my attention in the early nineties on the short-lived FOX sitcom Down the Shore. Following that show, Gunn would do guest spots on numerous shows and occasional film work.

Gunn finally got her in 2008 when she began playing Skylar White on the iconic show, Breaking Bad. On the other hand, Linus Roche has always had the vibe of an actor’s face, you know but can’t name him. After his dastardly turn in 2018’s Mandy, I sought out his previous work. While the performances won’t win awards, both Gunn and Roche provide earnest performances.

Locke keeps the running time short in the film and treats the pacing as a play. The big reveal happens before the thirty-minute mark, and the next hour is an acting showcase for Gunn and Roche. In contrast, Locke can’t avoid the typical tropes that fill this kind of thriller, the choices she makes for Darlene works.

In contrast to other films, The Apology walks elegantly around the commonplaces of the suspense genre by gradually revealing its intentions. Instead, it focuses on a hypothetical mindset that dominates the rest of the plot. In a film like this, the director must ensure that the victim-perpetrator relationship is carefully examined since it makes a big difference in the outcome of the ending.

Alison Star Locke easily achieves her goal, and I look forward to her next project.

The Apology will be released by RLJE Films on December 16 in theaters and stream on Shudder and AMC+ simultaneously.