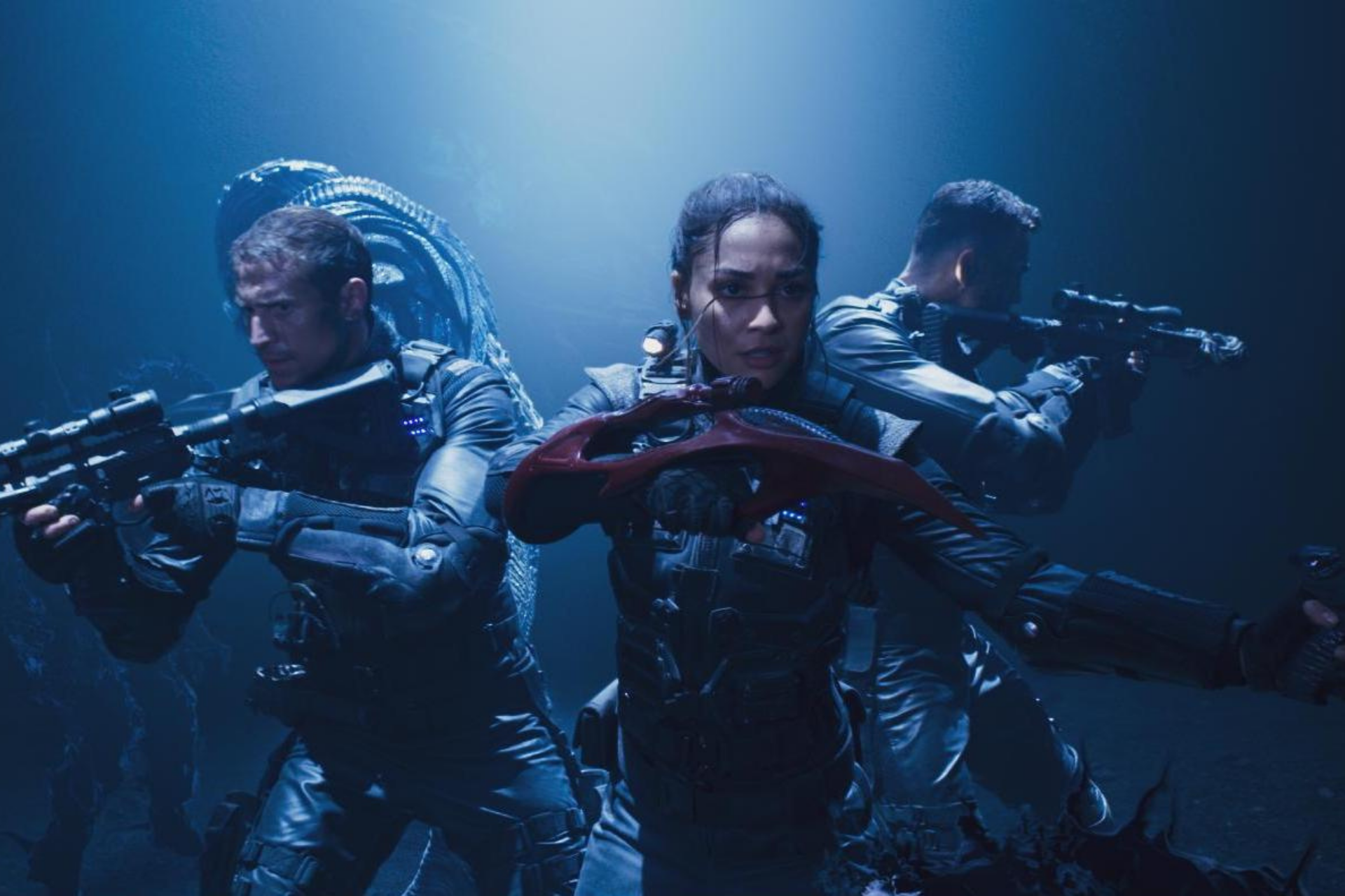 Skylines is a harmless fun threequel

A science-fiction franchise receives a new entry in Skylines from Vertical Entertainment. Written and directed by Liam O’Donnell, Skylines continues the story arc that began in 2010’s Skyline. Taking place fifteen years after the previous film Beyond Skyline, the Skylines finds the aliens who invaded Earth are now former killer extraterrestrials. Given that the otherworldly beings have had their biology altered, they can peacefully coexist with humans. When a lethal virus emerges, the aliens start to revert to their unstoppable, human-hunting form. To save Earth, super-powered hybrid Captain Rose Corley (Lindsey Morgan) leads a team of elite soldiers on a deadly mission beyond the far reaches of space to the aliens’ planet.

I still remember my reaction walking out of the theater of the original Skyline a decade ago and finding myself vastly impressed with what the filmmaker’s accomplished with the film’s budget. Sure the film never really rose above direct to DVD fare, but it was fun. To everyone’s surprise, seven years later, a sequel Beyond Skyline arrived and took the franchise in a different direction. The sequel featured martial arts superstar Frank Grillo and Iko Uwais kicking all kinds of alien ass.

Seeing that I’m a fan of Grillo and Uwais, I was a bit upset they don’t return for this film. Thankfully martial artists Daniel Bernhardt, known for his appearances in the sequels to Bloodsport, get a chance to show what he can do. Yayan Ruhian shows up for a quick cameo as well. The film truly belongs to Lindsey Morgan as our heroine Rose Corley who I hope to see more of in the future. Displaying impressive moves in hand combat and natural beauty, Corley is the heart of the film. I liked that the military men have to rely on a woman to save humanity. There’s also a casual development with Leon’s character (Jonathan Howard), who has a personal connection to Rose.

As with most films, I did have a few gripes with Skylines. The usually reliable Rhona Mitra is wasted here in a subplot set on Earth that takes away from Rose’s fun and her escapades in space. The subplot also pushes the film’s running time into the nearly two-hour mark. Had the filmmakers chose to eliminate this element, they would have a much stronger film.

Nevertheless, Liam O’Donnell shows incredible talent with a limited budget. He knows how to provide entertainment to those who love quality b-movies. There’s also a set up for a fourth film, which we may see in a few years. With the appearance of a real-life video game, decent action sequences, and a lead heroine performance that’s fun, Skylines Is a harmless time-waster. Be sure to stay through the credits for some bloopers.

Skylines is available On Demand Today.

The Blu Ray/DVD is scheduled for release on January 12, 2021