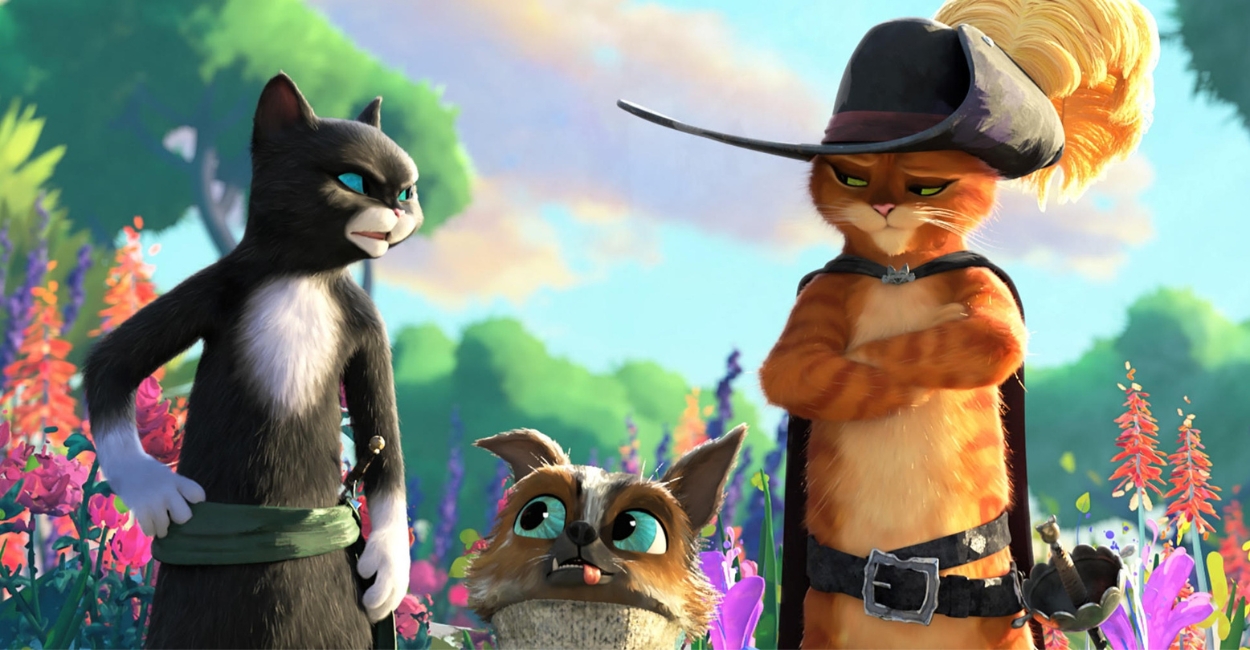 Puss In Boots: The Last Wish is delightfully fun for the family

Under the direction of Joel Crawford, Antonio Banderas makes a voice return to one of his most beloved characters in Puss In Boots: The Last Wish. Paul Fisher pens the film script, which marks a return to the Shrek universe for the first time in more than a decade.

The swashbuckler discovers that his passion for peril and disregard for safety have taken their toll on him. Naturally, he has lost track of his lives lost along the way. It has been estimated that Puss has burned through about eight of his nine lives. Puss must embark on his most ambitious quest to get those lives back. Puss hopes that he will be able to find the mythical Wishing Star in the Black Forest.

He hopes to regain his lost lives on an epic journey into the Black Forest. There is only one chance for Puss to survive this life; to do so, he will need to humble himself and ask for help from his former partner and nemesis, the captivating Kitty Soft Paws (Salma Hayek). The two friends will be assisted in their quest by a scruffy, chatty, relentlessly cheerful mutt named Perro (Harvey Guillén), who will help them against their better judgment.

As a team, our trio of heroes will have to stay one step ahead of Goldilocks (Florence Pugh) and her Three Bears Crime Family (Olivia Colman, Ray Winstone, and Samson Kayo). Furthermore, they must be careful not to get tangled up with the cross-heirs of kingpin “Big” Jack Horner (John Mulaney) and the horrifying bounty hunter, The Big Bad Wolf (Wagner Mouras).

It’s hard to believe that the Shrek verse began before I could legally buy my first drink, and now we have the sixth film in the franchise when I’m 41 years young. Honestly, now that my son is 14, Puss In Boss: The Last Wish wasn’t on my must-see list. However, wanting to take a break from the awards fare, I hit play on my screener copy.

The voice work by everyone in the cast for Puss In Boots: The Last Wish is top-notch, and it’s clear the cast is having a blast. In theory, Puss In Boots: The Last Wish is a classic tale of a hero’s journey. Undoubtedly, older viewers will know exactly where the story will lead. However, they likely won’t give the story a second thought as they will be engrossed in its charm for a long while.

There is no doubt that Goldilocks and her family of bears are one of the film’s highlights. As far as the script is concerned, there is just the right amount of fairytale charm for the kids and rude language for the adults to enjoy. Although some of the villains in the film, such as Jack Horner with his death sickles, or the Big Bad Wolf looking for the cat, may scare young viewers, I found them to be exciting and enjoyable.

While this is a kid’s movie, there is too much in the storyline. Younger viewers may become very bored as a result. Nevertheless, the film’s charm is undeniable, and I recommend it.

Puss In Boots: The Last Wish opens in theaters on Wednesday, December 21, 2022.