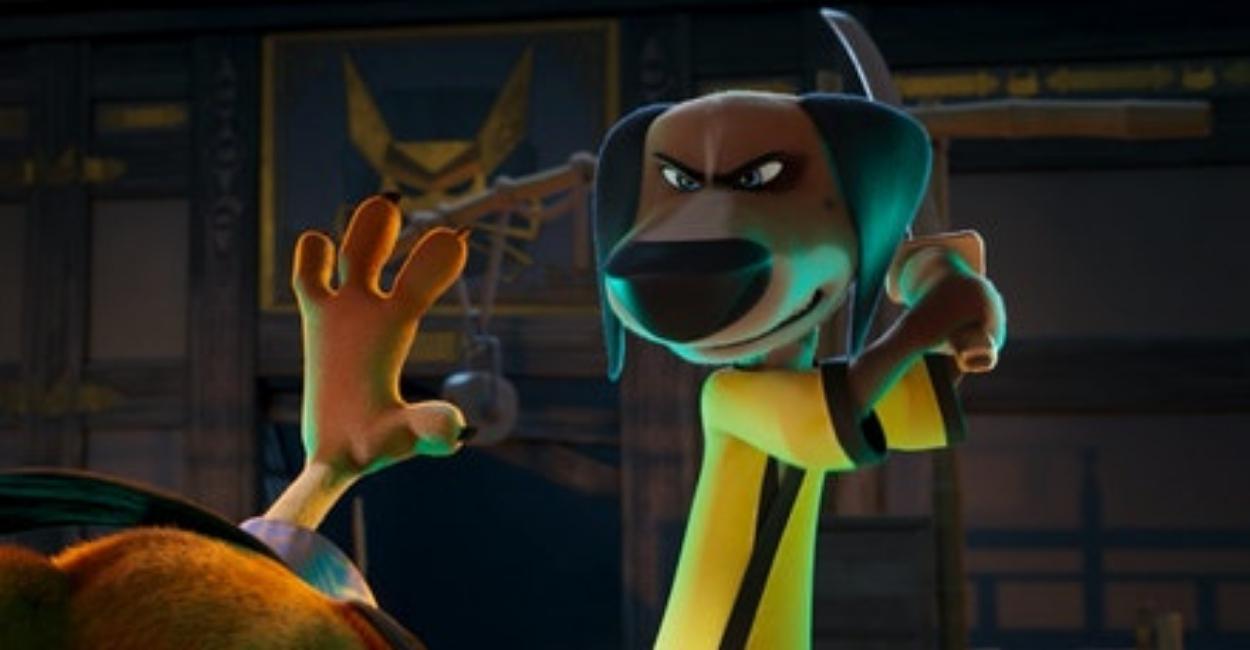 Paws of Fury is a decent enough Blazing Saddles update

Iconic seventies comedy Blazing Saddles gets somewhat of an animated update in Paramount Pictures, Paws of Fury: The Legend of Hank. Chris Bailey, Mark Koetsier, and Rob Minoff share directing duties. At the same time, Ed Stone and Nate Hopper pen the screenplay. Additionally, since the film lifts the plot and various jokes from Blazing Saddles, the writers of that film also get screenwriting credit.

A hard-on-his-luck hound Hank (Michael Cera), finds himself in a town full of cats who need a hero to defend them from the ruthless villain Ika Chu’s (Ricky Gervais) evil plot to wipe their village off the map. With help from a reluctant teacher named Jimbo (Samuel L. Jackson) to train him, our underdog must assume the role of town samurai and team up with the villagers to save the day. The only problem, cats hate dogs.

There is a reason why Blazing Saddles ranks sixth on AFI’s 100 Years…100 Laughs, a list of the top 100 funniest movies in American cinema. The gags come in so fast that you’re so busy laughing at one you may miss the next joke. Thus any creative who attempts to redo the material has a huge undertaking. While it was before my time, the less said about the failed television pilot  Black Bart, the better.

Thankfully the creative team behind Paws of Fury: The Legend of Hank has the input of Blazing Saddles director Mel Brooks serves as an executive producer and voices the character Toshi, an empathetic British shorthair who is the shōgun of Kakamucho. In hindsight, that character is essentially a variation of Brooks’ roles as Gov. William J. Le Petomane from Blazing Saddles.

Paws of Fury: The Legend of Hank was initially due to arrive in theaters in 2017 but got stuck in development hell. In contrast, this was before the COVID pandemic, but a delay like that could mean a stinker. However, the team behind Paws of Fury: The Legend of Hank never allows the film to overstay its welcome. The actors deliver solid voice work, and the martial arts scenes are impressive considering the film’s budget.

While I doubt that I will ever revisit Paws of Fury: The Legend of Hank, I can mildly recommend the film for a quick time waster on a hot summer day. Kids will enjoy the animation, while parents will have fun with the grown-up hysterics.

Paws of Fury: The Legend of Hank is in theaters now and will release on Paramount+ around September 5, 2022.