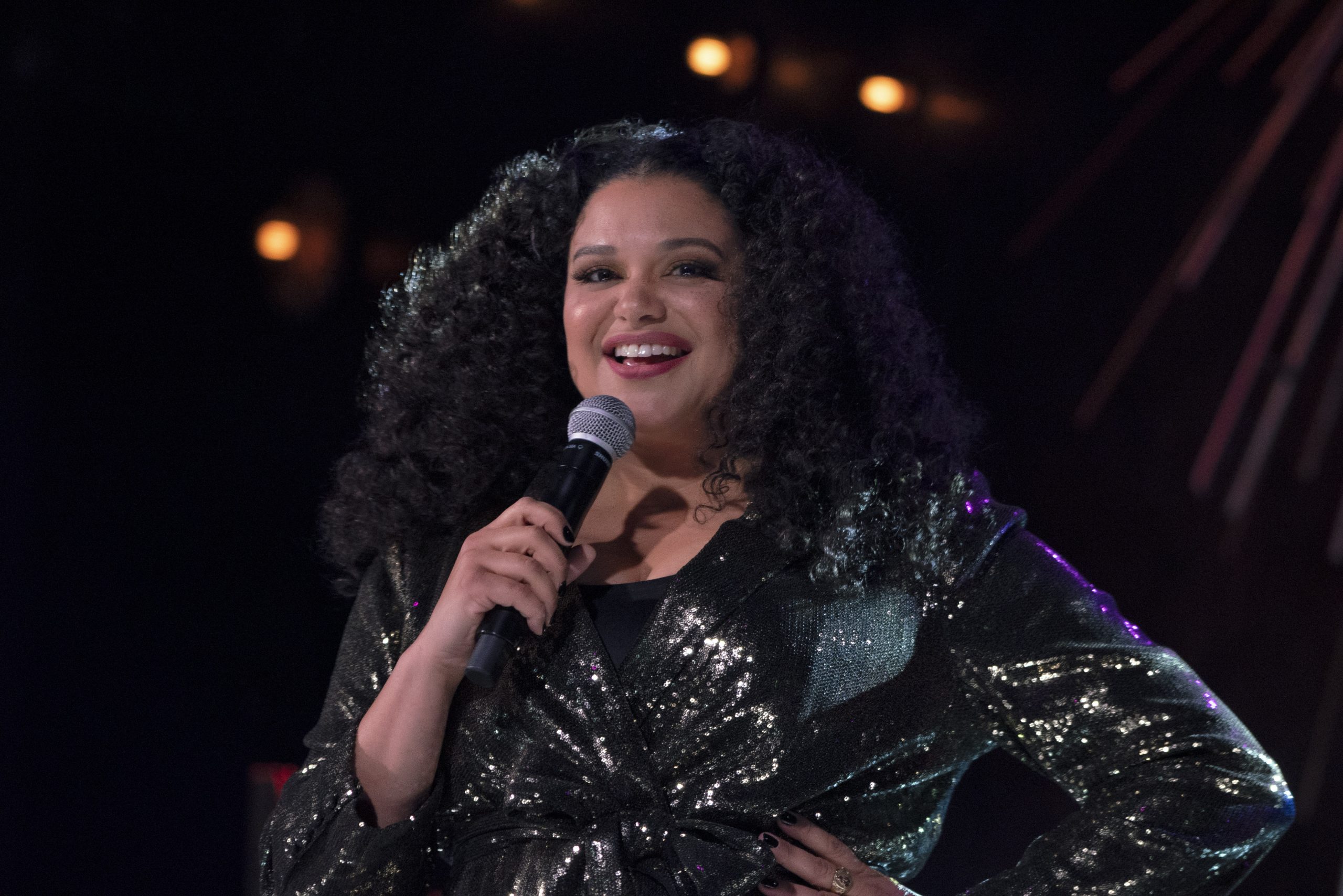 Michelle Buteau, who has earned the moniker, the scene-stealing queen receives her own Netflix stand up special in Michelle Buteau: Welcome to Buteaupia. The comedy special was filmed in New York City, finds the comic letting loose with a goblet of frosé in hand. As she delivers a dynamic hour of comedy that delves into parenthood, cultural difference, and the overlooked value of short men.

Now, suppose you’ve read my reviews in the past. In that case, you know that one of my norms when it comes to stand-up specials is to avoid watching any previous specials or YouTube clips of a comic to approach the material. However, once the comic began her set, I recognized her voice from other films and television shows

Director Page Hurwitz opens up the show with an impressive subjective camera shot showcasing Michelle walking into the venue of her awaiting audience. The comedian walks into the venue to beat a funky background track and takes the stage like a seasoned pro. Buteau opens up the show talking about just working with Jennifer Lopez on the soon to be released film, Marry Me and successfully weaves the experience into a joke about astrology and avoiding being star struck.

Throughout the special, it’s apparent that Michelle Buteau is happy for her success, and she’s worked hard to get to the level she’s at now. One of the things that I respected about Buteau’s comedy special is that the comic is comfortable with her plus-size frame. She doesn’t resort to using fat jokes as a constant punch line. Instead, her brand of comedy uses a relatable approach. Towards the end of the show, she tells a joke about sister wives that may have parents of newborn babies in stitches.

Michelle Buteau: Welcome to Buteaupia is streaming now at netflix.com/michellebuteauwelcometobuteaupia