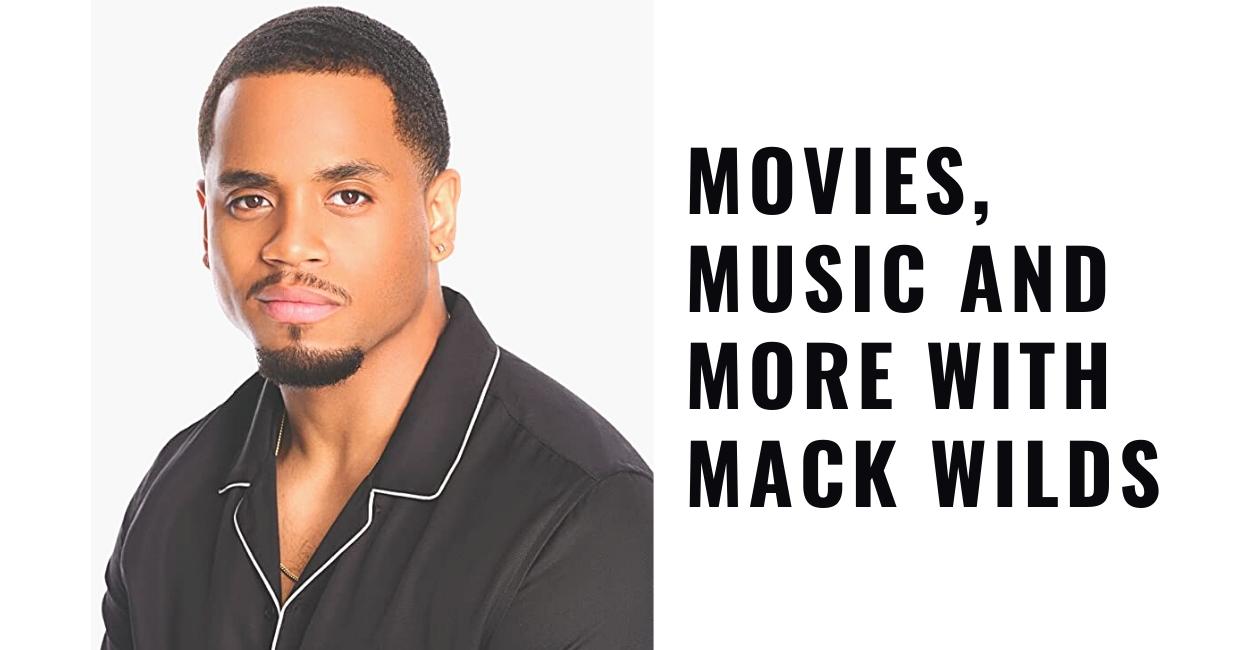 Actor, singer and director Mack Wilds stopped by Reviews & Dunn to chop it up.

Reviews & Dunn – I want to thank you for taking time out of your busy schedule to speak with me. What can you tell us about your role as Les in Wouldn’t Mean Nuthin?

MW: Les is a poet from NYC who falls into horrid writer’s block after a bad breakup. With his pen on the page, most times with nothing coming out, we first find him on a double date. Then, of course, the night begins to get crazy.

Reviews & Dunn – In addition to starring in and co-writing the film, you also directed.  What was your creative process with your actors?

MW – It was a collaborative process. The majority of it was on the page, but I encouraged real interaction, making the most natural pieces. Also, it always helps to have highly talented actors.

Reviews & Dunn – How many drafts of the script did you and your writing partners Greg Cally, and Nicholas Gray go through?

MW – Oh man, we had almost 30 different iterations of this piece. A 30 pager, a 25 pager, then finally the 18 pager we landed on. All of the scripts were similar, but just different vibes. It was fun.

Reviews & Dunn – What was it like starring alongside Shannon Thornton?

MW – Amazing. She works her ass off and makes it look easy. She is incredibly giving and open—the epitome of a leading lady.

Reviews & Dunn – Why did you all decide to shoot the film in Baltimore instead of New York?

MW – At the time, it was still shooting Swagger for AppleTV+ in Richmond, so we decided to meet somewhere in the middle and make it happen.

Reviews & Dunn – I recently revisited your underrated 2017 sophomore album After Hours.  Were you happy with the overall response to the album?

MW – Yes and No. I think there were many things I could’ve done better on the promotional side of things, but it’s all a learning experience.

Reviews & Dunn – You are currently co-starring on Apple TV’s Swagger, inspired by Kevin Durant’s youth.  Did Kevin ever come to the set while you all were filming?

MW – We were shooting during the pandemic, so it was hard to make it out here. But he and Rich Kleiman Zoomed in quite often to check-in, answer questions, all of that.

Reviews & Dunn – The first time you came to my attention in the role of Jamal in 2006’s Half Nelson. Do you have any memories of working with Ryan Gosling?

MW – Yeah, he made sure for us as kids, we didn’t feel like we were “on a movie set.” He kept it light and fun.

Reviews & Dunn – Where do you think Dixon Wilson (your 90210 character) and Michael Lee (your character from The Wire) are in 2021?

MW – Dixon is probably the music producer he always wanted to be, working with all of the greats of today, and Michael is perhaps living within the shadows of Baltimore, so watch your step.

Reviews & Dunn – I’m a huge fan of biopics. Is there a particular person that you would love to play on the big screen?

Reviews & Dunn – Is there anything you would like to add, and where can fans find you on social media?

MW – Check me out on all social media @MackWilds