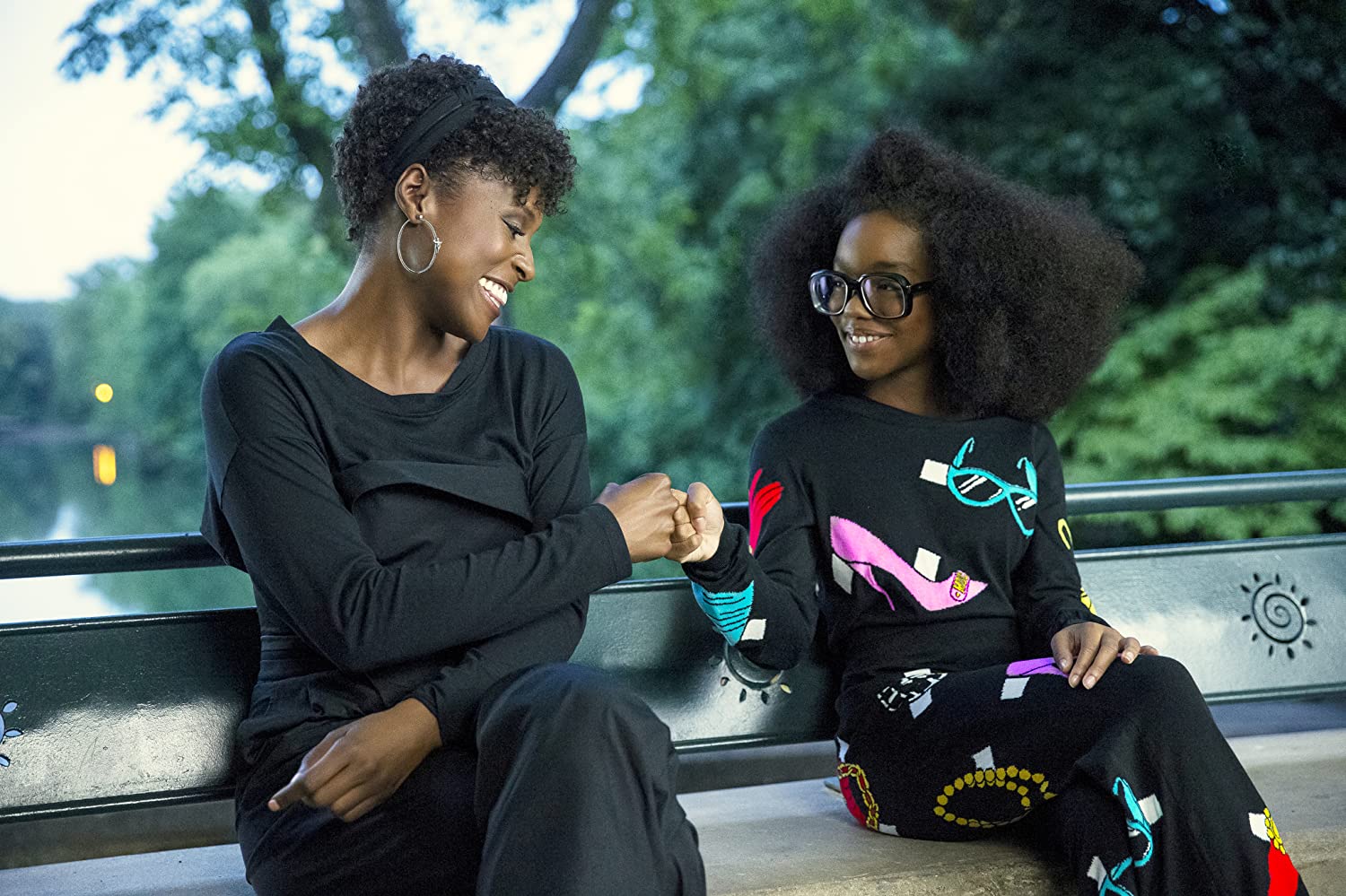 Little – A Modern Spin on a Classic Concept

The concept of age swapping gets a new spin in Universal Pictures, Little from director Tina Gordon. Opening in 1993, Little introduces us to a young Jordan Sanders (Marsai Martin) who is passionate about science. At the school science fair, bullies embarrass Jordan and she vows to never become a victim again when she grows up.

In the present day, the adult Jordan (Regina Hall) is the chief executive officer of her own tech company. Jordan spends her days bulling her fed up assistant April (Issa Rae), who wants to show her boss she has talent. Jordan also avoids a committed relationship with possible suitor Trevor (Luke James) as preferring the friends with benefits scenario instead. When Stevie (Marley), the daughter of a local food truck owner, overhears Jordan belittling April once again, she makes a wish for Jordan to become a child again.

Naturally, Jordan laughs it off, but to her shock and horror, Jordan wakes up the next day and finds that she’s young again. Realizing that her only ally is April, Jordan sets out to return to her correct age. But first, she’s going to have to experience life as a 13-year-old in 2019.

The late eighties saw a cycle of six age swap comedies, all with varying results. The most successful of the films was 1988’s Big, which served as inspiration for Little star Marsai Martin to pitch a reimaging to Universal studios. Marsai Martin, one of the stars of the hit television show Blackish, has comedic timing well beyond her years. To no surprise, Martin makes the successful transition to the big screen.

Downplaying the usual confidence she displays on Blackish, the opening scenes of Little show Martin’s versatility in terms of dramatic range. As the elder version of Jordan, Regina Hall illuminates the screen with beautiful flair and natural charisma. The two actresses work well together, both portraying the same character.

Fresh off a dramatic turn in last fall’s The Hate U Give, Issa Rae returns to the comedy genre for Little. Rae’s character of April, is somewhat the centerpiece of the movie, as she has to interact with two actresses portraying the same role in different age brackets. Rae delivers some of the film’s funniest moments and has excellent chemistry with both Regina Hall and Marsai Martin.

Regarding the male talent in Little, R&B singer Luke James continues to impress with his acting and does a great job as Jordan’s boy toy. James’s striptease scene in the film received numerous applauses from the ladies in attendance at my screening. Justin Hartley pops up for a brief cameo as younger Jordan’s teacher, when she has to enroll in school in the modern-day. Hartley is kind of just there, and it’s clear that he’s only there as stunt cast. Tone Bell does a better job in the role of April’s love interest.

I did find an issue with the friends that Jordan meets when she goes back to school. Despite commendable acting by the teens who make up the kids, I found the writing for the characters to be a bit flat. Nevertheless, director Tina Gordon, who also wrote the screenplay with Tracy Oliver, keeps the film at a brisk 109 min run, and the film’s charm never runs thin. While there are the standard age jokes, Massari Martin’s appeal elevates the punchlines.

Little is a harmless comedy with winning performances by its three female leads. While the film may not reach the classic status of its inspiration Big, it is worthy of a date night or family movie night.