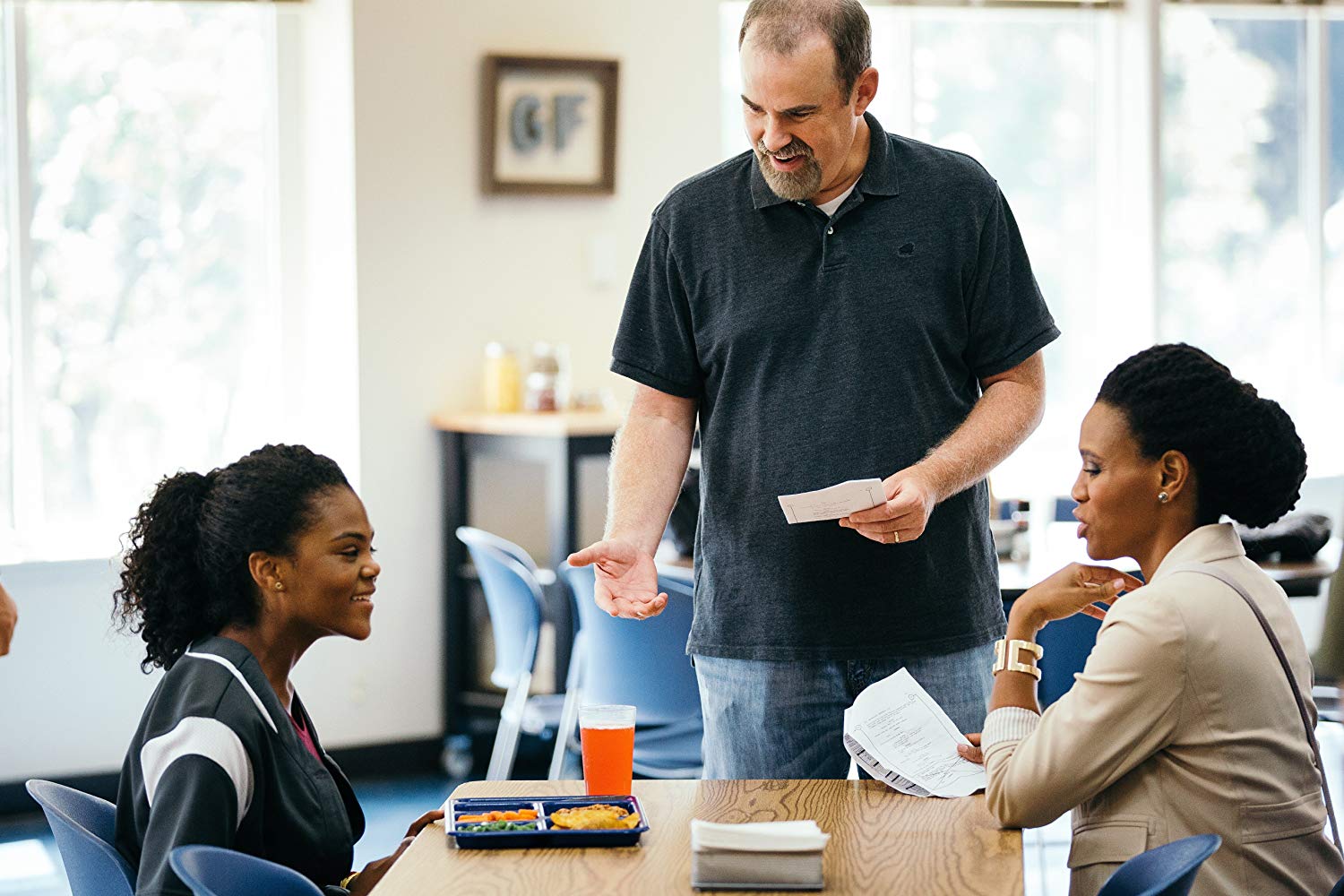 Christian filmmaker Alex Kendrick brings his latest faith-based film to the big screen in Overcomer from Affirm Films. John Harrison (Alex Kendrick) is a basketball coach at a Christian high school in Georgia, coming off a state championship loss. Things take a turn for the worse when the town’s factory, which provides jobs to the majority of the city, closes down. With the factory closing, John loses nearly every player on his basketball team as their parents decide to move for work.

Mrs. Brooks (Priscilla C. Shirer) informs John that he can keep his job if he agrees to coach cross country track and the sole runner, Hannah Scott (Aryn Wright-Thompson). One day, while at the hospital, John meets an unlikely friend in blind man Thomas Hill (Cameron Arnett), who begins to teach John not only about forgiveness and hope, but also provides some track coaching along the way.

As he had in the past, Alex Kendrick once again collaborates with this brother Stephen Kendrick for the script for Overcomer. That being said, you go into the film knowing that it’s a Christian film with a religious message. In their previous films, the Kendrick brothers have touched on honesty, faith, marriage rebuilding, and fatherhood, with forgiveness serving as the overall theme. With Overcomer, the brothers use the idea of finding one’s identity in Christ as the backdrop for the film.

Watching the film, I saw a lot of myself in lead character John, not only as a man but also as a father and husband. Alex Kendrick portrays John as a natural everyman that anyone can relate to, whether you consider yourself to be religious or not. Just imagine that you are on top of the world, but in an instant, everything can and does change. Who are you as a person, if you lose your worldly identity?

John’s character arc juxtaposes very well with that of Hannah (Aryn Wright-Thompson). Since she lost her mother at an early age, and she’s never met her dad, Hannah lives with her overly protective grandmother. Naturally, Hannah is a bit of a mess. She doesn’t have any friends in school and is on her way to becoming a petty thief. Once Hannah meets the Harrison family, her life begins to change, as does her behavior. In her first role, Aryn Wright-Thompson does show a bit of acting inexperience as Hannah. However, as the film moves along, Thompson gets better.

Cameron Arnett is also enjoyable in the role of John’s new friend Thomas. Arnett delivers his lines with ease as a man who has come to terms with the sins of his past. Thomas understands that he has no one to blame for his aliments but himself, which adds to the charm of the character. The rest of the cast does their best with the material, although I do wish there was a stronger arc given to the character of Mrs. Brooks (Priscilla C. Shirer). Shirer was the female lead in the director Kendrick’s previous film, War Room, and as a fan of her acting, I wanted to see more of her screen.

If there is one criticism with Overcomer, it’s that the reveal of the connection between Hannah and Thomas is quickly figured out. While the moment is still emotional, but I would’ve liked to see The Kendrick brothers throw us a curveball.

Nevertheless, Overcomer is an enjoyable and heart film for Christian audiences as well as families. While I can relate, some may find the movie to be overly preachy. However, there is nothing wrong with a little positivity when it comes to cinema, and Overcomer succeeds in that regard.

There was no bigger musical star than Michael Jackson in 1984.The record label decided a compilation album of unheard Mijac music was in order. Carrying the title Farewell My Summer Love, the nine-song album features archived Michael Jackson recordings from January to October 1973.

Fear Street Part 3: 1666 narrowly avoids the pitfalls of other threequels