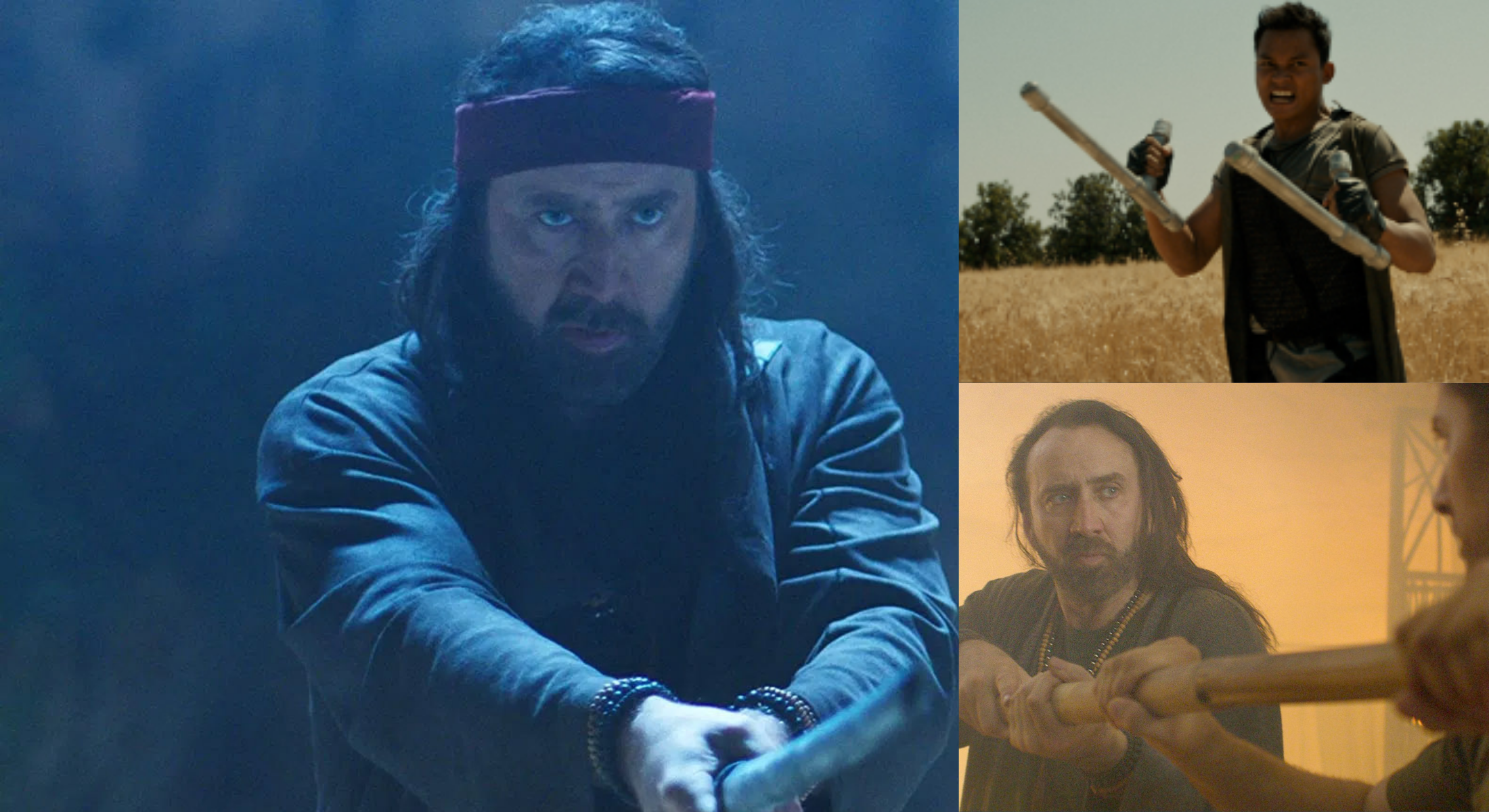 Injured and suffering from severe amnesia, Jake is captured by a military squad unequipped to fight the merciless intruder who has descended upon the planet. Jake is rescued by Keung (Tony Jaa) and a team of Jiu-Jitsu fighters from the ancient order. They must help Jake recover his memory and regain his strength. The warriors and Jake then band together and defeat Brax in an epic battle that will determine the fate of mankind.

I enjoyed what Dimitri Logothetis did with the last Kickboxer film. Not to mention seeing the cast names of Frank Grillo, Tony Jaa, and Nicolas Cage was enough for Jiu Jitsu to earn my money. However, as I sat in the theater with one of my best friends, my hopes of having an enjoyable time were quickly dashed. To begin with, Alain Moussi delivers a weak lead performance, which is surprising given his credentials. Moussi seems to be on autopilot during the film, almost as if he’s only doing the movie for contractual obligations.

Furthermore Moussi holds a 6th Dan Black Belt in Jujitsu and a 1st Dan Black Belt in Karate, yet his martial arts come across as sloppy and amateurish in the film. Granted, I understand that his character Jake is supposed to have amnesia. Perhaps that’s why his fight scenes come off as dull. Consequently, Frank Grillo’s character Harrigan never gets to show off his fight skills. Grillo is one of my favorite action stars, but the script gives him a throwaway performance. In all honesty, the only character who truly has a chance to shine is Tony Jaa, who delivers applause worthy ass kicking moments.

As for Nicholas Cage, well, what can I say about his character of Wylie. Cage portrays him with his usual outlandish shtick and even displays some impressive fighting skills; however, it’s just enough to save the film. Perhaps if the script had gone the route of having Grillo as our antagonist Brax, the end result would’ve been better.

To my surprise, director Dimitri Logothetis and his co-writer Jim McGrath adopted their 2017 comic book of the same name. Sadly the film goes nowhere and is a huge missed opportunity primarily due to a weak lead performance from Alain Moussi. As much as I enjoyed the martial arts poetry of Tony Jaa, there just isn’t enough to save Jiu Jitsu.