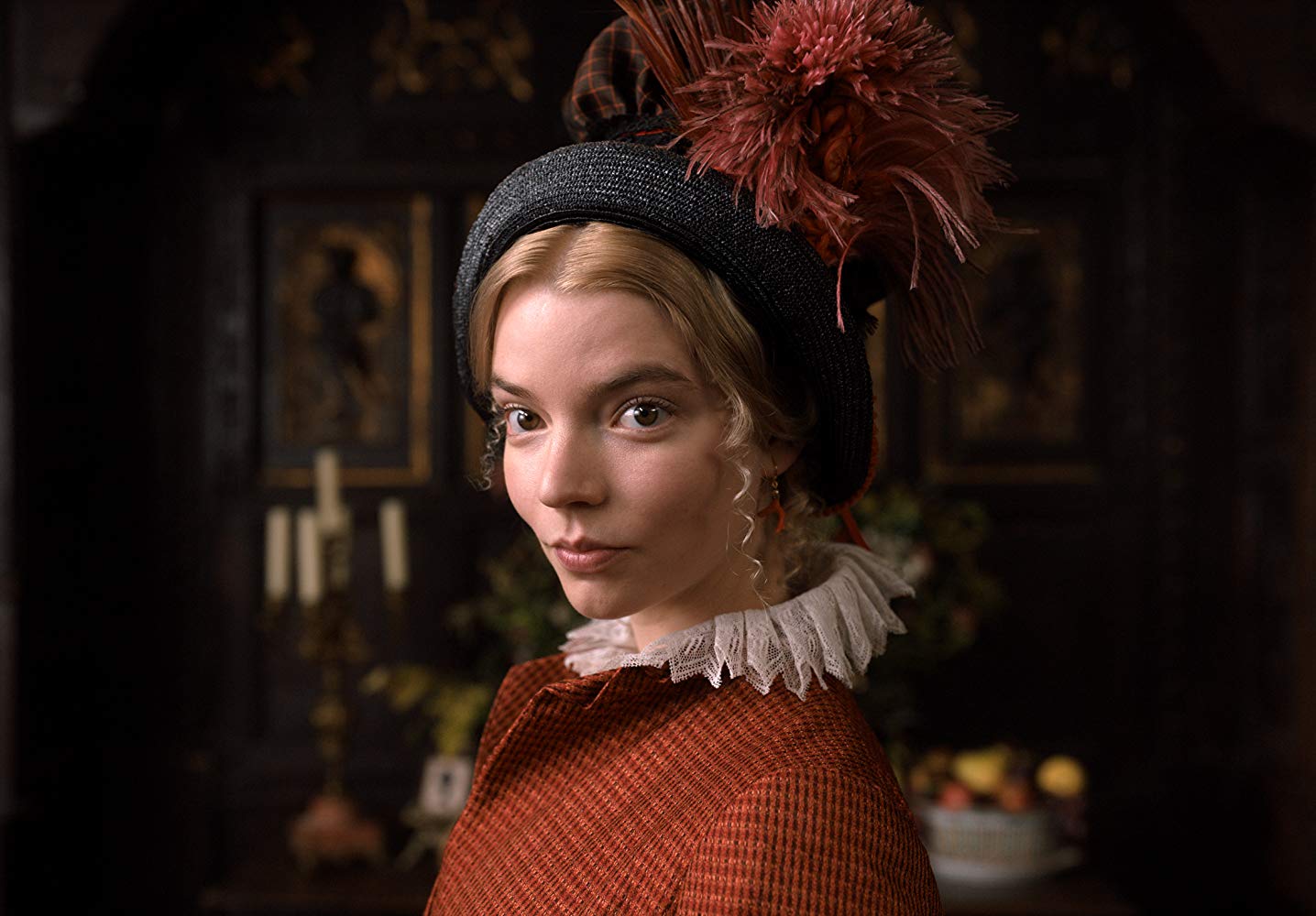 A Jane Austen literary classic receives another big-screen adaptation in director Autumn de Wilde’s Emma from Focus Features. Emma Woodhouse (Anya Taylor Joy) is a wealthy and beautiful young woman residing in the English village of Highbury in the 18th century. Unlike the other girls her age, Emma has no desire to marry, much to the chagrin of her father, Mr. Woodhouse (Bill Nighy).

Instead, Emma would rather pair up her family and friends with potential mates. Emma’s best friend Harriet is one of those she is looking to pair up but is having trouble finding an ideal mate for her friend. As fate would have it, Emma soon finds herself the object of affection for two possible suitors; her lifelong friend George Knightley (Johnny Flynn) and new suitor Frank Churchhill (Callum Turner).

Walking into Emma, I had no idea what the film was about. It wasn’t until the opening credits that I came to the realization this was a remake. I’m usually in the minority when it comes to remakes as they don’t bother me, as long as the creative team brings a fresh approach to the source material. Sadly, not only is Emma one of the worst remakes I’ve seen, but the film will also earn a place in my 2020 worst of the year.

For starters, the film is painfully slow. There were numerous times where I found myself looking at my watch, ready for the film to be over. The film is also devoid of any humorous moments, which is never a good sign.  Autumn de Wilde’s direction never finds its tone, and the film feels like a collection of scenes as opposed to a linear story. In terms of the acting, Anya Taylor Joy has no pizazz as our heroine, Emma Woodhouse. In the past, I’ve enjoyed Anya Taylor Joy’s work in other films, but here she’s horribly miscast.

The male suitors in the film don’t have any kind of sex appeal, and a few of the men even come off as chauvinistic. Quite possibly, the only saving grace of the film is the fashion, which looks authentic for its time.

I do believe the critical issue for me with the latest version of Emma was the year in which it was set. I generally enjoy a good period piece, but given my strong memories of the Gwyneth Paltrow version of Emma, a modernized version may have worked better. Director Amy Heckerling was able to successfully adapt the story for a modern time in 1995’s Clueless. In the age of social media and dating apps

Just imagine the character of Emma as a social media guru who runs a dating website and creates profiles for her friends with hilarious results. A straightforward premise to execute which would have better end results than the nonsense we see on screen.

With a slow as paint drying pace and mediocre acting, the newest version of Jane Austen’s literary classic is, without a doubt, one of the worst movies of the year. I recommended avoiding this one at all costs and revisiting Clueless, or the vastly other superior versions of the story.