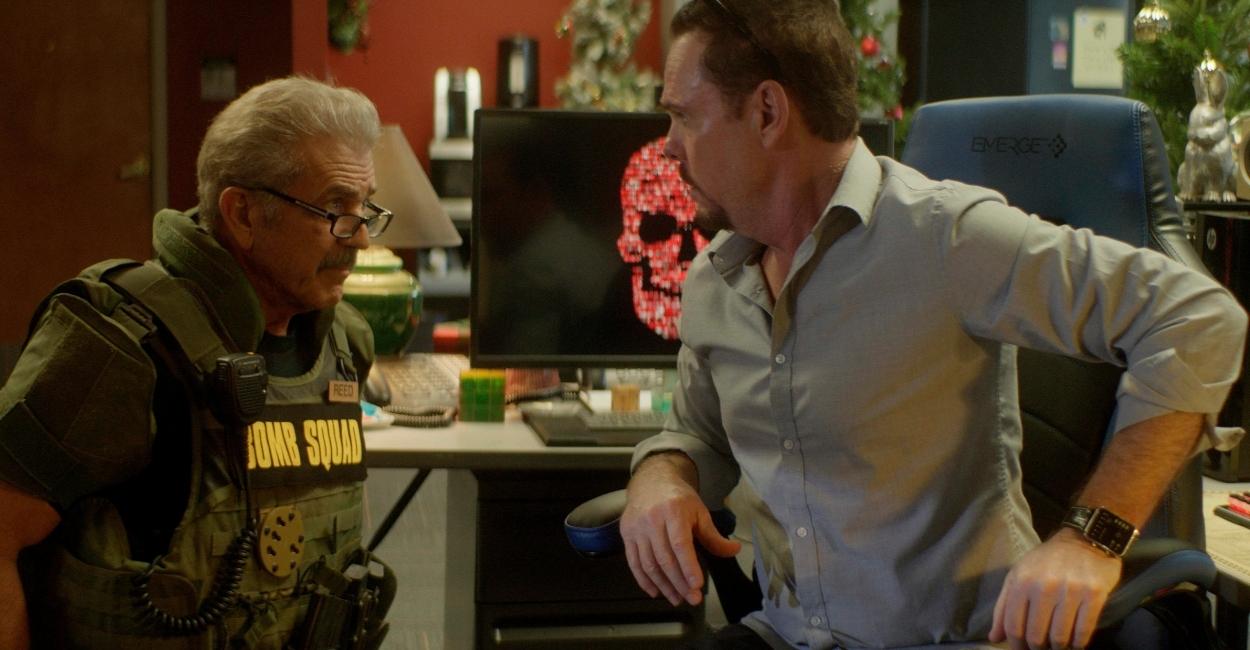 Hot Seat is a burnt out thriller

Director James Cullen Bressack continues to add to his filmography of low-rated B-Movies with his latest Hot Seat from Lionsgate. IT expert Friar (Kevin Dillon) finds a hair-trigger bomb strapped to his desk chair. An unseen hacker orders him to steal digital funds online–or have his daughter abducted. As a fearless bomb expert Wallace Reed (Mel Gibson), arrives on the scene, the hacker frames Friar as the bomber. The tension mounts as Friar races to clear his name and expose the real terrorist–without getting himself blown to smithereens.

Leon Langford and Collin Watts pen the script for the film, clearly taking inspiration from Larry Cohen’s screenplay for 2002’s Phone Booth. The only difference is that we have a man stuck to a chair instead of a sniper aiming at a man in a phone booth. I will give the scriptwriters credit for explaining the unseen hacker admitting to Friar that he had been following him for some time. He was learning his habits and his intimate details, thus making his motives believable.

Outside of that, though, the movie is as mundane as you can get, particularly in the digital age we live in. While I did enjoy Dillon’s acting work in eighties teen flicks like The Rescue, War Party, The Blob, and Remote Control, Kevin Dillon has never screamed the leading man presence. Dillon found his niche as Johnny ‘Drama’ Chase on Entourage, a supporting role.

In the lead role of Friar, I did not care what happened to his character. The supporting cast of Mel Gibson, Shannen Doherty, and Eddie Steeples have all done much better work and are only here for a paycheck. Similarly, Michael Welch was just flat-out annoying and appeared to pull his acting style from his Twilight days.

Despite a short run time, Hot Seat may have viewers looking at their watch as we race to the finish line. While I will not place the film in my worst of 2022, I will tell viewers it is one you can skip.