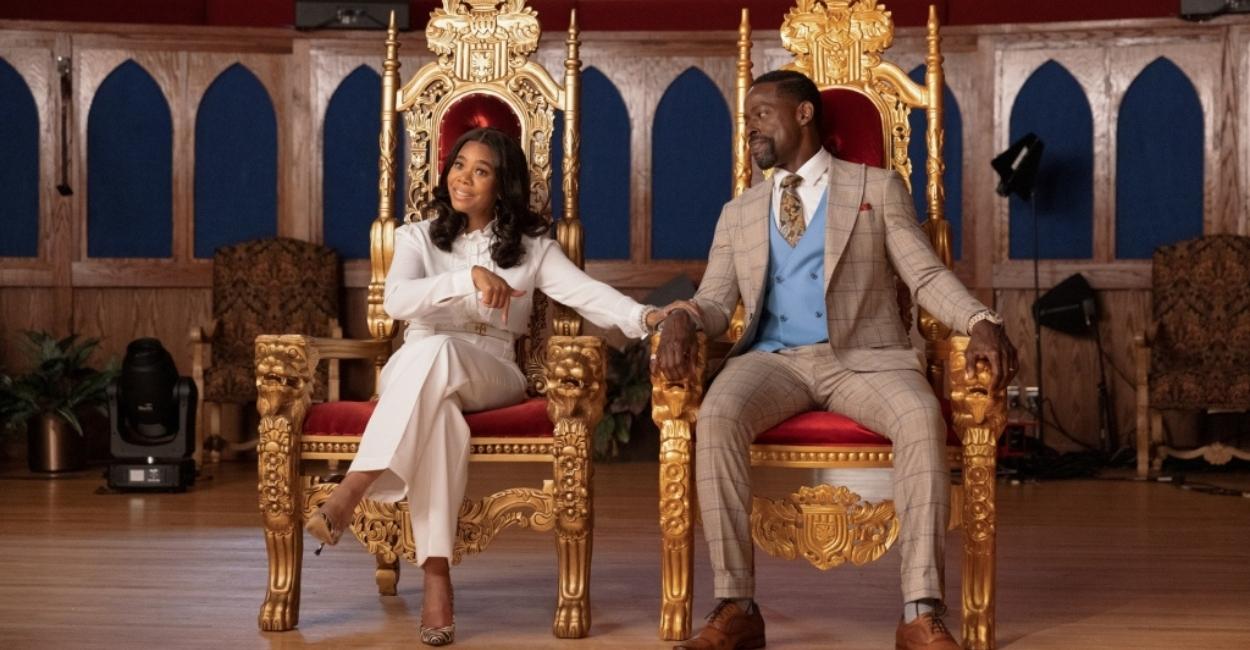 Sundance Review: Honk for Jesus. Save Your Soul

Two-time Emmy winner and Golden Globe winner Sterling K. Brown teams with African-American Film Critics Association winner Regina Hall for the mockumentary and comedic drama Honk for Jesus. Save Your Soul. Adamma Ebo makes her debut with the film, which will bring up discussions among the church-going community.

Golden thrones, helicopters, and fancy cars are some of the icing cake for the heads of Atlanta Baptist church leaders Mr. & Mrs. Childs. However, in the aftermath of a scandal, Trinitie Childs (Hall), the first lady of the church named Wander to Greater Paths, must now help her pastor husband Lee- Curtis (Brown) rebuild their congregation and brand. Along the way, biblical verses Luke 12:2 -3 subtly come into play. In addition, as will questions about organized religion.

In the film’s opening moments, Brown highlights the energetic acting style that fans expect. One of Brown’s best monologues in the film has the actor delivering a Sermon where he speaks on all of the things GOD has blessed him with, from clothes and cars to even a helicopter. From there, we transition to the church that once had a congregation of 25,000 now has five members. There is a discernible life archetype upon which Sterling’s character takes inspiration, but I will not name him. However, a post-film discussion with fellow film critic Kevin Sampson of Picture Lock confirmed my theory.

While Brown does excel with his role in, Honk for Jesus. Save Your Soul is truly a master acting class for Mrs. Regina Hall. In addition to Master, Honk for Jesus. Save Your Soul is the second film starring Hall to receive accolades at Sundance. I am sure many women will relate to the arc that Adamma Ebo script paints for Trinitie. On the surface, Trinity should have left Lee-Curtis a while ago. Furthermore, quiet as it is kept; she is the primary reason for his success.

Hall fully taps into this angle, and it is clear that Lee-Curtis needs Trinitie more than she needs him. We all know that a significant revelation/award-worthy moment is coming for the character, and when it does, Hall earns her flowers. As this film is primarily an acting showcase for Hall and Brown, the supporting cast consists of smaller arcs. The only actor I recognized was the elegant Nichole Beharie, who portrays the First Lady of another church in town. Should Ebo decide to do a follow-up film, I would love to see what Beharie’s character was doing while the film’s events took place.

I can see some viewers having one possible grievance with the film regarding the actual scandal. Adamma Ebo never specifies what Lee-Curtis did to earn a fall from grace. However, through blunt and subtle hints throughout the film, it is clear what his transgressions were. In the film’s climax, there is a compelling scene with talented actor Austin Crute.  The novice holds his own with Sterling K. Brown in a scene that should solidify any questions that viewers had.

Initially beginning as fifteen-minute short and now a feature Honk for Jesus. Save Your Soul is an impressive debut. The film quickly delves into a subject that is a prime candidate for the mockumentary style the director successfully wants to employ with the film. Featuring an award caliber performance from Hall, quotable moments, and a performance of “Knuck If You Buck” that is worth the view alone, Honk for Jesus. Save Your Soul receives my recommendation.

Focus Features, Peacock and Monkeypaw Productions have acquired distribution rights to the film with a release date pending.