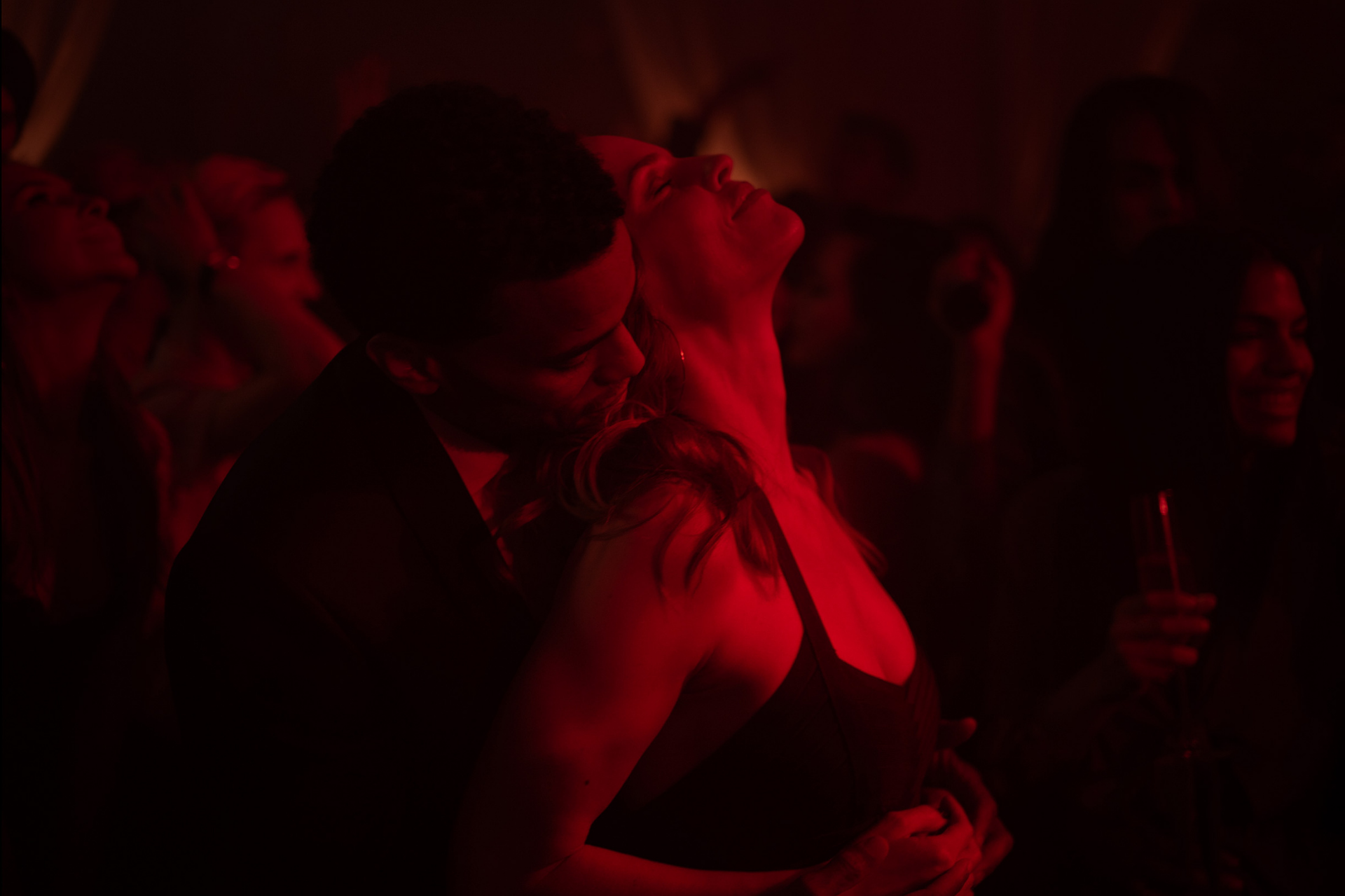 Michael Ealy returns to the thriller genre in Fatale from Lionsgate and Hidden Empire Film Group. Reuniting the trio of star Michael Ealy, director Deon Taylor and writer David Loughery who collaborated on last year’s The Intruder, Fatale is another Lifetime thriller on the big screen. Derrick (Ealy) is a former college basketball player turned adverting executive running a successful agency in the City Of Angels with his best friend Rafe (Mike Colter). Due to his job nature, Derrick has lost the spark in his marriage with his wife Traci (Damaris Lewis).

While attending a wild bachelor party in Vegas, Derrick crosses paths with Val (Hilary Swank), and naturally, the two end up having a one night stand. Thinking he will never see her again, Derrick is shocked when a life-altering event forces Val back into his life. Much to his dismay, Derrick is about to discover “what happens in Vegas, doesn’t always stay in Vegas.

Based on director Deon Taylor’s previous films, I had an initial idea of where the film would go. A jilted one night stand wreaking havoc on someone is one of my guilty pleasures in cinema. Screenwriter David Loughery avoids some of the usual plot points films of the genre usually take, which is good. He builds Val up slowly and allows us to understand her antagonistic nature. The second half of the film gives a predictable but well-executed plot twist that sets up the rest of the film.

Michael Ealy appears to have a found comfortable niche in the thriller genre. The actor brings his usual swagger to the role. At his core, Derrick is generally a good guy who made a mistake. Ealy has great chemistry with everyone in the cast, and while there were moments I yelled at the screen for some of Ealy’s choices, I had to understand that he wasn’t an alpha male but a beta, so the actions were true to his character.

Gliding into her second villainess role in 2020, Hilary Swank chews up the scenery as Val with sexy confidence and an aggressive demeanor when needed. The filmmakers never go the Misery or Fatal Attraction route, but they make Val a genuine villain. While I don’t want to go into spoilers about Val’s real motivation for getting payback on Derrick, the handling makes sense. The supporting cast is pretty decent with the given material, and it’s great to see an actor from my childhood return to the screen even in bit parts. Tyrin Turner of Menace II Society has a bit part as Derrick’s cousin, while Geoffrey Owens of The Cosby Show pops up for a few brief scenes. I must also give kudos to the film’s soundtrack and a few Meta references to one of my favorite singers. R&B fans will know it when they hear it.

Like Ealy, director Deon Taylor and writer David Loughery have a comfortable niche in the thriller genre. Taylor keeps the film moving at a decent pace and gets the most of Loughery’s script. One plot point involving Swank’s character didn’t come through clearly, but other than that, I didn’t have any issues.

Fatale never aspires to be more than a crowd-pleasing popcorn thriller, which is fine as there are audiences for these kinds of movies. Featuring another fun villain turn by Hilary Swank, a few twists, and an everyman performance by the always reliable Michael Ealy, Fatale is worth watching for fans of the genre.