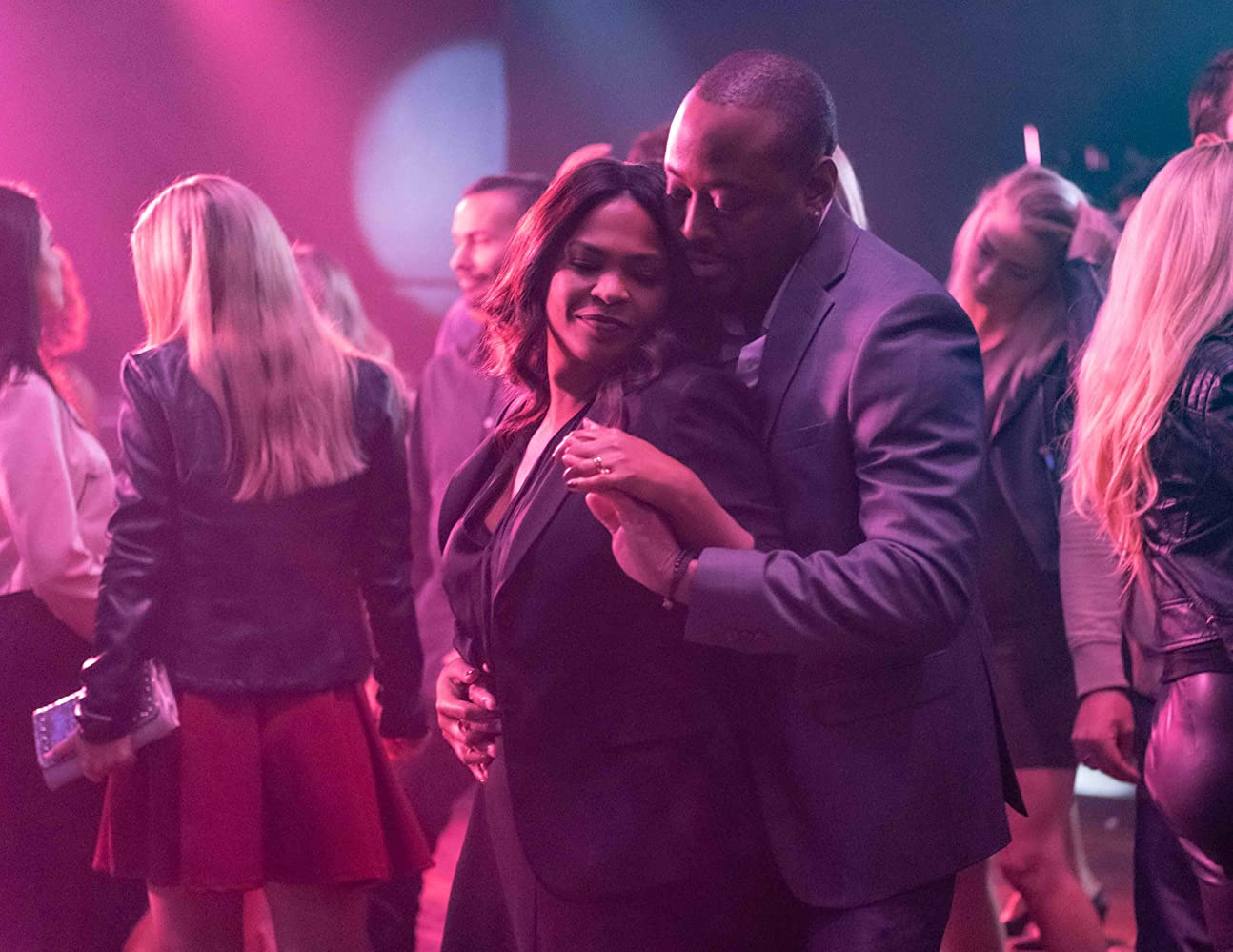 Director Peter Sullivan reunites Nia Long and Omar Epps on screen for the first since 1999’s In Too Deep with Netflix’s latest film, Fatal Affair. Ellie (Nia Long) is experiencing a rut in her marriage to Michael (Stephen Bishop) after the couple leaves the city for secluded country life. One day during a business meeting, Ellie runs into an old friend, David (Omar Epps).

After accepting what she thinks is a harmless invitation to catch up, Ellie falls victim to David’s charms. She soon finds herself opening up to David about the doldrums of her marriage. Naturally, Ellie briefly steps outside of her marriage for a fling with David. Realizing her mistake, Ellie tries to end things with David, but the jilted suitor won’t go away so quickly. David is willing to do whatever it takes to ensure Ellie is his.

Fatal Affair’s director co-wrote the script with Rasheeda Garner. It’s crystal clear the duo knows what the film’s audience wants to see. Yes, the screenplay is by the numbers, and we know exactly where the film is going to go. Thankfully the director keeps the run time to a brisk ninety minutes.

Fatal Affair is, in hindsight, a Lifetime movie on Netflix. Harking back to the premise of the 1987 box hit Fatal Attraction, which itself was a remake of a 1980’s British film entitled Diversion. I’ve always held a soft spot for women in jeopardy movies; in fact, one of my fondest childhood memories is after church on Sunday. My mom would fix dinner, and we would watch a Lifetime movie.

At the age of forty-nine, Nia Long is still as beautiful to look at on-screen as she was back in 1991, when she made her debut in Boyz n the Hood. Naturally, Mrs. Long can walk through a role like this in her sleep, but her elegance and natural charisma, help elevate the character slightly above Lifetime fare. While the script could’ve fleshed out her brief affair a bit more, I have no other complements. Stephen Bishop does a serviceable job as Long’s husband as well. Bishop portrays Michael as a man who wants the best for his family and cherishes them. Long and Bishop have natural chemistry, and I was generally invested in a married couple’s roles.

Regarding Omar Epps as our antagonist David, it was refreshing to see the actor take a chance with his acting. I think the last time, Epps portrayed a bad guy was in Dracula 2000. While Epps is serviceable in his portrayal, the script doesn’t flesh out the real psychosis of David’s madness. It’s a quick explanation of why he is the way he is that was a bit groan-inducing. I also found David’s reasons for wanting Ellie to be quite farfetched. While I won’t go into detail, his obsession with Ellie isn’t handled correctly. It is a cop-out from the way the trailer advertises their connection.

While the film primarily focuses on the acting talents of Nia Long, Omar Epps, and Stephen Bishop, there is some decent supporting work from the rest of the cast. Maya Stojan is enjoyable as Ellie’s best friend, while singers Estelle and rising talent KJ Smith show up for quick cameos.

Fatal Affair won’t win any awards, nor will the film be remembered say six months from now. While the film doesn’t add anything new to the genre, it’s a brief and straightforward time waster that fans of the talent can watch on a rainy afternoon.

Fatal Affair is available to stream on Netflix at www.netflix.com/FatalAffair