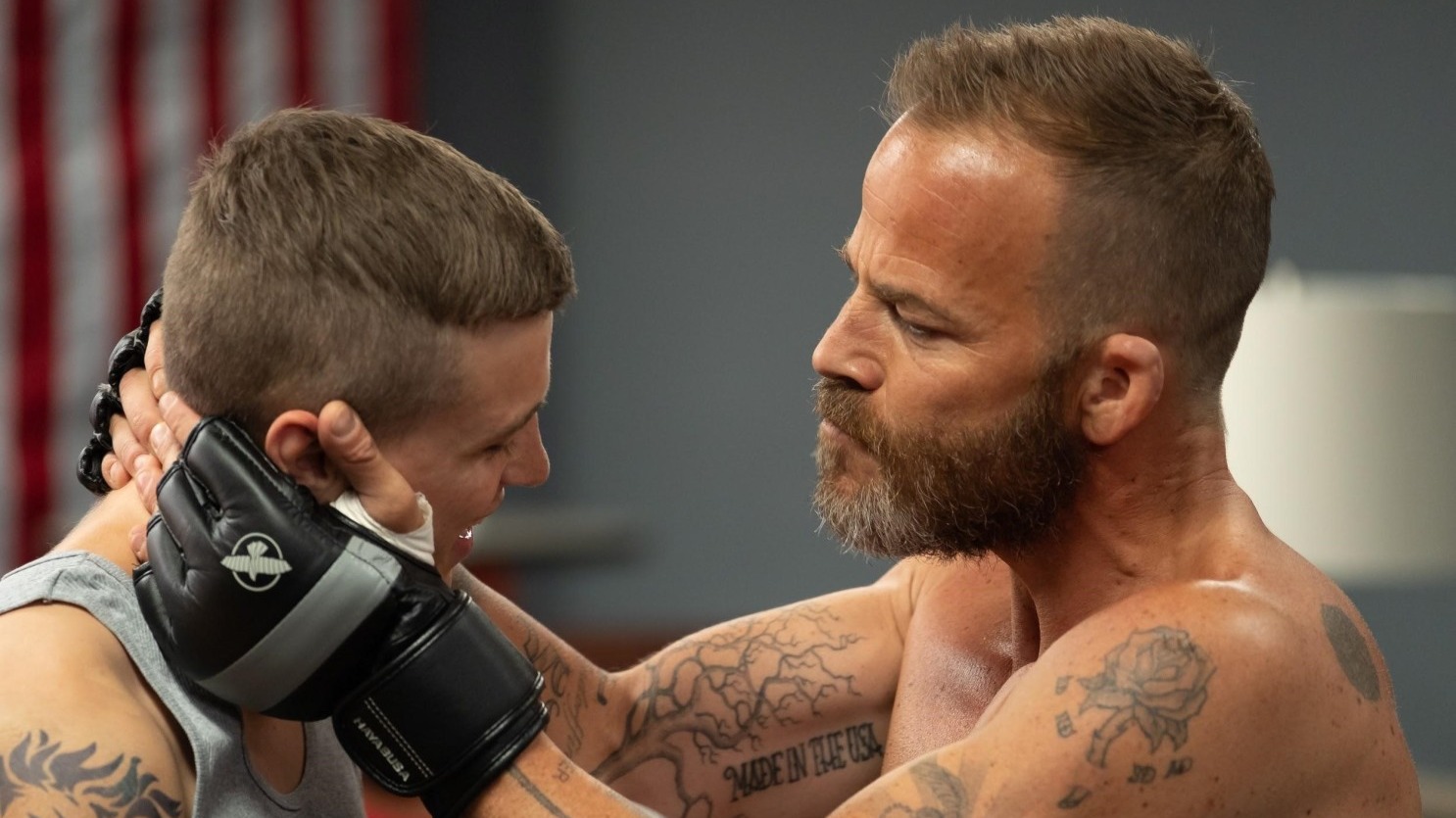 Mixed martial arts and the sins of father mix in director Nick Sarkisov’s Embattled from IFC films. Raised by an abusive father, Cash (Stephen Dorff) channels his aggression to become a World Champion MMA fighter. Now accustomed to wealth, admiration, and global popularity, he faces a new challenge when his second son is born with Williams Syndrome. But this time, rather than stand and fight, he runs and moves on with Jade (Karrueche Tran) and starts a new family.

While Cash continues to make his fortune in the ring, his eldest son Jett (Darren Mann), becomes the caregiver to his younger brother Quinn (Colin McKenna). When Jett decides to follow his father’s fighting footsteps and take to the fight game, he faces his past head-on, embarking on a course inevitably pitting father versus son in a battle which, no matter the outcome, neither can win.

There were many routes that screenwriter David McKenna could’ve taken with the film. When I first heard about the film, I thought the path they would go is the father’s either dies or becomes maimed in the ring, and the son steps up to avenge his dad. The script avoids these angles, and while the trailer does reveal that father & son will face each other in the film’s climax, writer avid McKenna takes on a fantastic journey to get there.

Stephen Dorff is excellent in the lead role and portrays the role of an MMA father and absent father quite well. One of the things I identified with the most was Cash’s treatment of his kids and their different personalities.

Cash barely acknowledges Quinn while showing some affection to Jett and his younger son. For me, it was a great analogy of how fame can change a man. Dorff is also believable with his MMA skills, and I would love to see the actor in another comic book adaptation.

Primarily known for his television work, Darren Mann also deserves kudos for his work as Jett. Mann taps into the anger that Jett has towards his father. He is a great big brother to Quinn, and he even looks out for his mother. There’s also some solid supporting work from Saïd Taghmaoui, who helps Jett train for his bout against his father, as well as Donald Faison and Elizabeth Reaser as Jett’s teacher and mother, respectively.

Embattled is sure to draw comparisons to 2011’s vastly underrated Warrior as both films deal with unresolved family issues and mixed martial arts. While Embattled doesn’t reach the status that Warrior does, the film is still worth a look.

Embattled opens in select theaters today and is also available on Digital and VOD.