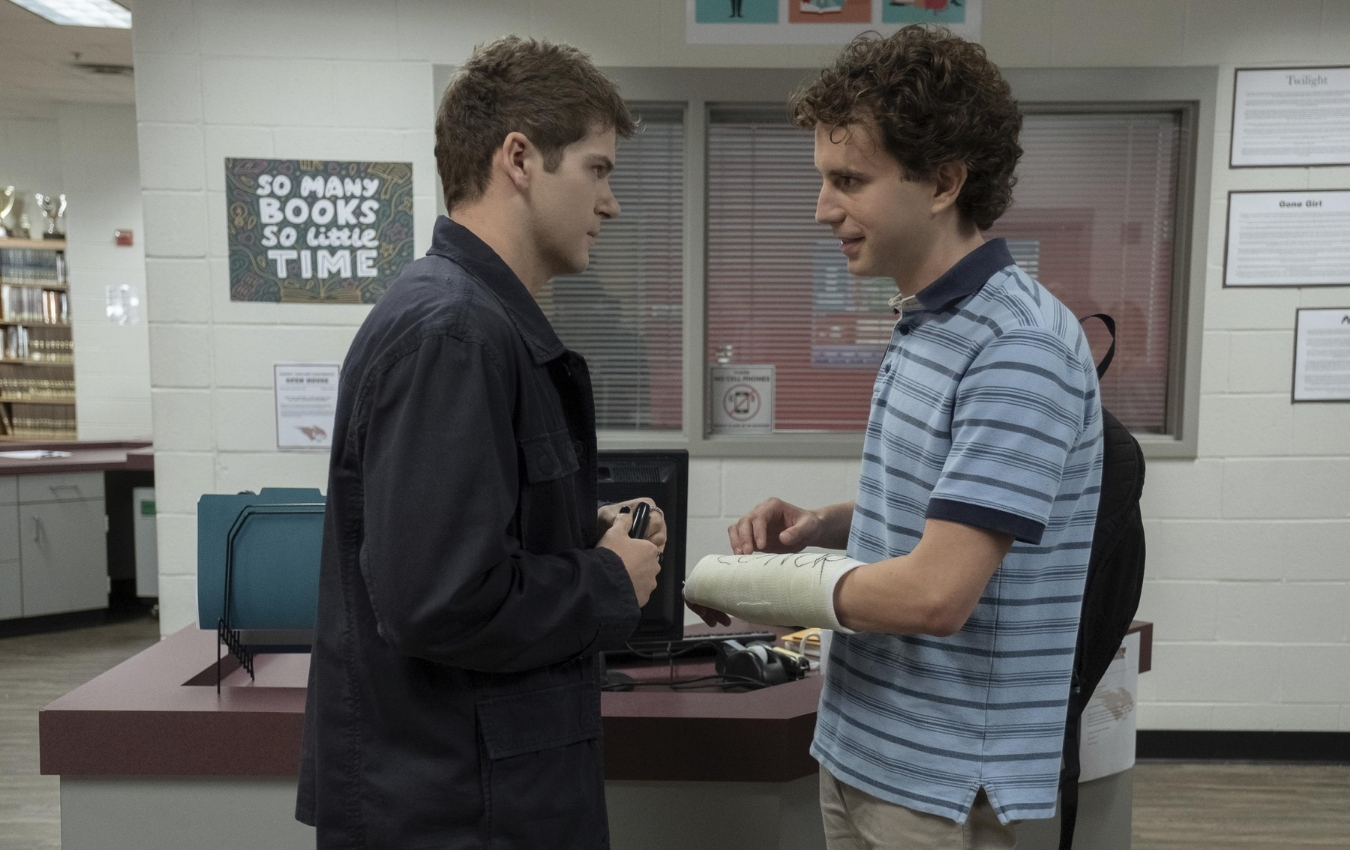 Ben Platt reprises his Tony-Winning Award in Universal Pictures Dear Evan Hansen. Stephen Chbosky directs the movie from a screenplay by Steven Levenson. The film is an adaptation of the 2015 stage musical of the same name by Levenson, Benji Pasek, and Justin Paul. Evan Hansen (Ben Platt) is a high school senior residing in Bethesda, Maryland, with Heidi, his hardworking single mother (Julianne Moore).

Like most young men his age, Evan is trying to find his place in the world. However, he has a bit of a more challenging time due to a severe social anxiety disorder. To help with his anxiety, Evan’s therapist recommends that he write letters to himself detailing what will be good about each day. Naturally, the letters to himself are not to be seen by others as they have the purpose of breaking Evan out of his shell.

Through a series of events, one of the letters lands wrongly in the hands of a fellow friendless classmate named Connor (Colton Ryan), who as a result, commits suicide.  Connor’s parents, Cynthia (Amy Adams) and Larry (Danny Pino), misinterpret the letter as a suicide note addressed to Evan since the letter was in Connor’s pocket. Further complicating matters is that Connor’s name is the sole signature on Evan’s broken arm cast.

Soon, Evan finds himself thrust into the lives of the Murphy family, particularly a budding romance with Connor’s sister Zoe (Kaitlyn Dever). Evan soon finds himself on a journey of self-discovery that gives him the chance to finally be accepted by his peers and live the life he never dreamed he could have.

Before I dive into the review, two of the more conversational elephants in the room need addressing. The first is Platt’s age of 28, portraying a 17-year-old high school senior. Quite frankly, if I wasn’t bothered by a 28-year-old Clayton Rohner with thinning hair as seventeen-year Rick Moorehouse in the eighties classic, Just One of The Guys, I can give Platt a pass. Secondly, Ben’s father, Marc Platt, produced the film, which many think screams nepotism. I acknowledge that maybe an unknown or younger actor could have been considered, but Dear Evan Hansen was always a passion project for the Platt’s, so I understand why Ben is in the role.

I have always had a soft spot for musicals, so Dear Evan Hansen was right up my alley. Furthermore, the aspect of trying to find your place in the doldrums of high school is a timeless message that I wanted my son, who is currently in eighth grade, to embrace.  The opening number “Waving Through a Window” grabbed me immediately, and I found myself tapping my foot. It was a great introduction to Platt and a great start to the film.

I instantly felt for the character of Evan. While I did not have social anxiety in high school, I was timid. The scenes where Evan fumbles over his own words to say to his unrequited crush Zoe brought back many memories.  The film gains traction after Connor’s suicide and Evan begins to come out of his shell. I commend the writers for the arc they give Evan.

My son and I both knew his angle and understood all of his choices.

The supporting cast of the adult characters can do roles like this in their sleep. However, one particular adult character, Larry (Danny Pino), really spoke to me when he finally came to grips with his son’s death.  Kaitlyn Dever has been on my acting radar since her breakthrough with 2019’s Booksmart, so I was happy to see her back on the big screen. Kudos to Amandla Stenberg & Nik Dodani as confidants of Evan as well.

My primary gripe with Dear Evan Hansen was that the editing could have been a little tighter, but overall, Platt shows that he can carry a film, and I look forward to his next starring role.