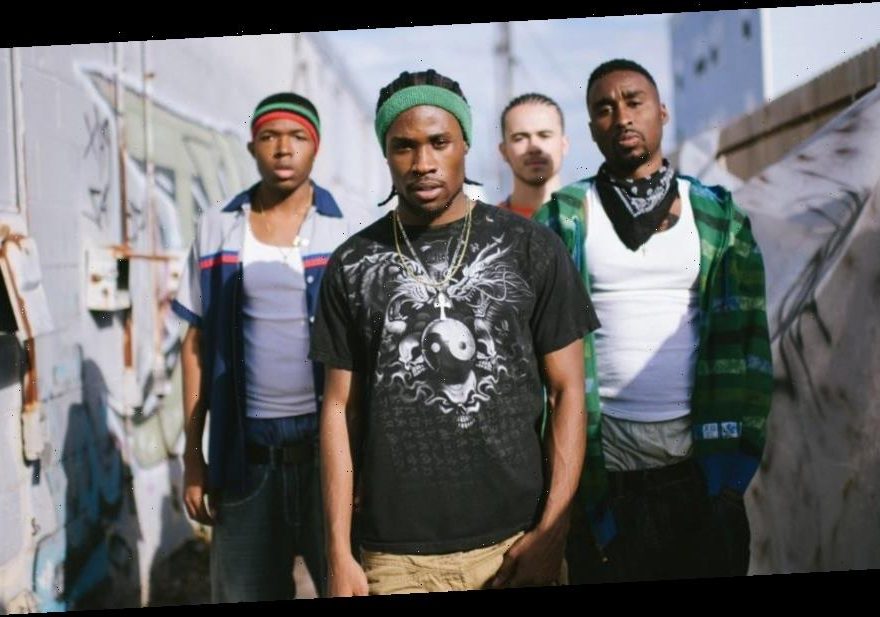 RZA continues to grow as a filmmaker with Cut Throat City

Blink and Andre both share a passion for the arts, with Blink showing promise in drawing, while Andre is a talented musician. On the contrary, Junior and Miracle would instead run the streets looking for a quick buck. With no jobs insight for anyone, the crew reaches out to Demyra’s shady relative ‘Cousin’ Bass (T.I.) to pull off a one-time heist. The job doesn’t go as planned, and the friends not only have to endure the wrath of Cousin’ Bass but also attempt to steer clear of a dirty politician (Ethan Hawke). Add another gangster known only as The Saint (Terrence Howard) to the mix and street smart cop Lucina (Eiza González); the boys have their hands full.

I commend first-time feature writer Paul Cuschieri for the idea behind Cut Throat City. In terms of straightforward entertainment, two of my favorite film genres are the heist film and a natural disaster film. Instead of taking the comic book style route of 2018’s similarly themed The Hurricane Heist, Cuschieri’s script humanizes the characters and wants to understand why they make their choices.

There are a ton of ideas in the film. So much so that a miniseries may have been the better route to go. One of the film’s primary criticisms is its two-hour-plus time and numerous false endings. Had the director trimmed to the film down to say a tight one hundred and five minutes run time, the end result would be better. For me, the film began to drag in its third act.

The acting from our leads is exceptional, with Shameik Moore guiding the ship of young actors. The opening credit sequence of the film showcases some impressive animation representing the vision that Moore’s character of Blink has for getting out of the hood. In his portrayal of Blink, Moore never comes off as a hardened criminal; instead, he’s a man trying to do what’s best for his family. Demetrius Shipp Jr. and Denzel Whitaker bring their usual bravado to the roles of Andre and Junior. Yet, it’s nothing we haven’t seen either do before. The weakest of the four is Keean Johnaon, who is kind of just there and doesn’t really have an arc.

Rapper T.I. also brings his usual villainous performance method to ‘Cousin’ Bass, which is fine. He’s having a ball playing a bad guy. I must point out that if you’re expecting huge roles from Wesley Snipes and Terrence Howard, prepare to be let down. Both men are negated to extended cameos (maybe a total of fifteen screen time total). Still, it’s electric when they are on screen.

The rest of the cast, including Ethan Hawke and Rob Morgan, are useful in their roles, although I would’ve loved to see Morgan’s character fleshed out a bit more. RZA has come a long way as a filmmaker and his passion for the art of film shows. One of the things you’ll notice is the rapper’s respect for New Orleans with his cinematography choices and dialogue choices.

Cut Throat City will open in limited release on Friday, August 22nd, and be available for streaming the same day.