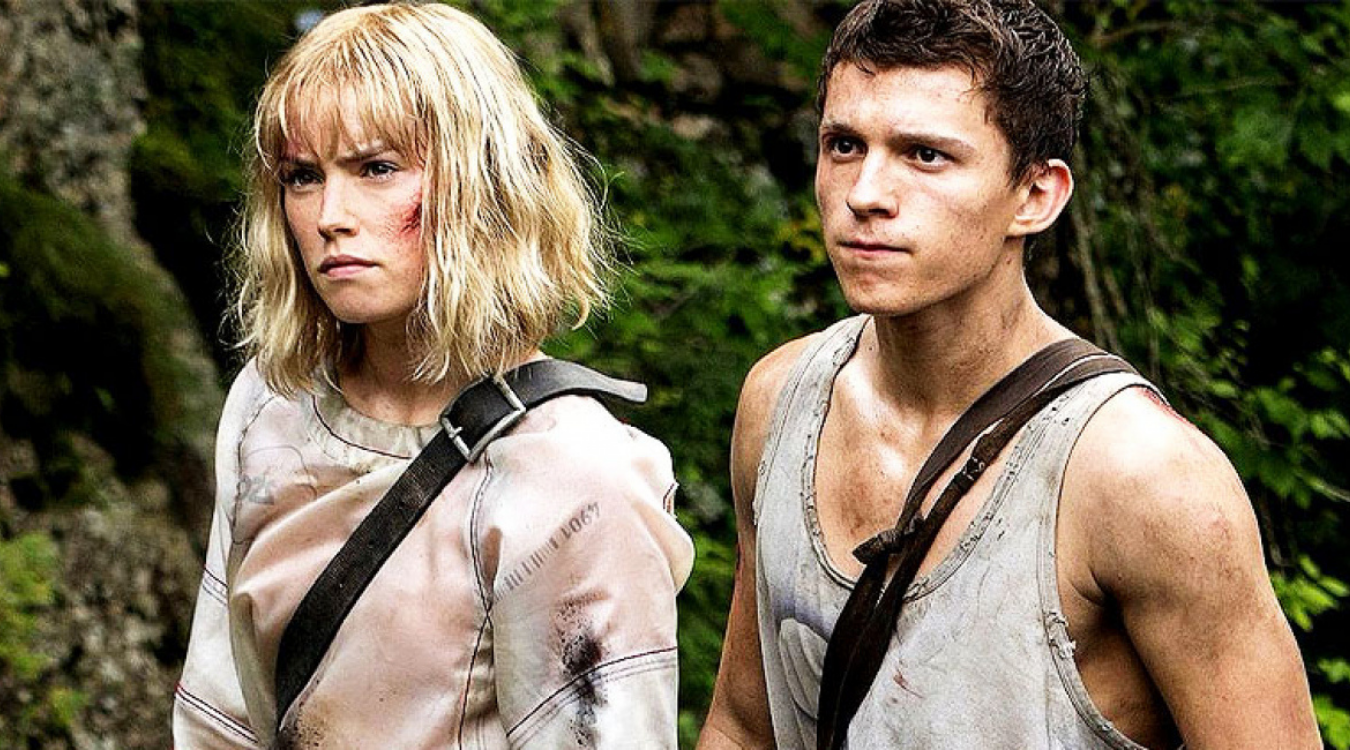 Chaos Walking is a chaotic mess of a movie

Tom Holland and Daisy Ridley collaborate with director Doug Liman in Chaos Walking from Lionsgate. The film is an adaptation of The Knife of Never Letting Go, the first book in the Chaos Walking trilogy by author Patrick Ness. The film is set in a dystopian world where all living creatures can hear each other’s thoughts in a stream of images, words, and sounds called Noise.

In the not-too-distant future, Todd Hewitt (Tom Holland) is residing in Prentisstown with his adoptive fathers Ben Moore (Demián Bichir) and Cillian Boyd (Kurt Sutter). Todd has great admiration for David Prentiss (Mads Mikkelsen), the Mayor of Prentisstown, despite having an ongoing beef with the mayor’s son and soldier David “Davy” Prentiss Jr. (Nick Jonas).

Things change when one day Todd discovers Viola (Daisy Ridley), a mysterious young woman who crash lands on his planet. All of the women have disappeared, and only the men who are left are afflicted by The Noise. In this dangerous landscape, Viola’s life is threatened. As Todd vows to protect her, he must discover his own inner power and unlock the planet’s dark secrets.

A talented cast, a director who specializes in big-budget spectacles, and a story that takes place in a dystopian world, what could possibly go wrong? Where do I begin? Well, it’s no secret that Chaos Walking has suffered a troublesome road getting to the screen since the studio acquired the rights back in 2011. Charlie Kaufman wrote the first draft of the screenplay. At some point, legendary director Robert Zemeckis was rumored to direct. Perhaps those two could’ve saved the film from the abysmal mess that ends up on our screens.

One of the things that bothered me most about the film was the “Noise.” It just didn’t transition well on the screen, and after a while, it became annoying, which isn’t a good sign for a film of this caliber. Then there’s the script which doesn’t do the premise justice. Supposedly the film takes place in the year 2257 A.D., where the male settlers are bombarded every second of every day with each other’s thoughts.

This drove the men insane because women could also hear and see their thoughts, while the women’s remained hidden. After the women were killed off, purportedly by the planet’s indigenous species, the men remain haunted, if not tortured, by the endless barrage of their thoughts that come to life; why not flesh out that angle more? To be honest, having the men use martial arts as a way to vent out their frustration would’ve been a good angle to add.

In our lead roles, Tom Holland and Daisy Ridley do what they can with the material. Still, both actors appear to be on autopilot. Watching the film, it seemed that Holland and Ridley decided to phone in the performance with a variation of their more known roles from other franchises. The supporting cast isn’t much better. Mads Mikkelsen gives us his usual villain performance. Simultaneously, the usually reliable David Oyelowo, Cynthia Ervo, and Demián Bichir are all vastly underwritten and deserve better. Nick Jonas, whose acting I’ve come to enjoy since discovering the show Kingdom, is also wasted. However, it seems like he had a more substantial role that ended up lost in the editing.

I do think the potential was there for a good movie. I mean, after all, Doug Liman directed Mr. & Mrs. Smith, The Bourne Identity, and even Edge of Tomorrow. Sadly, the script for Chaos Walking just doesn’t allow the director to execute his talents properly.