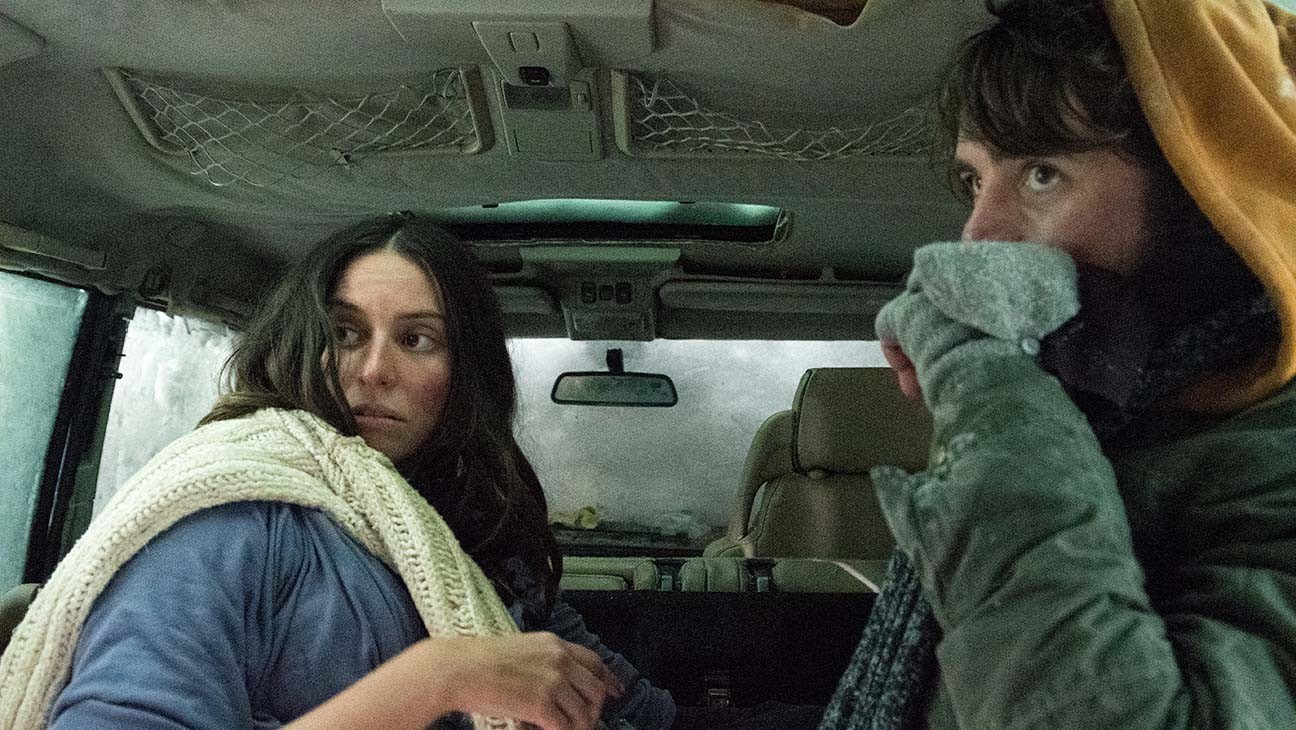 Claustrophobia is front and center in Centigrade

IFC Midnight films bring the latest survival tale to the screen in Centigrade from director Brendan Walsh. Set in the year 2002, we met a young American couple, Matt (Vincent Piazza) and Naomi (Genesis Rodriguez), traveling through Norway’s arctic mountains. Naomi is on a book tour, and given that she is pregnant, Matt is tagging along with his spouse. In need of a nap, the couples decide to pull over during a snowstorm to energize themselves. As fate would have it, they wake up trapped in their SUV, buried underneath snow and ice layers.

With few resources, a dwindling food supply, and nothing but time, tension, blame, and personal secrets bubble to the surface quickly. Matthew and Naomi realize they must work together to survive in a crippling battle against the elements, hypothermia, disturbing hallucinations, and plunging temperatures reaching as low as -30Cto survive.

Director Brendan Walsh co-wrote the script for Centigrade with Daley Nixon adapting the true story. One of the first things I must point out and give credit to the marketing team is not pushing Centigrade as the next great horror film. Given the film’s central premise, that would’ve been the easy route to take. That’s not to say the movie doesn’t have a scary set up as I’m sure anyone who suffers from chionophobia or claustrophobia may find the film scary.

Real-life married couple Genesis Rodriguez and Vincent Piazza have a natural chemistry as Matt and Naomi. Any couple will relate to both parties, and the stress that sometimes comes with taking a road trip and something unexpected happens. The strain between the two is very believable, notably when Naomi drops a water bottle. Communication is a massive part of the film. Perhaps the film can serve as a learning lesson to always appreciate what you have, as you never know, the curveball life will throw at you.

Piazza is known primarily for his television work. Vincent Piazza is good as our male lead and provides a delicate balance to Genesis Rodriguez’s Naomi. In her previous films, Rodriguez is usually portrayed as a sexpot. Still, here she’s subdued and given a chance to flex her acting muscle. One of the arcs for Rodriguez’s character of Naomi is she’s headstrong. Yet, her flaws have affected her relationship with Matt. Perhaps had these issues been addressed earlier, the characters wouldn’t be in this current danger.

While Centigrade is generally enjoyable, some viewers may be turned off the film’s pacing. Usually, in a movie like this, the director would show our couple’s happier times or provide flash-forwards. Director Brendan Walsh avoids that arch types and places right in danger with the couple, which helps the narrative of the film. Walsh does give the movie more of a two-person stage play feature than say a traditional feature narrative.

Centigrade succeeds by never falling into the traps of allowing our characters to become comfortable quickly. Avoiding a light-hearted survival story and instead focusing on the current elements of danger surrounding the elements. By no means are a perfect film, but viewers willing to suspend disbelief and let the movie be what it is to enjoy the brief run time.

Centigrade is in theaters and On Demand on August 28, 2020