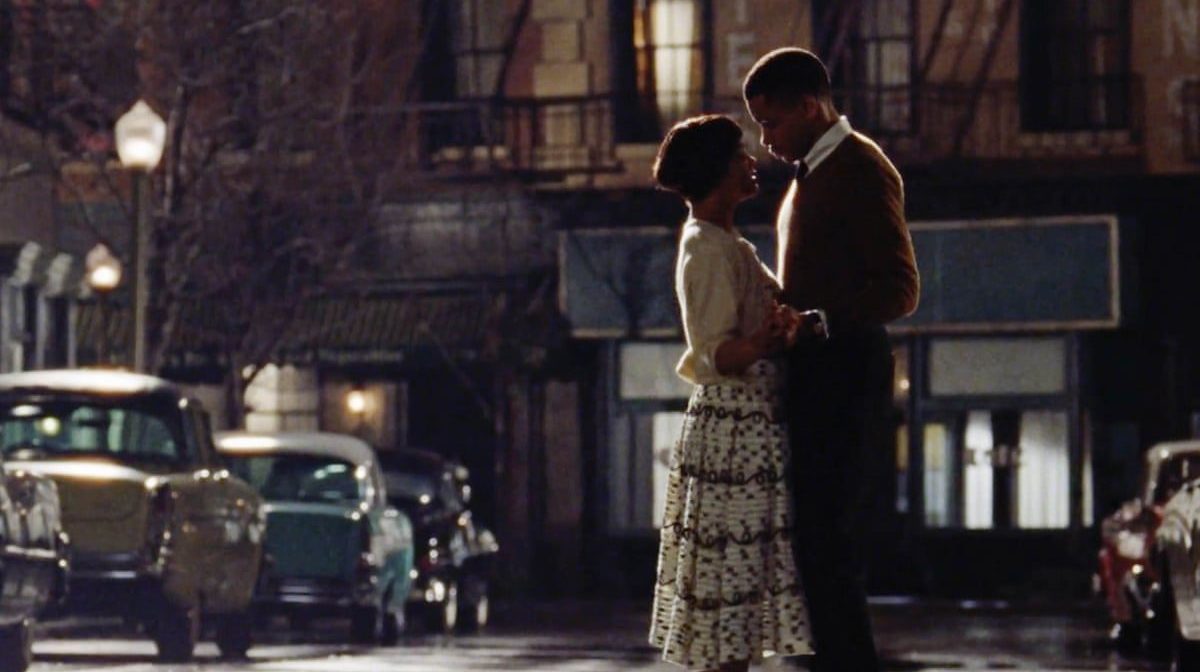 My wife will tell you that I am a sucker for a good love story. As I sat down to view Sylvie’s Love during the 2020 virtual Middleburg Film Festival, I had no idea what the film was about. However, the plot summary grabbed my attention, and anything that has the adorable Tessa Thompson as a lead, I am going to check it out.

Directed and written by Eugene Ashe, Sylvie’s Love is the story of Sylvie (Tessa Thompson) and Robert (Nnamdi Asomugha), who we first meet during a reunion after five years. The film then begins a flashback to how our characters arrived at this chance meeting. It is the late 1950s, and Sylvie is engaged to be married and spends her days working in her father’s, Herbert (Lance Reddick), record shop. Robert, on the other hand, is a member of a jazz quartet led by Dickie Brewster (Tone Bell).

While he waits for his big break and needing to pay bills, Robert gets a job at the record shop. Naturally, the two develop a friendship that evolves into something more. Eugene Ashe then takes us on a nearly two-hour journey of the ups and downs of love as we watch the romance of Sylvie and Robert unfold, all set to a beautiful jazz score courtesy of composer Fabrice Lecomte.

The moment the film opens, we see Tessa Thompson’s character in an alluring blue dress waiting outside of a theater as Nancy Wilson’s “The Nearness of You” plays in the background. It is clear that director Eugene Ashe found inspiration in the films of Douglas Sirk and other romance films of the fifties. To add an extra layer of authenticity, when the film opens, everyone in the cast is credited as their character. Ashe and his cinematographer also shot the glorious film in Technicolor palette.

One of the first things about the film that viewers will notice is that Sylvie’s Love is a black love story, taking place in the fifties and sixties. However, there isn’t a racist white antagonist or scenes of black pain. If anything, Ashe uses his script to highlight the women’s movement, as Sylvie has natural ambition and wants to work, despite the misgivings of her mother, who wants her to marry rich.

Tessa Thompson is wonderful as Sylvie. Thompson showcases her naturalistic charm as Sylvie and allows us to root for her character throughout her cinematic journey. Next to her scenes with Nnamdi Asomugha, some of my favorite Thompson scenes involve Sylvie just having girl talk with her cousin Mona (Aja Naomi King) and talking business with her eventual boss, Kate (Ryan Michele Bathe). Former football player, Nnamdi Asomugha, is also enjoyable in his second male lead role. Asomugha brings a natural swagger and confidence to the role. Robert never comes off as arrogant or overtly thirsty in his pursuit of Sylvie. Instead, he is a man who has dreams and wants Sylvie to be a part of that, even if it is only as his friend.

The supporting cast in the film all provide quality work as well. Comedian Tone Bell trades in jokes for a solid dramatic role as Dickie, while British actor Regé-Jean Page continues to add glowing supporting roles to an already impressive resume. Actress Jemima Kirke, Eva Longoria, and Wendi McLendon- Covey have small roles, however all three leave an impression when the film’s credits roll. My only gripe with the film was the small role for Lance Reddick as Hebert, Sylvie’s father. I would have loved to see a jam session with Herbert and Robert, given that Reddick is an accomplished jazz musician.

Lush cinematography, two delightful lead performances, and a believable love story earn Sylvie’s Love a place in my year’s ten best. While director Eugene Ashe flawlessly showcases the beauty of black love in Sylvie’s Love, the film will strike a chord with anyone in the mood for a delicate love story.

Sylvie’s Love will be available to stream on Amazon, Christmas Day.