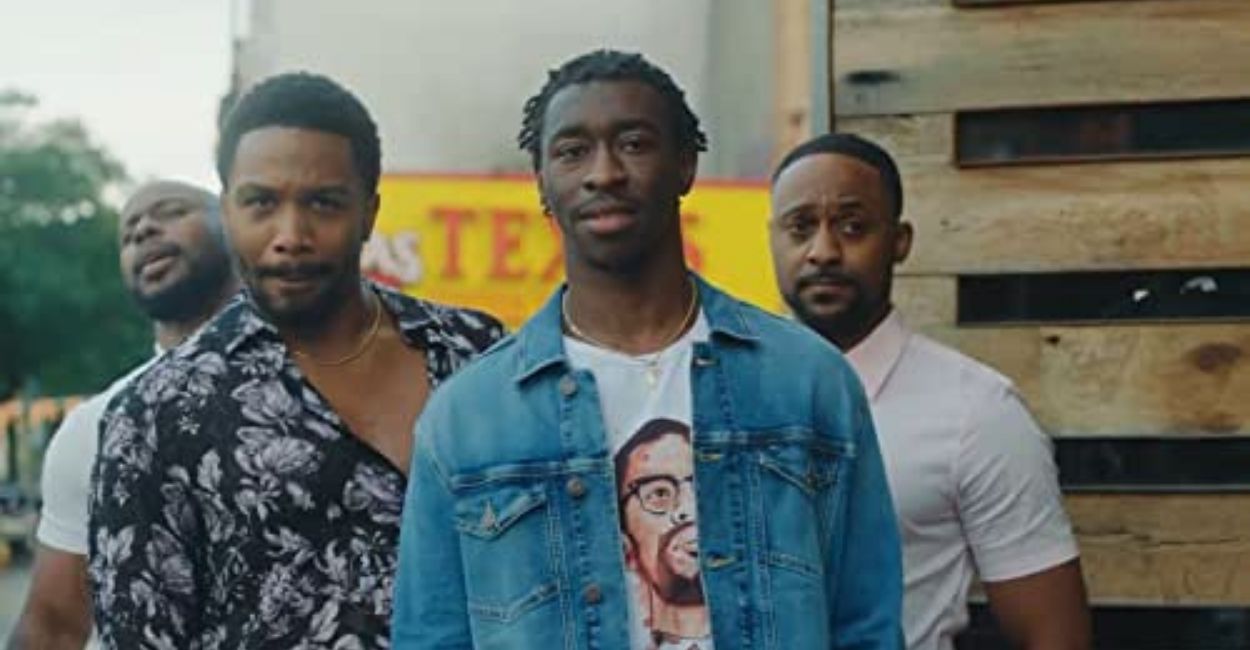 Actor Jussie Smollet makes his directorial debut with B-Boy Blues. Smollet co-writes the film with James Earl Hardy, which is an adaptation of Hardy’s same-titled novel. Mitchell (Timothy Richardson) is a successful advertising executive living in New York who is unlucky in love. Things appear to be on the lookup when Mitchell meets Rahim (Thomas Mackie), a bike messenger/courier. Initially, Mitchell is hesitant to go on a date with Rahim, but Rahiem wins him over, and they begin a relationship dealing with all the ups and downs that come with new love.

One of the first things I want to point out about B-Boy Blues is that the film is a love story. Smollet and his co-writer don’t hold back in the movie, however, I can’t recall any nudity or anything overly explicit. The director handled the love scenes in the film with taste and, for the most part, blurred out.  The handling of the bulk of the characters and their relationships was also done respectably.

Smollet avoids turning his cast of characters into overly flamboyant caricatures. Instead, these men play basketball, are from the streets, and are quick to speak their minds. I liked the arc for Mitchell, and it was great to see an unknown in the role as I was able to identify with this character’s motives. While I’m a straight male, the commutation issues, newness, and petty fights are universal.

In the role of Rahim, Thomas Mackie taps into the character template of a Lothario trying to settle down.  Mackie has excellent chemistry with Richardson, and the two sell the relationship. The supporting cast of Landon G. Woodson, Brandee Evans, Jabari Redd, Brian Lucas, and Mrs. Heather B. also turn in solid work as family and friends of Rahim and Mitchell.

The one issue I had with B-Boy Blues was a particular scene where Rahim walks around shirtless as he prepares to meet Mitchell’s friends. The women on the block who appear in the background can’t keep their attention, and I felt that the scene didn’t connect with its humor. Outside of that, though, the cast and the storyline of the film kept my attention.

B-Boy Blues is the first of a four-part book series. So hopefully, the film is a success, and Smollet can finish telling his story. I also want to credit Smollet for his shot choices, and musical selections heard throughout the film. I also loved the stylish layout of Mitchell’s apartments and the nods to James Baldwin and Langston Hughes throughout the film.

Due to the content, I don’t expect mainstream audiences to rush out and see B-Boy Blues which is fine as we all have free will. While the film is for a niche audience, as Ralph Waldo Emerson once said, ‘To be yourself in a world that is constantly trying to make you something else is the greatest accomplishment.” And to me, Smollet has accomplished an honest love story with his directorial debut.