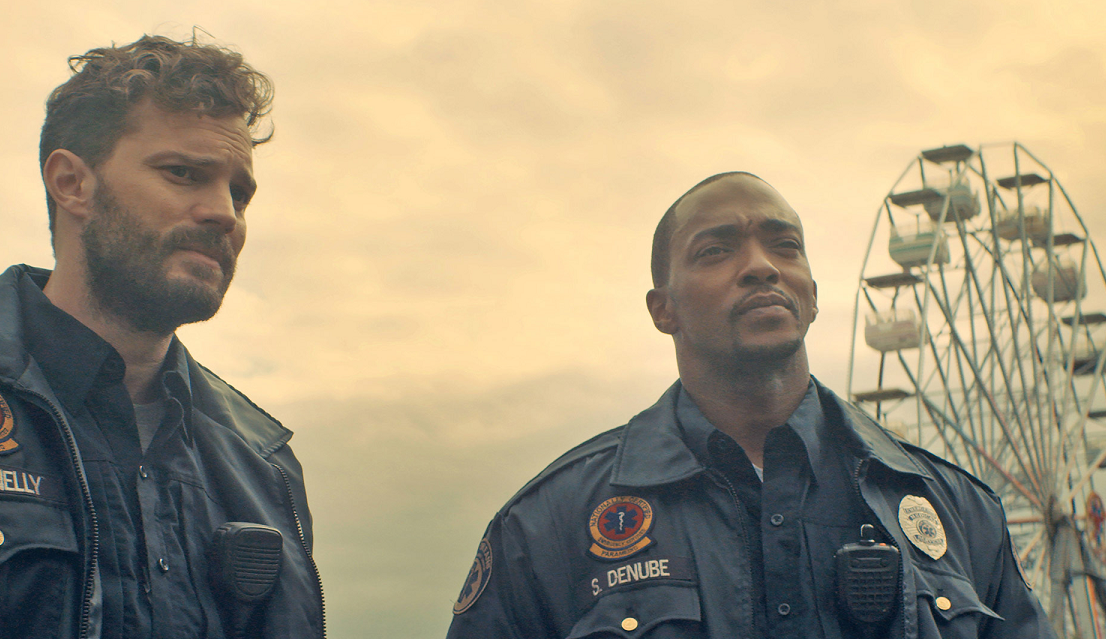 The filmmaking duo of Justin Benson & Aaron Moorhead stays in the genre of science fiction for their third feature film Synchronic from Well Go USA. The film follows New Orleans paramedics and longtime best friends Steve (Anthony Mackie) and Dennis (Jamie Dornan). One day the partners are called to a series of bizarre and gruesome accidents; they chalk it up to a mysterious new drug found at the scene.

But after Dennis’ oldest daughter disappears, Steve stumbles upon a terrifying truth about the supposed psychedelic that will challenge everything he knows about reality — and the flow of time itself. I want to point out that viewers should go into Synchronic with a blind eye and knowing as little about the film as possible. That being said, I want to keep my review as brief as possible.

Justin Benson’s script portrays Steve as the ladies’ man who keeps a life-threatening brain tumor a secret from his best friend. While it paints Dennis as a family man with his own doubts. Mackie and Dorman have great chemistry, and I generally believed in the duo’s friendship. I also want to give credit for Mackie’s casting as or lead, and he carries the movie with a smooth tact. It was refreshing to see an actor known for playing a superhero portrays a character interested in physics and science.

While the film has a limited budget, the film’s effects and cinematography are pretty impressive, and I look forward to seeing what the duo can do with a bigger budget from a studio. Benson handles the script while Moorhead handles the cinematography. The pair’s look gives New Orleans post-Katrina is awe-inspiring and adds to the film’s somber mood.

When I reached the end of Synchronic, I was skeptical of my thoughts on the film. I wondered how I would write the review without going into spoilers. All I can say is if you want to see a movie that mixes racism, drug addiction, and time travel, give Synchronic a chance. However, if you’re accepting nonstop action and a plot with a resolution wrapped up in a tight bow, then Synchronic may not be the film for you.

Synchronic will open in Theaters, Drive-ins this Friday October 23rd.