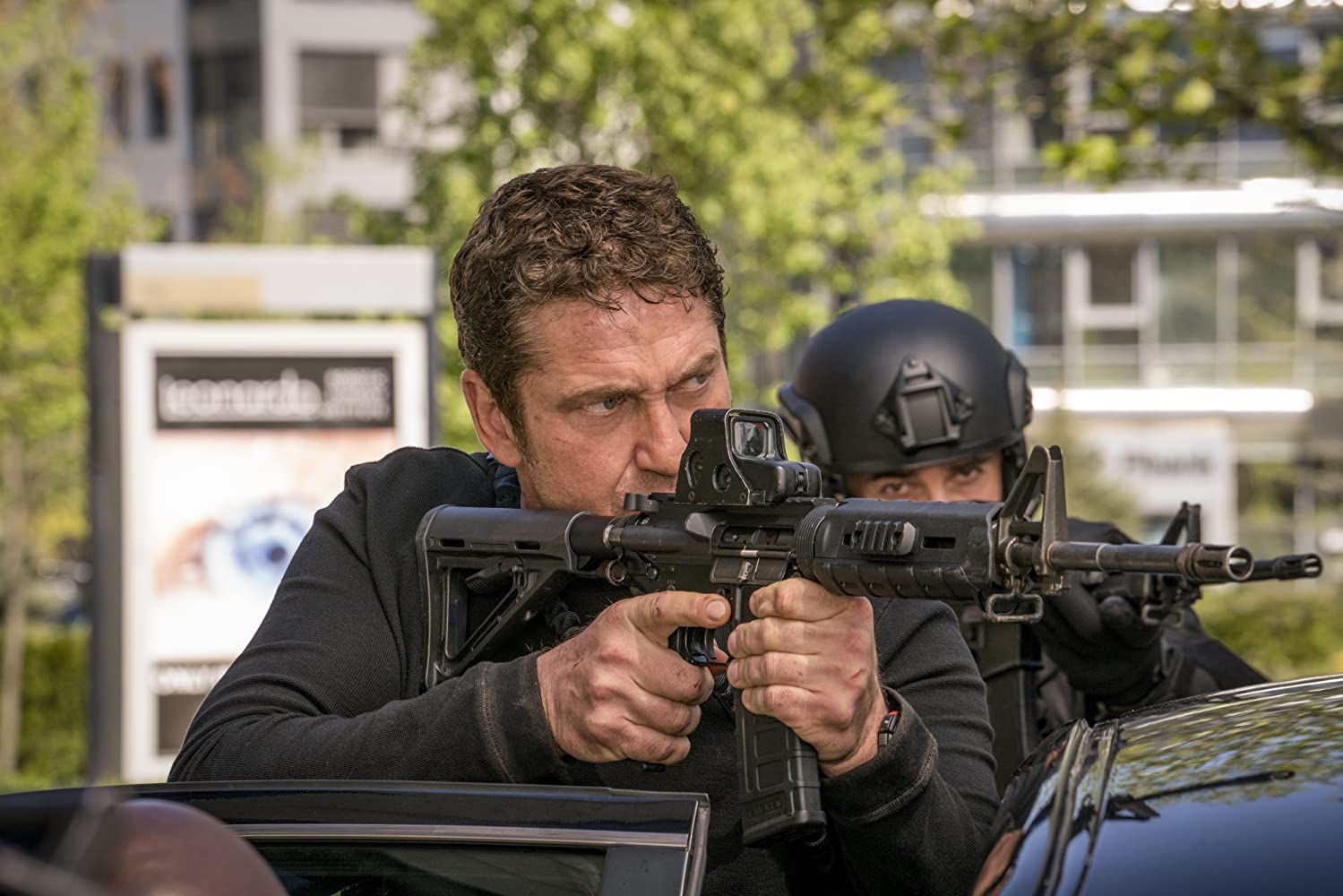 Angel Has Fall an action-packed threequel

While Mike is flirting with the idea of retirement, the President would like Mike to become the new Secret Service Director. As both men are discussing these decisions during a fishing trip, they are attacked by Mike’s former comrade in arms, Wade Jennings (Danny Huston), who secretly leads a global terrorist organization. The organization sets up Mike for the attack on the President, and soon Mike finds himself on the run to clear his name. With a highly intelligent FBI agent (Jada Pinkett Smith) hot on his trail and the entire world thinking he’s guilty, Mike’s only allies are his wife Leah (Piper Perabo) and estranged father Clay (Nick Nolte).

Ever since making his debut in 2013’s Olympus Has Fallen, the character of Mike Banning has been one of my favorite action heroes for the last six years. Delivering a one-liner as well as a butt-kicking, I look forward to seeing the latest adventure with the character. I hold the first film in a very high regard, and while the sequel London Has Fallen has its moments, it lacks the charm of the first film.

Thankfully, the third film gets the series back on track with a very plausible plot. The first two films find Mike protecting the President, so this time around, screenwriters Robert Mark Kamen and Ric Roman Waugh use the story template of a man on the run. It’s the perfect angle for the third film to take the franchise in a brand-new direction. Sure, Banning disposes of the bad guys in gruesome fashion, but he also has to use his wits to avoid capture.

One of the things I was fond of in Angel Has Fallen, is that we get a chance to see some of Mike’s backstory. There was no better choice to play Mike’s estranged father than Nick Nolte. With his raspy voice and long beard, Nolte is a hoot as the elder Banning. A Vietnam era Ranger/tunnel rat who can survive in any situation. I also enjoyed Piper Perabo as Mike’s wife. While Jada Pinkett-Smith, Morgan Freeman, and Danny Huston all provide solid supporting work as well

Huston particularly stands out as the film’s antagonist. Granted, the moment he appears on the screen, you know that he’s up to no good; however, the script gives his character some merit as opposed to creating a one-note villain.

As Angel Has Fallen is an action flick, I’m sure you’ll want to know how the action is. I can assure you that director Ric Roman Waugh, who began his career as a stunt man, delivers the goods. Similar to the action sequences in his previous film Shot Caller, he gives us an impressive set piece after set piece.

I highly recommend Angel Has Fallen, as it is a fun, mindless popcorn entertainment that revels in giving its audience precisely what it paid to see. I look forward to the next Mike Banning adventure.