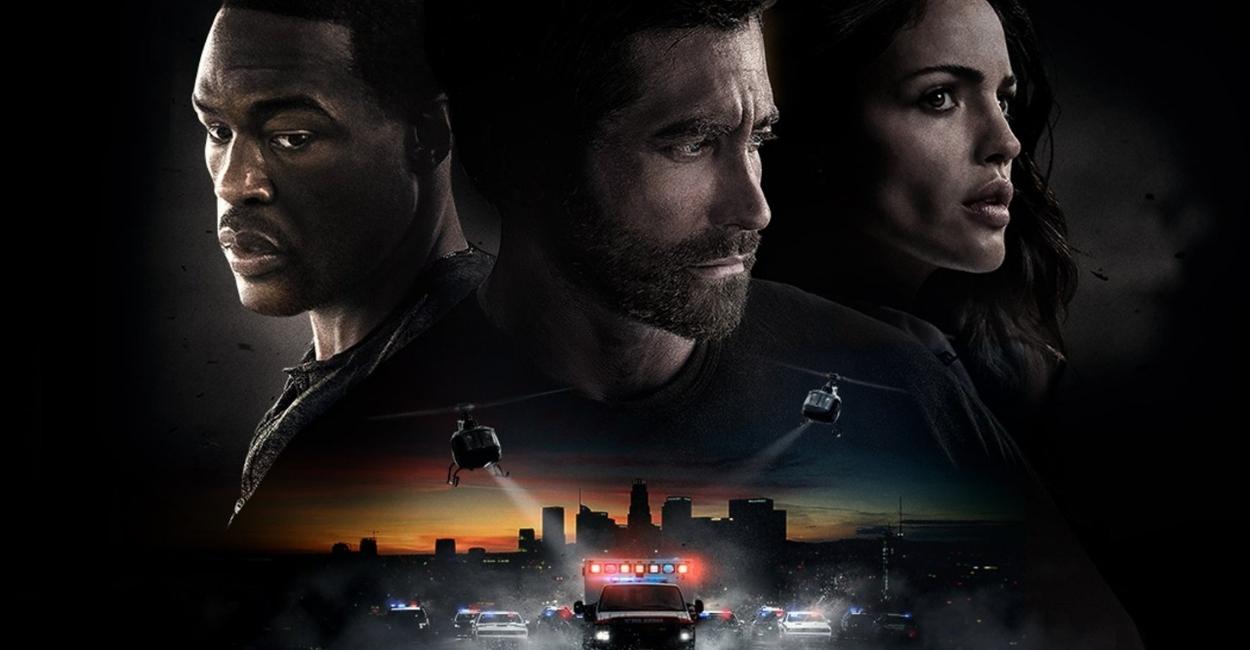 Flashy director Michael Bay makes a return to the big screen in the white-knuckle thriller Ambulance from Universal Pictures. Decorated veteran Will Sharp (Yahya Abdul-Mateen II), desperate for money to cover his wife’s medical bills, asks for help from the one person he knows he should not–his adoptive brother Danny (Jake Gyllenhaal). A charismatic career criminal, Danny instead offers him a job for the biggest bank heist in Los Angeles history: $32 million.

Will cannot say no with his wife’s survival on the line. However, when their getaway goes spectacularly wrong, the desperate brothers hijack an ambulance with a wounded cop clinging to life and ace EMT Cam Thompson (Eiza González) onboard.  In a high-speed pursuit that never stops, Will and Danny must evade a massive, city-wide law enforcement response, keep their hostages alive, and somehow try not to kill each other, all while executing the most insane escape L.A. has ever seen.

Outside of his last two directorial efforts, the messy 6 Underground and the dreary Transformers: The Last Knight, I have never had a problem with Michael Bay and his filmmaking style. The initial trailer and premise for Ambulance caught my eye, not to mention two of my favorite actors, Yahya Abdul-Mateen II and Jake Gyllenhaal, were the leads in the film. Chris Fedak pens the screenplay for Ambulance, an American remake of the 2005 Danish film of the same name.

One of the things I want to commend Fedak for is how he introduces us to the primary characters. Fedak wastes no time setting up the premise, which combines Bay’s visual style well. From the onset, we see how good Cam is at her job and the strength of the brotherly relationship between Will and Danny. There is also a great introduction to Officer Zach (Jackson White), Capitan Monroe (Garret Dillahunt), and FBI Agent Anson Clark (Keir O’Donnell), all of whom figure into the plot.

As this is a Michael Bay film, the editing is fast, and when the action sequences occur, I could not help but smile. Yahya Abdul-Mateen II and Jake Gyllenhaal handle the action sequences nicely and avoid stereotypical action movie tropes. The chemistry between the two is genuine and honest, as are their interactions with Eiza González whom they share the Ambulance for most of the film’s duration.  There’s also some great back and forth dialogue between Jake Gyllenhaal, Garret Dillahunt & Keir O’Donnell as men on opposite sides of the law.

For the most part, Ambulance kept my attention, although I do think maybe a cut of twenty would have helped the overall structure. Nevertheless, Bay set out to make a small film focusing on the tension between characters trapped in a claustrophobic setting. In that regard, Bay achieves his goal and creates an enjoyable nineties throwback-style popcorn flick.