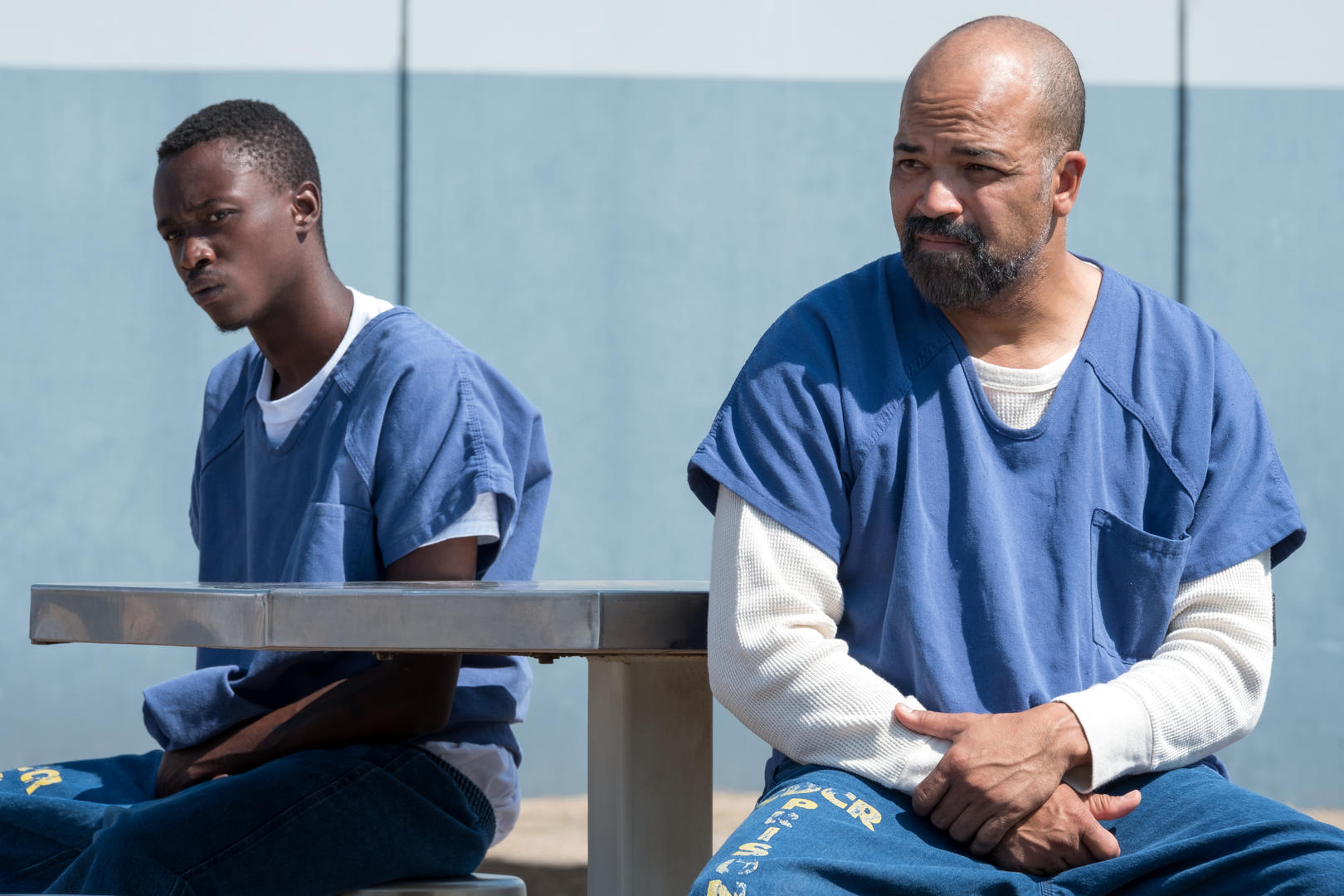 Screenwriter Joe Robert Cole directs Netflix’s latest feature All Day and A Night. Film buffs know the name Joe Robert Cole from his co-writing credit on the 2018 blockbuster Black Panther. For his follow up film and first directing gig in nine years, Cole gives his audience a story about young men breaking the cycle of mistakes that fathers make.

The film opens up with aspiring rapper Jahkor (Ashton Sanders) sitting in a car, providing voiceover narration as he prepares to take out a drug-dealing rival. Naturally, Jahkor gets caught and winds up in the same prison as his estranged father, JD (Jeffrey Wright). From there, All Day and A Night gives its audience a non-linear story to explain how Jahkor’s motivation for making the decision he did in the film’s opening.

All Day and A Night tells its story out of chronological order; the bulk of the narrative comes from Sanders’s voiceover. Throughout the film, we see Jahkor doing his best to avoid the mistakes that his father made once he learns that he’s going to be a father himself. Despite the warnings of his friend TQ (Isaiah John) and a local kingpin, Big Stunna (Yahya Abdul-Mateen II), Jahkor seems to find himself in dire situations.

We meet a young Jahkor (Jalyn Hall) who loses a toy to a bully and later has to deal with the wrath of an angry JD. Jalyn Hall, who portrays Dylan on the CW’s All American, does well as a young Jahkor. The mannerisms that he displays transition well to the older Jahkor, which Sanders portrays. The scenes with Jeffrey Wright and Jalyn Hall were powerful to watch.

Jeffrey Wright is one of the best actors working today, in my opinion, so anything he does, I’m watching. Bringing a subdued nuance to JD, Wright portrays the role of a man who wants to do right, but only knows the ways of the streets. I also enjoyed seeing Yahya Abdul-Mateen II as an antagonist once again. With a masterful voice and the ability to go from charming to menacing in seconds, Yahya Abdul-Mateen II may have found his niche portraying villains.

Primarily though, the film is another showcase for rising young actor Ashton Sanders. Fresh off his leading role in Wu-Tang: An American Saga, Sanders has to carry the weight of All Day and A Night, and he generally succeeds. Sanders has excellent chemistry with the majority of the cast whenever he’s in a scene with them. There are also moments when Sanders gets a chance to show off his MC skills, which I liked.

I did find the female characters in the film to be a bit underwritten. Kelly Jenrette portrays Delandra, the mother of Jahkor and doesn’t really have an arc. The same sentiment holds true for Shakira Ja’nai Paye, as Jahkor’s love interest and mother of his child. Both women are capable actresses, but the script doesn’t give them much to do outside of worrying about Jahkor. There is one particular plot beat involving Shakira Ja’nai Paye that could’ve used more fleshing out as it has to quick of a resolution.

Director Joe Robert Cole has crafted an indie-style film with impressive acting, tons of dialogue, and an out of order plot that may throw some viewers. When we get the revelation for Jahkor’s decision in the film’s climax, the non-linear decision angle that Joe Robert Cole uses brings everything full circle.

For the most part, I generally enjoyed All Day and A Night, and I do recommend the film. However, I will make it known that the film is a slow burn, which affected my final grade of the film. If you are expecting a hood classic, then you’re going to be sorely disappointed.