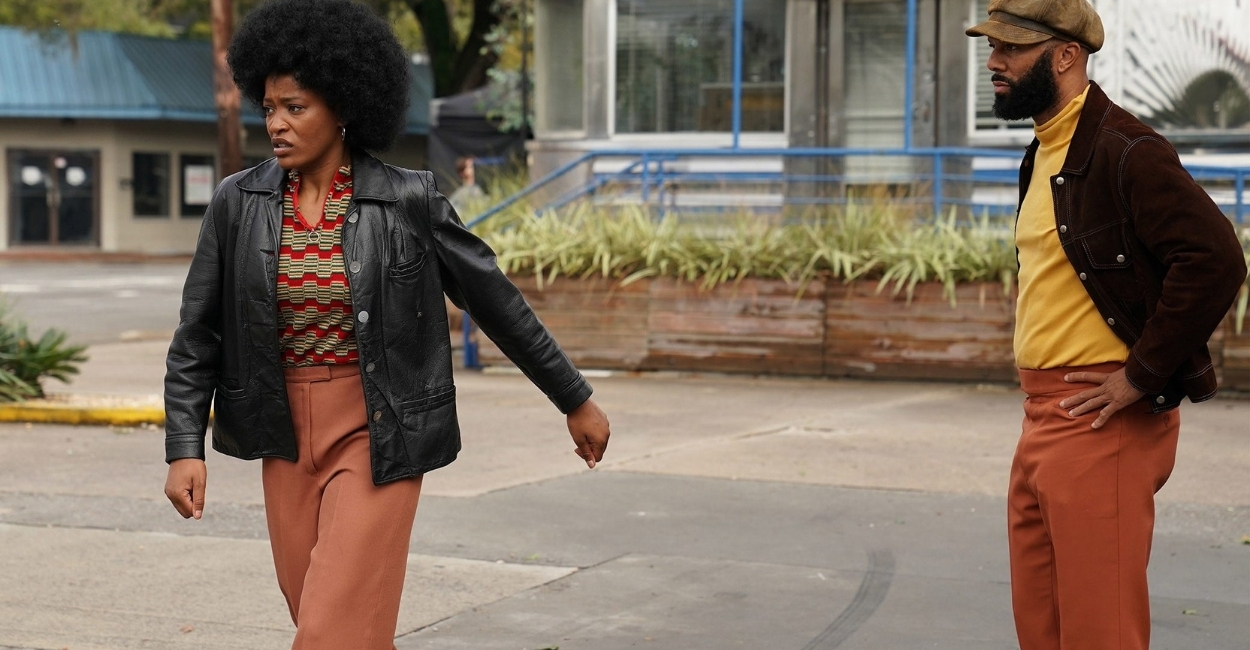 Krystin Ver Linden taps into the book of Antebellum for her directorial debut Alice, from Vertical Entertainment. KeKe Palmer is Alice, an enslaved person yearning for freedom on a rural Georgia plantation under its brutal and disturbed owner Paul (Jonny Lee Miller).  Having recently jumped the broom with Joseph (Gasius Charles), Alice knows there is a better life out there, somewhere.

After a violent clash with Paul, she flees through the neighboring woods and stumbles onto the unfamiliar sight of a highway, soon discovering the year is actually 1973. Rescued on the roadside by a disillusioned political activist named Frank (Common), we quickly comprehend the lies that have kept her in bondage and the promise of Black liberation.

KeKe Palmer earned my respect in her debut in Akeelah and the Bee in 2006. Since then I have watched Ms. Palmer go from Nickelodeon fare, such as True Jackson VP to more adult fare like Pimp. The one thing about Palmer is that she has natural screen presence, but it is a tragedy that she is stuck in a film like Alice.  I get the vibe that the director was going for with the film and it is somewhat clear she has an appreciation for Pam Grier films, particularly when the film goes into the second half.

However, the issue arises when the director tries to mix plot points of other films (Antebellum and 2004’s The Village) with Alice’s story. None of it works, as the tone of each film is sonically different. Johnny Lee Miller is not convincing as our villain either, which a film of this type really needs. The supporting cast do not have much to do either, other than serve as character templates that audiences have previously seen.

Despite some believable chemistry with Palmer, the usually reliable Common appears to go through the motions in the film. I would not say that Common was bad in the role of Frank; he just does not bring anything new to the table. Perhaps if the director had taken the approach of having Palmer portray a dual role of Alice, one in the seventies and one as her ancestor, the film would have come together better.

While I am sure there is an audience for Alice, I particularly did not care for the film.

Alice is set for release on March 18th.