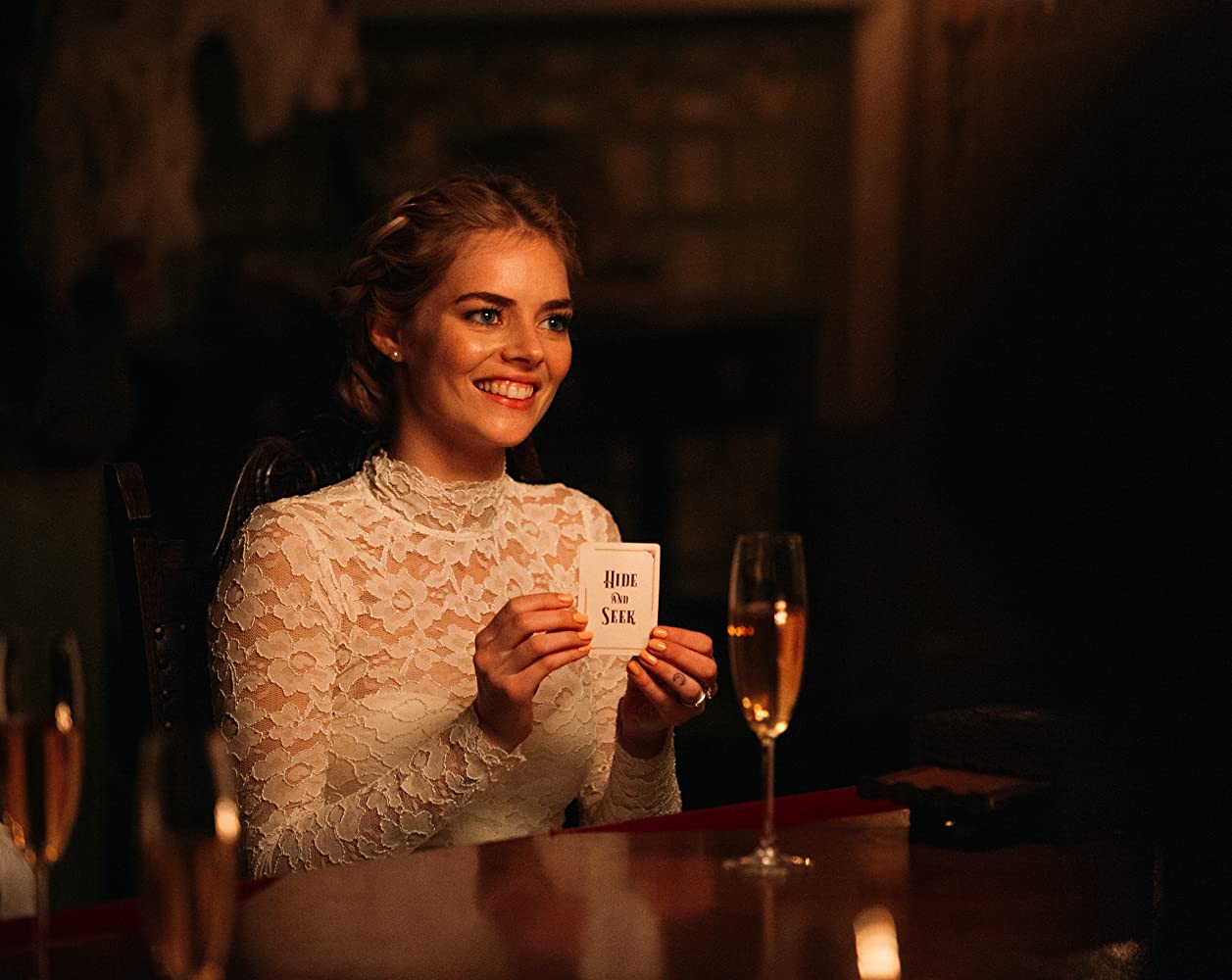 A twisted and fun take on a classic game

The fear of in-laws come alive In Fox Searchlight Pictures, Ready or Not from co-directors Matt Bettinelli-Olpin and Tyler Gillett. Grace (Samara Weaving) has just wed Alex (Mark O’Brien), one of the heirs to the Le Domas fortune. The other members of the Le Domas family include Alex’s parents Tony (Henry Czerny) and Becky (Andie MacDowell), his aunt Helene (Nicky Guadagni), and his sibling’s brother Daniel (Adam Brody) and his sister Emilie (Melanie Scrofano).

After their wedding, Alex informs Grace that his family has a tradition that every new member of the family must participate in a game. What Grace doesn’t know is the one of the Le Domas, ancestor’s Victor made a deal with the devil that involves a twisted and macabre game night. To Alex’s dismay, Grace draws “Hide and Seek,” which has a rule stipulation that the Le Domas must kill the card’s recipient. The newlyweds then set out on a mission to survive the night.

Directing duo Matt Bettinelli-Olpin and Tyler Gillett erase all memories of their last horror film, 2014’s forgettable Devil’s Due. Mixing black humor, gore to the beat of a quick-paced plot, the horror genre has some new blood in the directing duo. On paper Guy Busick and R. Christopher Murphy script for Ready or Not may come across as yet another of the classic novel, The Most Dangerous Game. For the most part, that’s the essence of the plot, but it’s from directors Matt Bettinelli-Olpin and Tyler Gillett execution of the plot tripe that makes the film work. The screenplay is one of the strongest elements of Ready or Not.

Samara Weaving, who isn’t a novice when it comes to the horror genre, excels as our protagonist heroine Grace. The writers give Grace a backstory of an orphan who yearns for a family, which paints a picture of why she’s so trusting of the Le Domas family, despite never meeting them before the wedding. Weaving never falls into the clichés that befall final girls in other horror movies. Grace is fighting for her life with no type of defense training, which makes for an even more enjoyable experience.

The writers also give the Le Domas family different personalities, which helps the appeal of the film. Instead of making the Le Domas family all stone blooded killers, the script portrays them as a mix “old money” (the parents & aunt) and spoiled (the kids sans Alex). I also liked that the writers gave Alex’s siblings Daniel (Adam Brody) a drinking problem and Emilie (Melanie Scrofano) a cocaine habit. The habits make for many comical moments in the film. Adam Brody, who I’ve been a fan of since his days on “The OC,” still has a great dry wit that eschews sadistic sarcasm. On the flip side, Melanie Scrofano gives a performance that elevates the character of Emilie as a hapless airhead.

The older Le Domas family members were also a hoot. Nicky Guadagni brings a demented flair to her role as Aunt Helene. While Henry Czerny and Andie MacDowell portray their characters as a married couple with gusto and sharp comedic timing. Czerny’s delivery of some of his dialogue is black comedic timing at his best, while MacDowell is just having fun portraying a villainess.

Ready or Not also doesn’t lack in the gore department and waits for just the right moments to treat the audience of the cinematic violence melee.

With some of the best acting in a horror movie in recent memory, I highly recommend Ready or Not as the film is an excellent end to the summer movie season.