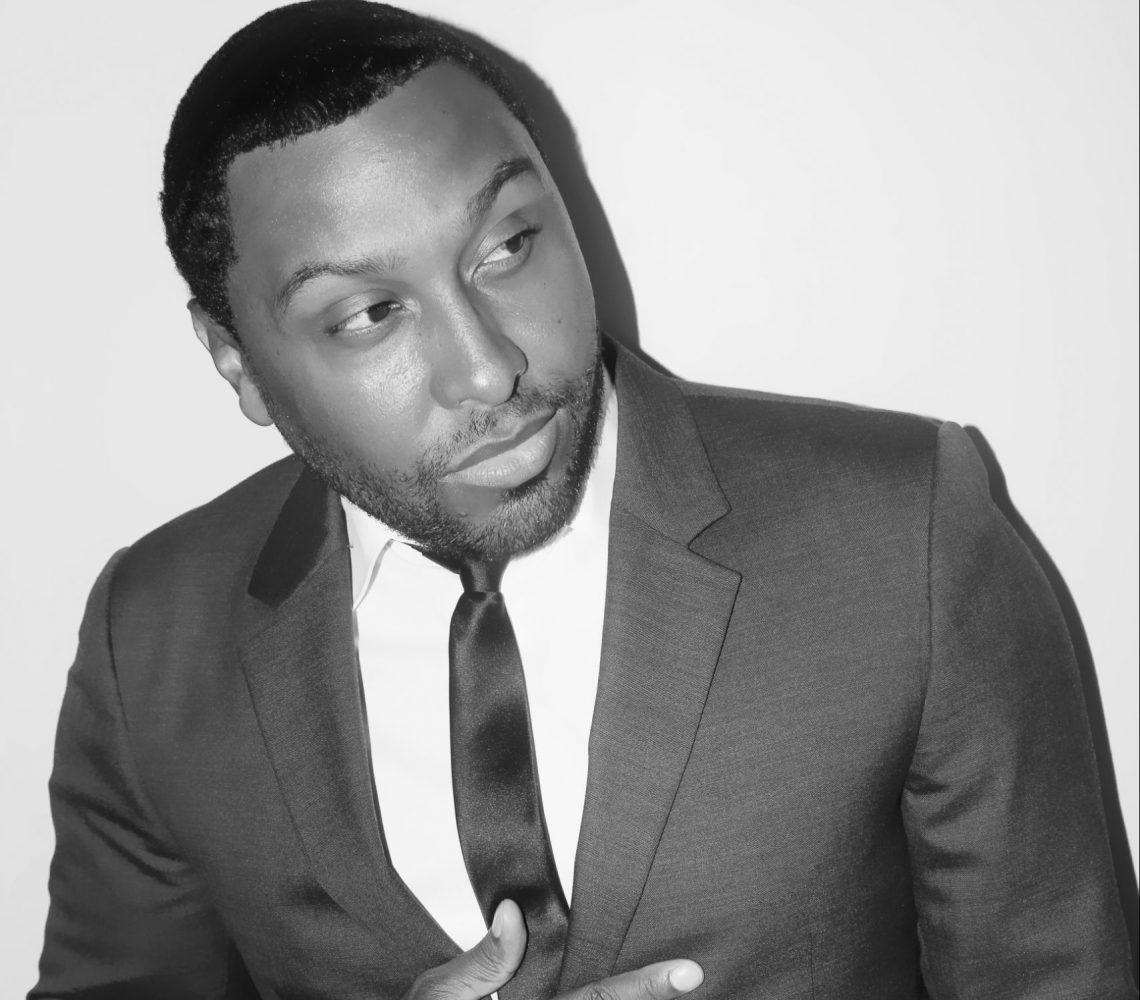 Reviews & Dunn: You got your start back in 2004 working with Kay Gee on the song “Family Reunion”. Prior to that, who were some of your early influences growing up?

Noel Gourdin: The film The Cookout was the first film that I’ve had my music in, and Kay Gee was the Music Supervisor and wanted to have a record that I cut specifically for the film entitled “Family Reunion” to be part of it. I was blessed to have had the opportunity, and because the film never released a soundtrack, I still get messaged to this day about the unreleased “Family Reunion” record.  Early influences were the Artists that my Pop was listening to; Tyrone Davis, Johnnie Taylor, Marvin Gaye, Sam Cooke, Brook Benton, Otis Redding and Jerry Butler to name a few.

Noel Gourdin: Yes, the immediate success’s “The River” had was a shock to the system. I say that because it just seemed to be a testament of what people were starving for. It’s a timeless record that people of all creeds, color and ages can relate to, and it was a welcomed whirlwind to be swept up in. I also believe that people are still starving for records like “The River”, and in fact always will.

Reviews & Dunn: Your first album featured some big names on the production including Rico Love, Salaam Remi and Raphael Saadiq. How was your experience working with Raphael on the song “P.Y.T”?

Noel Gourdin: I was most certainly blessed to have worked with some very big and respected names in the Industry from the gate. Raphael Saadiq is one that I’d say was easy and enjoyable. We first hit it off because we had discovered that we were both fans of a lot of the chopper shows that were popular at the time. From there it got easier to be able to create together, and to see his genius at work. I learned a lot from Ray, and its lessons that I’m able to share with younger Artists that I work with, or just able to help in my day to day.

Reviews & Dunn: There was a three-year gap between your first and second album. Why did you decide to leave a major label to go the indie route?

Noel Gourdin: The three-year gap wasn’t by choice, I assure you. We were actually dropped after having a HUGE Hit, being “The River”. There were a bunch of reasons and most of them were not even related to music in any way, shape or form. I just wanted to make quality music, and have people around me that believed in me, my movement and vision. It’s been a very tough road, and still is, but I’ve crossed the point of no return. Also, making music and spreading the word and messages on my heart are too important to me to quit.

Reviews & Dunn: The second album Fresh: The Definition was led by the single “Beautiful”.  What was the motivation for the lead single and album title?

Noel Gourdin: “Beautiful” is a record for ALL the Women of the world that have been disrespected, degraded, abused or that are called out of their name. This record will always be relevant because Women are the Mothers of the Earth and the most “Beautiful” creatures walking it. The album title (fresh: the definition) came from me breaking out of a terrible dark place of depression and fighting my way back to realizing how incredibly Blessed I was. I felt fresh, and like a brand-new person essentially, shedding a cocoon. So that’s where the fresh came from, and the definition came from Courtney Harrell, she suggested it because I felt literally like the definition of fresh while talking in the studio after recording “Change For You”. Hence the title fresh: the definition.

Reviews & Dunn: One of the things I respect about your discography is the omission of guest rappers and the focus on singing. Is there a reason you’ve never done a song with an M.C.?

Noel Gourdin: The omission of rappers has really been a semi unconscious thing. I love true lyricists and those that are great at their craft. I guess I just felt that I wanted listeners to fall in love with me, my voice and my messages more so than being loved because of an association to someone that’s more popular or famous than I. It’s kind of ironic that most folks today are on the complete opposite end of the spectrum, if you have an endorsement or a champion these days, you’re golden.

Reviews & Dunn: City Heart, South Soul was your third album. That album had a very late sixties/early seventies feel to it in my opinion. Was that the vibe you were going for?

Noel Gourdin: City Heart, Southern Soul was a project that I wanted to make that made me absolutely happy every time I went to the studio. Not like I didn’t when I was making my 2 prior albums, but these were the type of records that Artists that I grew up listening to, and that made me want to be a music maker, inspired me to make it. On City Heart, Southern Soul I was able to do that.

Reviews & Dunn: “You’re My Music” is one of my favorite love songs of the last ten years. How did that collaboration with Brian Culbertson come about?

Noel Gourdin: Brian Culbertson told me that he had started creating the music for “You’re My Music” and he said after hearing my records on the radio, he could hear my voice and no one else’s on it in his head. He had reached out to me and told me he wanted my voice on the record, the rest is Contemporary Jazz history so to speak. So, I was ecstatic when he just recently told me the same when he reached out to ask me to be part of his “XX” album on a record we collaborated on entitled “The Truth”. So, stay tuned, and a HUGE shout out to my SoulBrotha Brian Culbertson.

Reviews & Dunn: What is the one thing you would say is missing in modern R&B?

Noel Gourdin: The one thing that I feel is missing in modern R&B is “LOVE”. There really is a shortage of Love in today’s music, more so than feeling, which would be my second thing that’s missing. But hey, what do I know, this music and these Artists are moving units that I could only dream of moving.
So……. yeah.

Reviews & Dunn: I understand that you grew up in Boston. I’m a huge New Edition fan, so if you had to pick, would you rather see New Edition with Bobby Brown or with Johnny Gill?

Noel Gourdin: I grew up in Brockton, MA which is a suburb 20 mins. south of Boston. New Edition was always HUGE in my heart, they were our Temptations, or Spinners or Manhattans. If I had a choice between NE with Bobby or Johnny, it’s no contest IMO, it’s GOT TO BE Bobby! Period full stop. LOL!

Reviews & Dunn: Musical biopics are one of my favorite movie genres. Is there any artist’s story you would like to see told or an artist you would love to portray?

Noel Gourdin: An Artist’s biopic that I’d like to see told? I’d have to say Marvin Gaye. I just think he’s the best that I’ve ever heard do it. His voice, his swag, his messages spanned far and wide, to suit every mood you could ever be in or emotion you could go through. I’d love to be able to play him, but I wouldn’t even attempt to sing his records. I mean…. its Marvin Gaye.

Reviews & Dunn: What do you have on your musical docket for 2020?

Noel Gourdin: My musical docket for 2020 has gotten off to an incredible start! I’m working on records daily, a single will be released and pushed in this first half of the year. I’m featured on records with Brian Culbertson, Canita Rogers, Kenya Johnson, and Hil St Soul to name a few. I also have other collaborations in the works with Artists that I’ve wanted to work with for a very long time, so fingers and toes crossed for those. Stay tuned, I’M BACK!

Reviews & Dunn: Where can your finds find you on social media?

Noel Gourdin: I’d like to add that I truly appreciate ALL that have supported me! I thank you, and I’m going to NEED you to continue to Support and Spread the word of my Music Movement. Thank you for the interview opportunity!