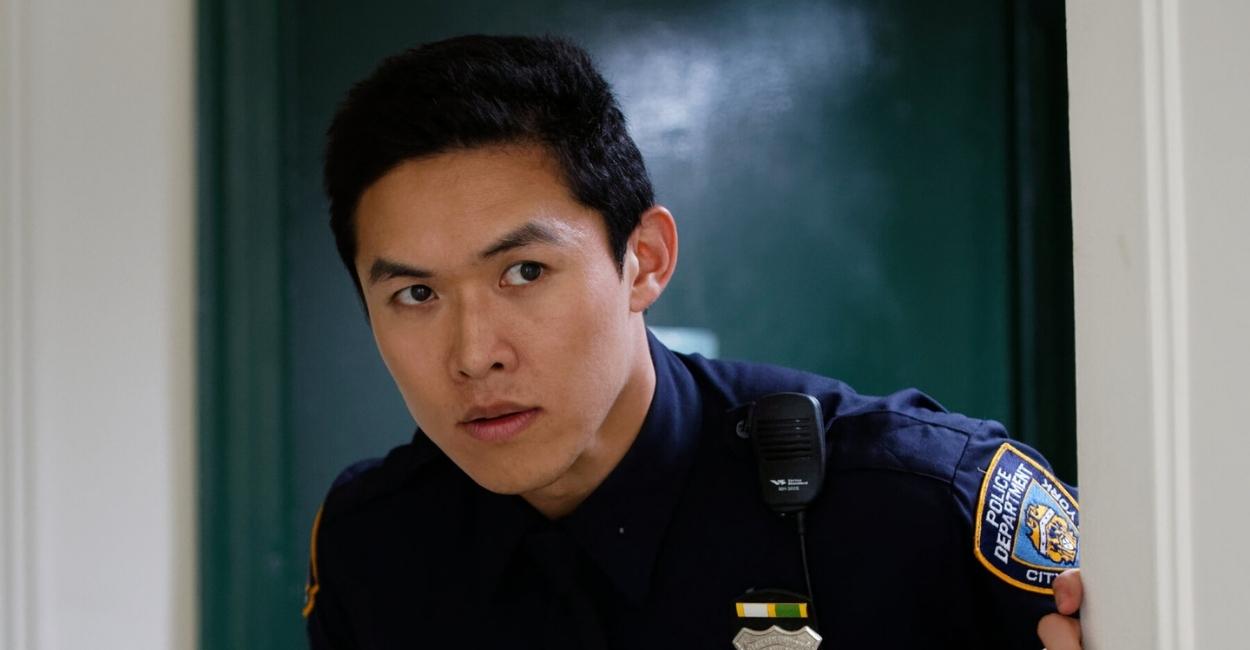 Race relations serve as the backdrop of director Aimee Long’s feature debut, A Shot Through the Wall from Vertical Entertainment. Chinese-American Officer Mike Tan (Kenny Leu) is in his early twenties and still living at home with his parents, one of whom is his overbearing mother, May (Fiona Fu). While on the job one day, Mike and his partner Officer Ryan Doheney (Derek Goh) run into some youths, and amid a series of miscommunications, one of the youths takes to offsetting our plot in motion.

Mike shoots and kills an innocent African-American man in a Brooklyn apartment. This incident leads Mike to wade through his guilt as he attempts to navigate the intricate and complicated worlds of media, justice, and racial politics in modern-day New York. Long opens up her film by introducing us to Mike and his mother speaking their native tongue. I respected this opening as it was a great way to set up Mike’s arc.

Initially, I had the impression the film would take a pro-police route, especially after the first scene of Ryan and Mike during their interaction with the young black men. Long’s scripting of the scene is realistic and something we have seen repeatedly. I also want to commend Long for not actually showing the shooting and instead, just letting us hear the shot.

Leu does an adequate job in the lead role, and I liked seeing him as an unknown, as it allowed me to understand his arc a bit more. Nearly every angle is touched upon in the film, from social media to family and the legal process for officers when a shooting happens. One angle I want to commend the directors on is Mike’s girlfriend Canada Walker (Ciara Renée) who, in the film, is African American and the daughter of his captain, D.C. Walker (Clifton Davis)

D.C. knows Mike is a good kid and cop and wants the best for his employee.

Canada puts Mike in his place when he refuses to accept full responsibility. This brings me to one of the problems in the film, as we never get a glimpse into the emotions of the victim’s family. Long keeps the film’s run time short, and there are some strong moments with Mike as he tries to figure a way of his situation; however, the victims needed some more substance.

Despite a few questionable narrative choices, I will recommend A Shot Through the Wall. The leads in the film are primarily unknown and do a solid job. Additionally, veteran actors Dan Laura, Clifton Davis, and Tzi Ma are always a joy to see on screen. When the film does reach its realistic and honest ending, we continue to realize how much police brutality affects all people of color.